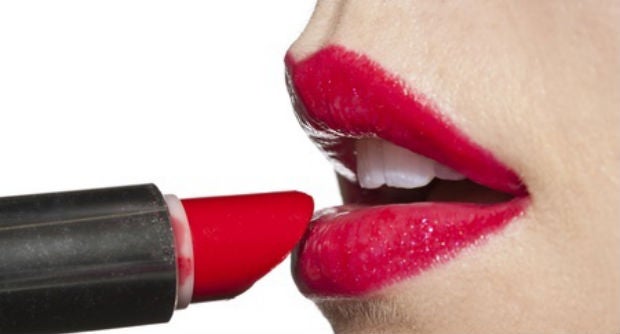 5,000 lipsticks for Marawi: The relief effort that got social media abuzz

A rather unlikely call for donations popped up on social networking sites last Friday: an appeal for lipsticks and makeup for teachers and female volunteers in Marawi, which has been under siege from a terrorist group for the past several weeks.

“In our experience, during Supertyphoon ‘Yolanda,’ we found that aside from physical nourishment, it is important to also help uplift [the public school teachers’] spirits and give dignity,” said the letter, attributed to Rey Laguda, executive director of Philippine Business for Social Progress (PBSP).

“One effective way to do this was to help teachers feel beautiful by giving them lipstick and makeup. Consequently, the smile on teachers’ faces can infect thousands of students and provide hope… We hope you can be part of this simple but effective gesture of solidarity by providing dignity through beauty.”

PBSP is described as “the largest corporate-led, nonprofit social development foundation in the Philippines,” and has been active in relief efforts in Marawi.

While netizens mostly responded with enthusiasm to Laguda’s call, some were critical. They said the people on the ground had more important needs during the ongoing crisis than frivolous things like makeup.

But other individuals quickly defended the lipstick drive, citing that it’s not a long-term solution, but just a move to show solidarity with those affected on the ground.

This isn’t the first time that PBSP held a lipstick drive. It first came about in the aftermath of Supertyphoon “Yolanda” in 2013, according to writer Nash Tysmans, who worked as a communications consultant in the Department of Education during the tenure of Bro. Armin Luistro, FSC, and who describes herself as a “friend of PBSP.”

“When ‘Yolanda’ struck, DepEd was among the agencies providing frontline services and checking on teachers’ and students’ welfare in the affected communities,” she said. “When Brother Armin was going around, he met a teacher who inspired him because she had lost everything and still continued to do her duties. The secret was in the lipstick! She wore it to feel confident, as a boost to her morale. So, this was a story that he would tell on many occasions in honor of this lady’s courage and strength under stress.”

In Marawi, Luistro was again on the ground with the PBSP team. He brought up the lipstick story to a volunteer and was surprised that the teachers remembered.

“If you’ve ever worked with Brother Armin, you’ll know that he’s relentless,” Tysmans said. “He’ll really go after what he thinks is right.”

On the way back to Manila, Tysmans said Laguda found himself making calls for lipstick and other makeup to distribute to the teachers and development workers in Marawi. His initial intent was just to reach out to companies, not individuals.

“His phrasing of it as ‘an expression of solidarity’ with the women and teachers of Marawi moved me,” said Tysmans.

“It just struck me that beyond people’s basic needs, there would also be small things that would help them cope—feeling beautiful is one, and I say this knowing full well that no amount of makeup can ever make us feel whole, di ba? But we can certainly feel good, and our paradigms for development should also consider these things to help people deal with crises.”

Tysmans was among the dozens who shared Laguda’s letter on Facebook. “I didn’t think that the post would be shared so widely, and that there would be genuine interest in it. I am always with serious development folk so I got giddy when other friends shared it, too.”

Laguda has exceeded his target of 5,000 lipsticks. Many Facebook users pledged to send other miscellaneous grooming and personal-care items like sanitary pads, soap and shampoo.

A comment on Tysmans’ wall said how moved one woman was during relief efforts following the Zamboanga siege in 2016: The hygiene kits distributed to the victims included a comb, and she hadn’t combed her hair in weeks.

“The thing is, the crisis is so big that it will really need all of us to make an effort and help in ways we know how,” said Tysmans. “And there’s room for everyone to contribute. Besides, rather than criticizing the call for lipstick, I posed the challenge to critical friends: What are the small things, small pleasures that add meaning and joy to your life? Many of them shared their little must-haves and must-dos—and that’s when it drove the point home.

“This is not for long-term development, just lipstick you hand to a teacher in Marawi to tell her: ‘We haven’t forgotten you, and while everyone is trying to get you all the help you need, please accept this small gift from us. We hope it gives you a boost and makes you feel confident to face what you have to face.’”

Tysmans said she was heartened at the response of individuals she doesn’t typically see commenting about the crisis.

“You cannot imagine how happy it makes me to hear friends who would otherwise never speak about Mindanao, find interest in the experience of evacuees fleeing conflict,” she says. “We can talk intelligently about these issues, and gush over new lip tints, mascara, the latest trends—pwede naman, di ba?”

PBSP is still accepting other forms of donations.

“The best thing that those of us living outside of Marawi can do is to educate ourselves about our people, their culture and their experiences,” said Tysmans.

What Tysmans is saying is, get involved in whatever way you can—even by donating lipstick. It could mean the world to a woman who just needs something to get her through another day.