Why you should catch ‘Sister Act’ at Solaire Theatre | Lifestyle.INQ ❮ ❯ 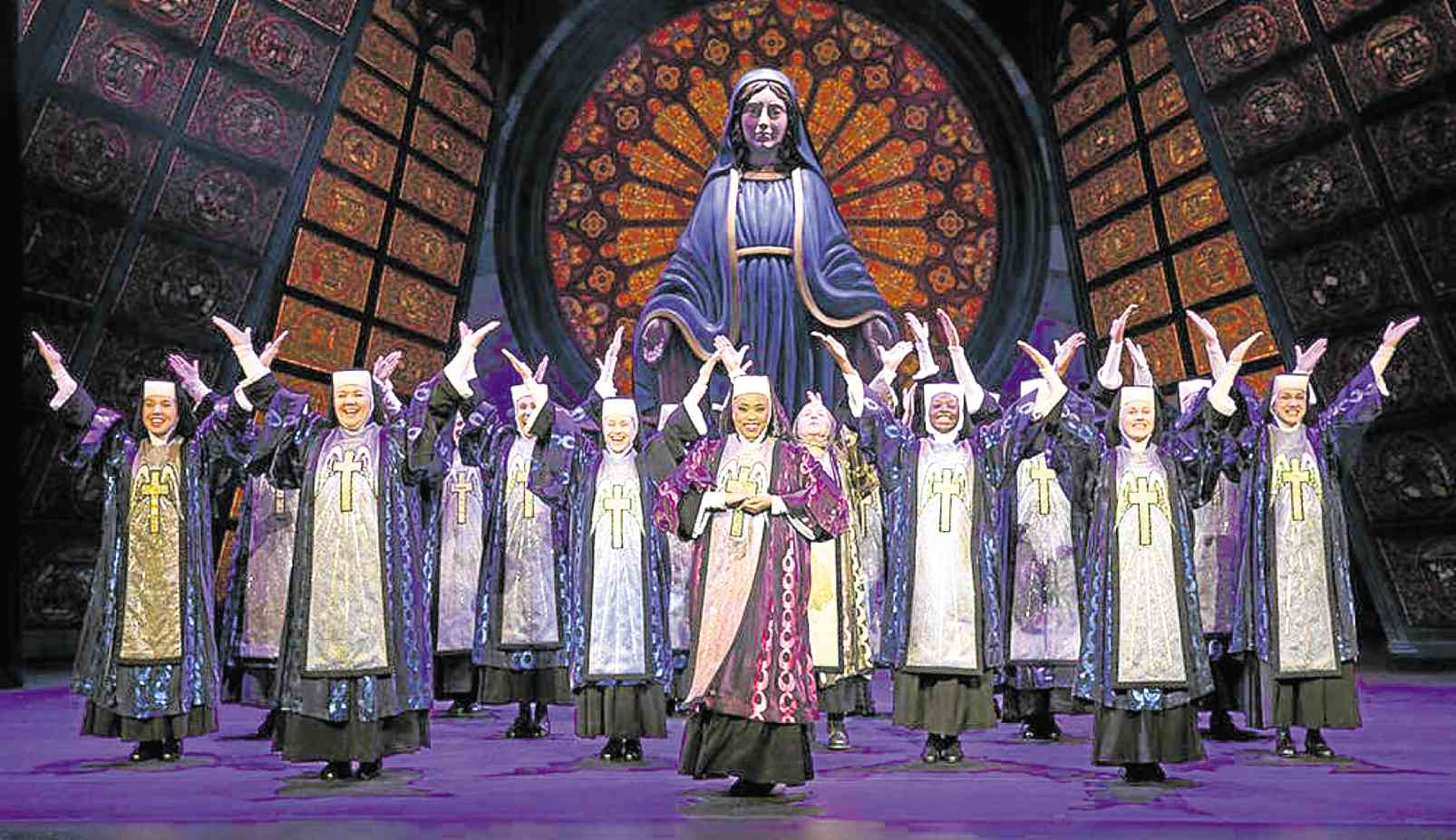 “Sister Act” opens June 27 at the Theatre at Solaire

Why you should catch ‘Sister Act’ at Solaire Theatre

There are three reasons to catch the Broadway hit musical comedy “Sister Act,” which starts its two-week run on June 27 at the Theatre at Solaire: the music, the cast, and a few insights from the story.

The music is inspired by disco at its peak in the ’70s, a progression from the mainly ’60s soundtrack in the original 1992 film of the same title starring Whoopi Goldberg, from which the 2006 stage version is adapted.

Which means there’s a funky swagger in between the soul, R&B and gospel sounds that animate the story.

“Sister Act” revolves around club singer Deloris Van Cartier (Dene Hill) who witnesses a murder, and is put by police officer Eddie Souther (Will Travis) into protective custody in a convent, where she breathes new life into the church’s mediocre choir, much to the shock of the nuns’ Mother Superior (Rebecca Marson-Wygel).

The cast members, whether playing lead or support, define the essence of outstanding ensemble performance.

It seems like a new restaurant opens every few weeks along Maginhawa Street food row. Two of the latest ones are Soru Izakaya and Let’s Be Sili.

Soru Izakaya, which is rather spacious by Maginhawa standards, has an extensive casual Japanese dining menu. Though we chose to order the familiar such as spicy maguro salad and salmon sashimi, with San Miguel Super Dry beer, next time is a good opportunity to try out its aburi and kushiyaki selections to go with sake.

Incidentally, Fridays until June 30 are Sake Nights with DJ music.

In contrast, Let’s Be Sili is so small it seats only about 15 people. But it’s big on taste, and not just because of the spices that pepper the dishes like Sardinas Thin Pizza (P119) and Thrice-Cooked Sisig (P149).

Everything is cheap because they’re in small servings, which means you can order more.

We just hope the San Miguel Pale Pilsen (P55) is chilled on our next visit.