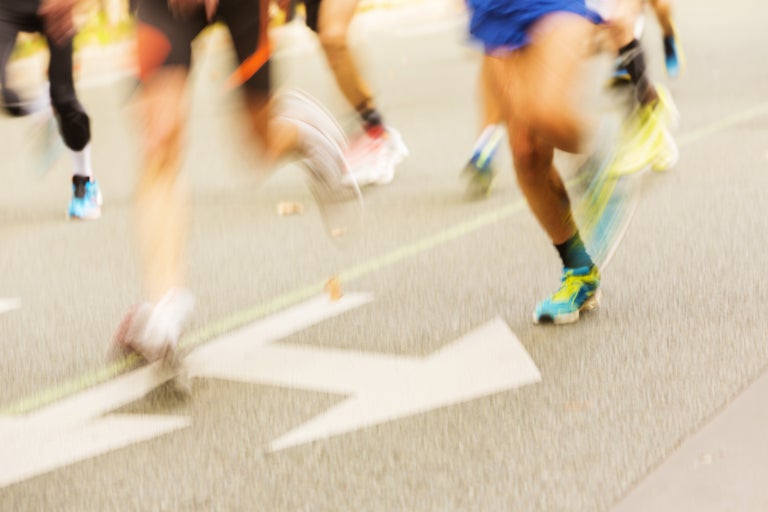 New research has found that lightweight running shoes could be causing more harm than good for heavier runners.

Although lightweight running shoes have grown in popularity in recent years, including those trying to mimic a barefoot running experience, the new study suggests that the amount of padding you choose should depend on how much you weigh.

Carried out by the University of South Australia’s Sansom Institute for Health Research, the researchers looked at the 61 trained runners across a 26-week period.

They found that runners who weighed more than 85 kilograms, as the average Australian male does, and trained in lightweight running shoes were over three times more likely to sustain an injury than when wearing conventional running shoes.

However, lighter runners, those weighing less than 71 kilograms, were able to improve their performance when running in lightweight shoes and without the risk of injury.

“Heavier runners, weighing more than 71 kilograms, also improved their performance in lighter shoes, but had more injuries in that shoe type, and the heavier the runners got, the greater the risk of injury,” commented lead researcher Dr. Joel Fuller.

The findings led the team to suggest that when choosing running shoes, the best shoe choice depends on how much you weigh.

Co-researcher Professor Jon Buckley pointed out that the findings are specifically connected to body weight, not body mass index (BMI), and that running distance should also be considered when choosing shoes, regardless of body weight.

“Weight produces higher impact forces that increase injury, regardless if this is the result of being a taller and possibly heavier person, or a person carrying a little more weight than average,” Buckley said. “By following the bodyweight guidelines for using minimalist shoes, runners can avoid unnecessary injuries that result from inappropriate shoe choice.” JB

New to running? 5 answers to 5 questions to get you going