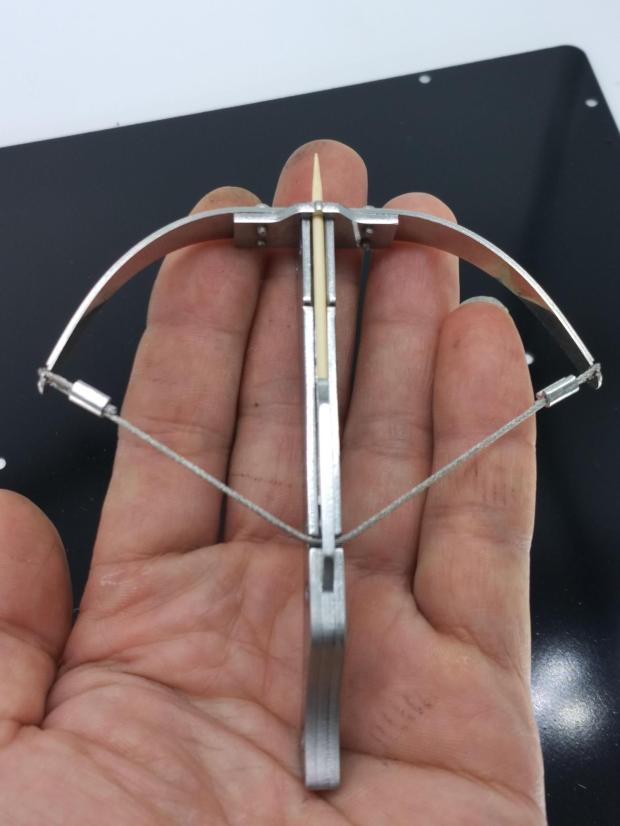 A new toy trend has been spreading in China lately that has parents concerned for the safety of their children.

The said toy is a toothpick crossbow, designed to launch a toothpick through the air like a miniature crossbow, reports Shanghai Daily.

A toothpick for ammunition may not seem particularly dangerous, but when swapped with a metal needle, the crossbow becomes a weapon.

Tests have shown that a needle fired from the miniature crossbow could crack a sheet of glass when aimed properly.

The toy is easily bought over at Chinese online stores, priced between 10 to over 100 yuan (P73  to P730). Shop owners commented that the toy is very popular and gets quickly sold out.

Parents have expressed their concern regarding the dangers of the toy. A toothpick launched from the crossbow may not pierce the skin too deeply, but it could easily damage the eye if hit. These parents have called upon government regulators to ban the toy before anyone gets injured. Alfred Bayle/JB