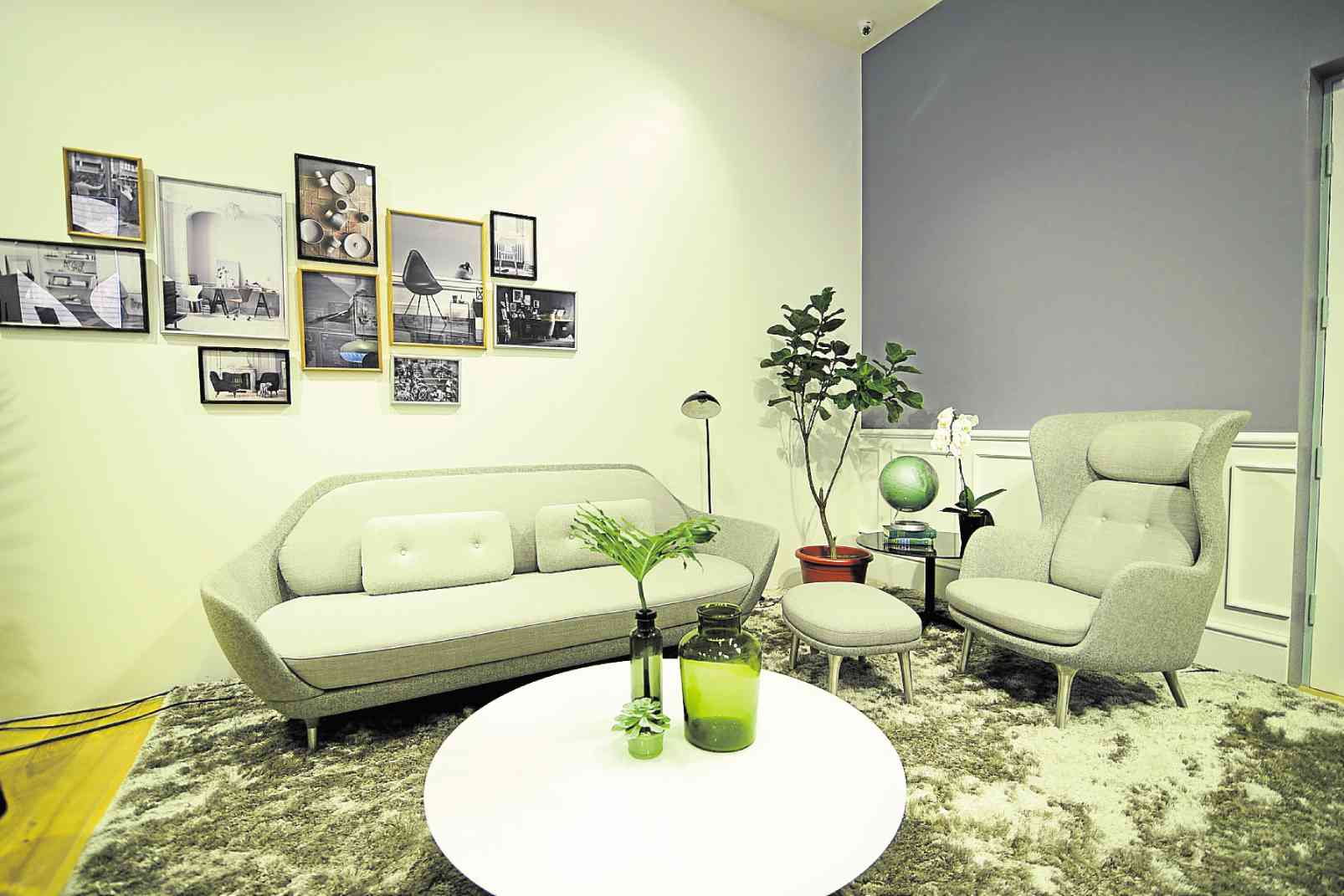 The Republic of Fritz Hansen has found the Arne Jacobsen of our time.

Ro Easy, with swooping lines and cutaway silhouette, is inspired by the Jacobsen masterpieces Egg and Swan chair. Its curvilinear shell gives one a choice of mingling with the crowd or reclining in one’s own private space.

Dario Reicherl, House of Fritz Hansen’s vice president for Asia Pacific and the Middle East, tells Inquirer Lifestyle: “If you look at Ro Easy you cannot give it an age. That’s how you create an icon. It should still be relevant even after decades of production. If you look at Jacobsen’s the Egg, people think it’s a three or five-year-old design. But that’s actually a 69-year-old design.”

The late Jacobsen, whose decades-old Egg, Swan, Series 7 and Ant, has himself remained an icon in sculptural furniture design. His works reflect the Nordic approach and concept of beauty, consistent with Fritz Hansen’s design sensibilities.

But Hayon is on his way to becoming one of the masters. Last April, his modular Lune Sofa debuted at the Salone del Mobile in Milan. Designed with his characteristic sculptural and curvy composition, the Lune Sofa can easily blend with Fritz Hansen pieces.

“It looks very natural, like the human body—everything is round and has curves. Nothing is angular,” says Reicherl.

Like all things Fritz Hansen, the design is just as important as the craftsmanship—it must be comfortable, usable and durable to last generations.

“Danish design is like peeling the onion,” Reicherl points out. “You show them something, and you take it apart piece by piece. It’s like taking an onion and you start peeling it. They find beauty in the simplicity. That’s why Dan ish designs have iconic pieces. It’s the opposite of Italian and American design.”

Hygge, a Danish quality of “coziness and comfortable conviviality,” is the soul of every Danish design, Reicherl explains.

It’s like capturing a moment in time when everything is just perfect. And it is that single moment, that fraction of a second, that designers capture and interpret into furniture.

“Nine out of 10 in Denmark has a Fritz Hansen because it has been with them for three generations,” says Reicherl. “If you go inside a house in Denmark, you’ll find it warm and cozy. Little corners have candles or a plant or a rock or a fireplace. They recreate this vibe of happiness, so they spend more time at home than out.”

Fritz Hansen is the most copied furniture brand in the world, says Reicherl. Jacobsen’s classic Series 7, for instance, has more than 10 million chairs so far. It is the most produced chair in history, the longest selling and also the most copied chair. “We stop containers on a weekly basis, but in Asia there is no regulation,” he adds.

For a piece of furniture to be widely recognized means breaking traditions and coming up with something completely new and, well, mind-blowing.

In 1952, for instance, Jacobsen came out with the Ant. It was made of steel and laminated veneer with a small cast of wood, at a time when everything was made of wood.

Apart from that, it had what Reicherl describes as “a funny design that looks like an ant.” Even more revolutionary, it was stackable—the first of its kind.

Reicherl says, “People were wondering, ‘What is this?’ Then a bank ordered it for a canteen and so we began designing and designing. And that’s how we became a design company. Before that, we were just a very, very good and very skilled furniture manufacturer.”

Denmark, adds Reicherl, is credited with around 40 percent of great furniture designs worldwide. Fritz Hansen has around 35 famous pieces.

“When a design is very strong,” says Reicherl, “your eyes get tired of it. When something is simple and refined, you will never get tired of it. You will always want to have that thing with you because it makes you feel comfortable.”