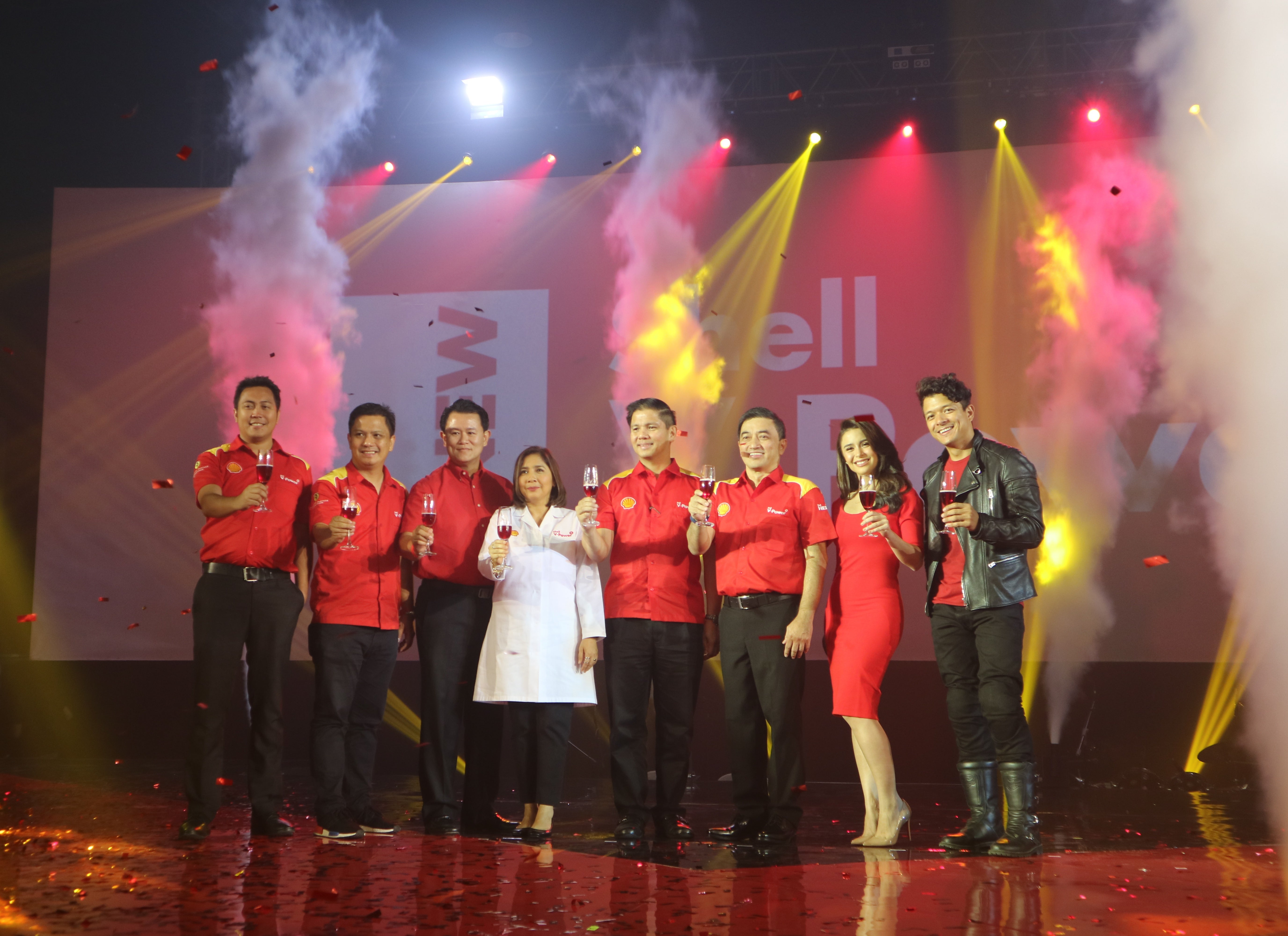 Best made even better: #FuelYourBest with the new Shell V-Power

Shell unveiled the new formulation for its premium line of fuels in an event held at the SMX Convention Center in Pasay last June 8, 2017. The new Shell V-Power is the company’s best fuel that promises both performance and efficiency. It was co-developed by Shell with Scuderia Ferrari, the oldest and most successful team competing in Formula One racing.

The launch began with a convoy of influencers and members of premium auto/motor organizations, with the participants coming from three locations: Shell SLEX Mamplasan, Shell EDSA Barangka, and Shell U.N. Avenue.

The main event, hosted by model and lifestyle personality Joey Mead King, featured the unveiling of the new Shell V-Power as well as the introduction of the brand’s newest ambassadors, actors Yassi Pressman and Jericho Rosales. There was also a special guest performance by Bamboo.

In his opening speech, Pilipinas Shell President and CEO Mr. Cesar G. Romero shared that the Philippines is one of the first wave of countries where the new formulation was launched.

“…This new product we are launching was developed through the hard work of our team of engineers and scientists across the globe with the sole interest of providing the best product for our customers,” Mr. Romero said.

As part of the night’s program, Shell Fuels Scientist Mae Ascan gave a presentation about the breakthrough behind the new formulation. The improved Shell V-Power has DYNAFLEX technology, which helps maximize energy from the fuel and improve engine condition.

Because of its cleansing and friction reduction capabilities, Shell VPower can restore up to 100% of an engine’s performance. According to Pilipinas Shell Brand Manager Mark Malabanan:

“It’s our best made even better. Whatever type of drive you have, whatever terrain– whether you’re travelling through EDSA or through provincial highways, we have our best ever product for you, for any type of vehicle as well.“

Shell’s long-running partnership with Scuderia Ferrari played an important role in the development of this new premium formulation.

“With the development of Shell V Power, Scuderia Ferrari really helped us test it… so that we know that our fuel can withstand the most powerful engines and give out the best in terms of performance and efficiency,” Mr. Malabanan said.