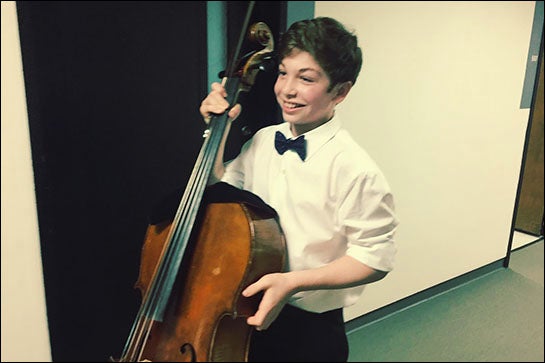 Premier performing arts school Juilliard is where any artist dreams to be.

Last May 2017, at 11 years old, Penelope Trunk’s son, who plays the cello, achieved in one go what usually takes years of auditions. Trunk, a writer and entrepreneur, has chronicled her son’s musical adventures into the premier institution at her website.

While she is proud of his achievement, Trunk also says she was “not surprised.”

She openly shares the long journey to his acceptance to Juilliard, showing that it isn’t genius or being a prodigy that makes one successful: it is bravery, hard work and sacrifice.

She admits that her son had to give up a “normal childhood” so that he could master the craft. At six years old, he attended a camp where he took to practicing six hours of cello a day.

Being with the best teachers meant long drives of up to 16 hours a week, and eventually, hotel stays and flying around the country.

“Some weeks we spend more time in the car than practicing,” she says. “He traveled so much for cello that when he joined sports teams, he couldn’t play the games because he had cello on Saturdays.”

Trunk herself also put everything on the line for him. She adjusted her work schedule so that she could travel with him. She also learned the cello so that he would always have someone to practice with—all these on top of founding start-ups and homeschooling her sons.

She shares that the community of families supporting their kids in this endeavor helped them along the way, and that they too made several sacrifices.

“I start to notice patterns among kids who gave up their childhood to be great at something,” she observes. “Families relocate. Parents divorce. Coffers are empty, or bankrupt.”

The stress is both physical and emotional. “He had bags under his eyes every Wednesday because his cello class on Tuesday was for high schoolers so it ended at 10 p.m. He went to sleep with headaches. He skipped meals because of sores in his mouth,” relates Trunk.

At one point, she fainted from stress. She eventually hired a child psychologist to help her son cope with the pressure: “It’s a tossup as to who the psychologist is helping more: me or my son.”

Whether or not he made it to Juilliard, the journey is more than worth it, seeing her son’s immense commitment to his craft. At the audition, all she wanted to do was “to hug him and high-five him and tell him he blows me away with his hard work.”

And in the end, they’re still mother and son. When she takes pictures of him for his Juilliard audition, he tells her, “Mom, put your phone down! You’re embarrassing me.”

To read about career advice and other insights on parenting or life in general, as well as for the full story on her son, visit Trunk’s blog at penelopetrunk.com. JB