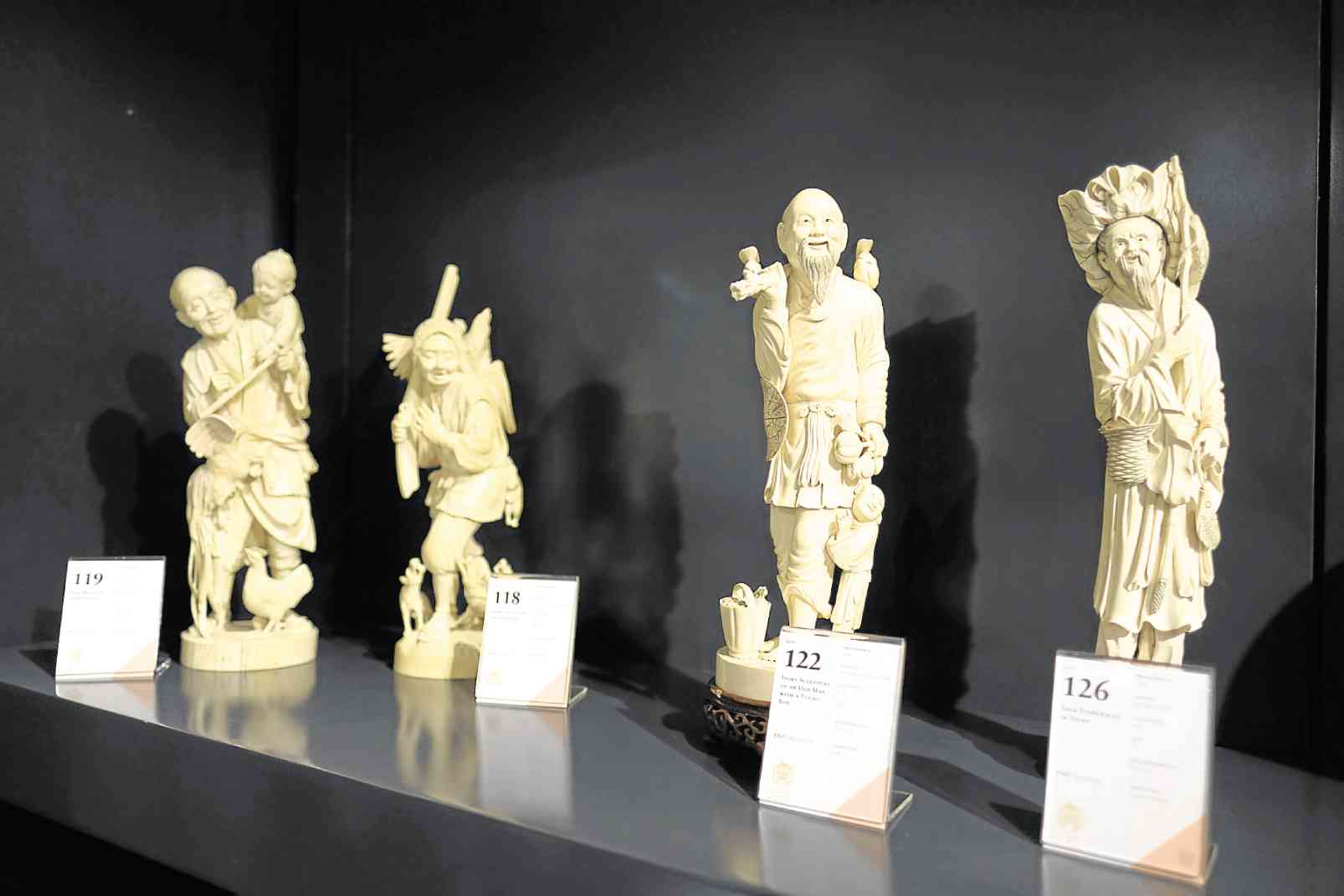 Art auction takes you back in time to exotic places

One will be afforded a glimpse into the romance of history on July 1 when Casa de Memoria holds the auction “Age of Exploration.”

To be bidded out are rare oil paintings, Chinese porcelain, religious sculptures and other antique fixtures that speak of eras past.

Inspired by the golden age of trade between Europe and the Orient, the auction bears the rich cultural and intercontinental exchange manifested in the pieces.

There’s a pair of 19th-century Chinese armchairs adorned with mother-of-pearl inlays, as well as marble seats and backs.

Meticulously crafted with elaborate inlaid work, these chairs flaunt motifs of flowers, foliage, fruits, Chinese shou, birds and other animal figures.
For those looking to diversify their art collection at home, an Orientalist painting of an African warrior by celebrated French artist Émile Henri Bernard is up for grabs, too.

Dated between the late 19th and 20th centuries, this signed artwork deviates from his postimpressionist signature, making it a rare piece.

There’s also the French Secrétaire à abattant (or Fall-front Desk) from the mid-18th century. This beautiful piece of rosewood furniture juxtaposes chinoiserie aesthetic with Rococo in the style of Louis XV.

Make sure to get your piece of the cultural cake, as each item gives us a slice of lives lived in faraway places.

“As a temporary home for international art, Casa de Memoria is taking these pieces on a voyage across continents by finding them new owners in the Philippines,” said Casa de Memoria director Angelique Lhuillier. “Some pieces have taken generations to get here, passing from one collector to another.”
The “Age of Exploration” auction will be held  July 1, 2 p.m., at Casa de Memoria, Jupiter and Comet Streets, Bel-Air, Makati.