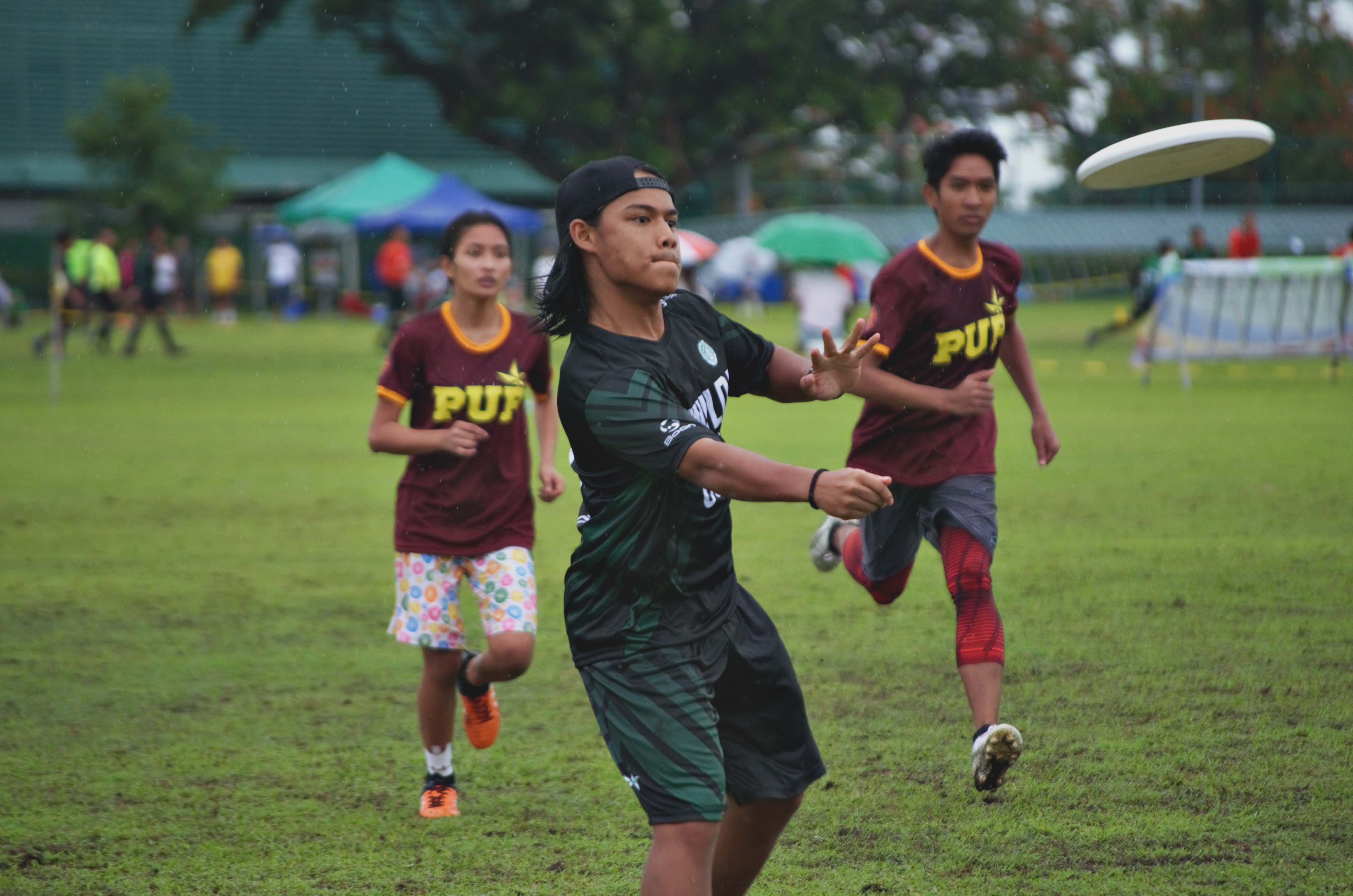 Ultimate Frisbee is establishing a name for itself in the country’s local sports scene, beginning with amateur tournaments such as of the National Ultimate Collegiate Championship, which is on its fifth year since its establishment in 2012.

Last year, the University of the Philippines Diliman (UPD) Ultimate fell short against De La Salle Ultimate (DLSU) as the two faced each other in the finals of the National Ultimate Collegiate Championship (NUCC), the highly anticipated intercollege ultimate frisbee competition.

“We focused on improving the younger guys because our primary players are already good,” says team captain Jio Cariño in the vernacular. “We also developed our offense and defense, and we communicated well throughout the tournament.”

Even before the June 10-11 event at the Alabang Country Club, Cariño knew that teamwork was one of the barriers UPD has to overcome. “Our biggest challenge was definitely our chemistry. We haven’t been able to train as a complete team. But we were still able to do something about it.”

With pressure mounting as they faced the Taft-based squad once again, Cariño cited one key player who helped soothe frayed nerves. “Jamel Pangandaman, a senior member and a master’s student, was there to calm us down.”

Bittersweet victory
Meanwhile, Philippine Science High School (PiSay)-Team B were crowned champions of NUCC’s high school men’s open division. It was a bittersweet battle and victory for the contending finalists, as two PISAY teams went head to head to claim the title. PISAY Team B took down PiSay-Team A in the finals. Team captain Luis Ramirez II sensed fear within his team, which prompted him to motivate the members.

To overcome the more senior Team A players, the members of PiSay-Team B needed to believe in themselves. “From the start, I knew that we could win. So I pushed my teammates to aim for that and go all out. I didn’t want them to be scared because they were going against senior players.”

Regular communication
As the game progressed, the members of Team B gradually built their confidence by trusting each other, which eventually led to their win. “As a team, we communicate regularly, we tell each other what needs to be done and identify our mistakes from the last point. We constantly adjusted and helped each other do better,” says Ramirez.

Over at the women’s division, Miriam College thwarted PiSay Women’s bid for a championship title. Team captain and Finals MVP Pam Lapira attributed the triumph to teamwork and team spirit.

“The past games were rainy and windy and I think that affected our game and mindset,” she says. “But we were able to help each other clinch the championship.” —CONTRIBUTED