Soliman Cruz is back onstage and reclaiming his life | Inquirer Lifestyle ❮ ❯ 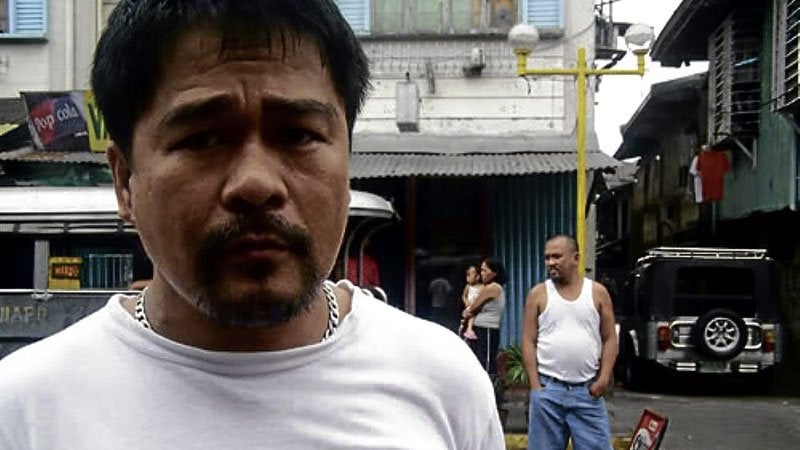 Soliman Cruz is back onstage and reclaiming his life

He kept hearing voices in his head—like Joan of Arc—although he was not quite a candidate for canonization. And he descended into the darkness, again.

In the early 1980s, young actor Soliman Cruz, along with Pen Medina, was one of the fair-haired boys of Tony Espejo’s Bulwagang Gantimpala Theater, a resident drama company of the Cultural Center of the Philippines (CCP) which specializes in prize-winning plays in Tagalog. (It complemented Rolando Tinio’s Teatro Pilipino, which presented the world’s classics in translation).

Cruz was first into supporting roles but Espejo soon took note of his acting talent and masculine appeal and cast him in lead roles, such as a Vietnamese refugee in Bienvenido Noriega’s “Takas.” He also showed a talent for directing children’s plays.

His career in theater seemed to be very promising—until the demons struck. Cruz fell into bad company, some of them visual artists, who seduced him into the intoxicating world of drugs.

His life unraveled and he became unhinged. Family problems led to a split with his first wife and he became distant from his children. He borrowed money from friends and did not repay. Stories about him grew. Some tried to help him but it was no go.

He went into rehab several times—in Bicutan, Metro Manila; in a house called “Damascus” in Bulacan province, and in Caritas, Cavite province.

Life seemed to coast along as he flitted between the worlds of theater, film and drugs. He even appeared as a father of petty thieves in the hit Cinemalaya film “Ang Pagdadalaga ni Maximo Oliveros.”

The years passed, alternating between lucidity and a haze-filled existence. But not too long ago, the malady began to grow worse. He began to wander around Roxas Boulevard and joked with friends who bumped into him that he was billeted in “the Sea Breeze Condominium,” meaning the embankments along Manila Bay.

He would talk to the paintings at the CCP and the Manila Metropolitan Museum. At first the guards humored him, but finally they banned him from the premises.

One not-so-fine night, he barged into the home of good friend Aba Dalena, the visual artist, and incoherently unburdened himself of all his troubles. Dalena calmed him, fed him and prescribed a good night’s rest. He woke up at noon and came face to face with another good friend, the poet Vim Nadera and his wife, a psychiatrist who informed him he was suffering from a “drug-induced psychosis.”

She recommended Metro Psych Facility (Roads and Bridges to Recovery) in Pasig City (www.metropsych.net). And so, troubled Cruz, aided by an unidentified sponsor, submitted himself to rehab again.

Now, his career is on the upswing once more, with an indie film to be shown in Cinemalaya on July. He is also appearing in Adrian Ho’s “Sincerity Biker’s Club,” a play directed by Jenny Jamora that is among the entries at this year’s Virgin Labfest, the annual festival of fresh one-act plays at CCP.

Cruz is looking good these days. There is a different aura to him. He seems to be at peace. Perhaps the therapy is succeeding. As he put it, he is learning to love again.