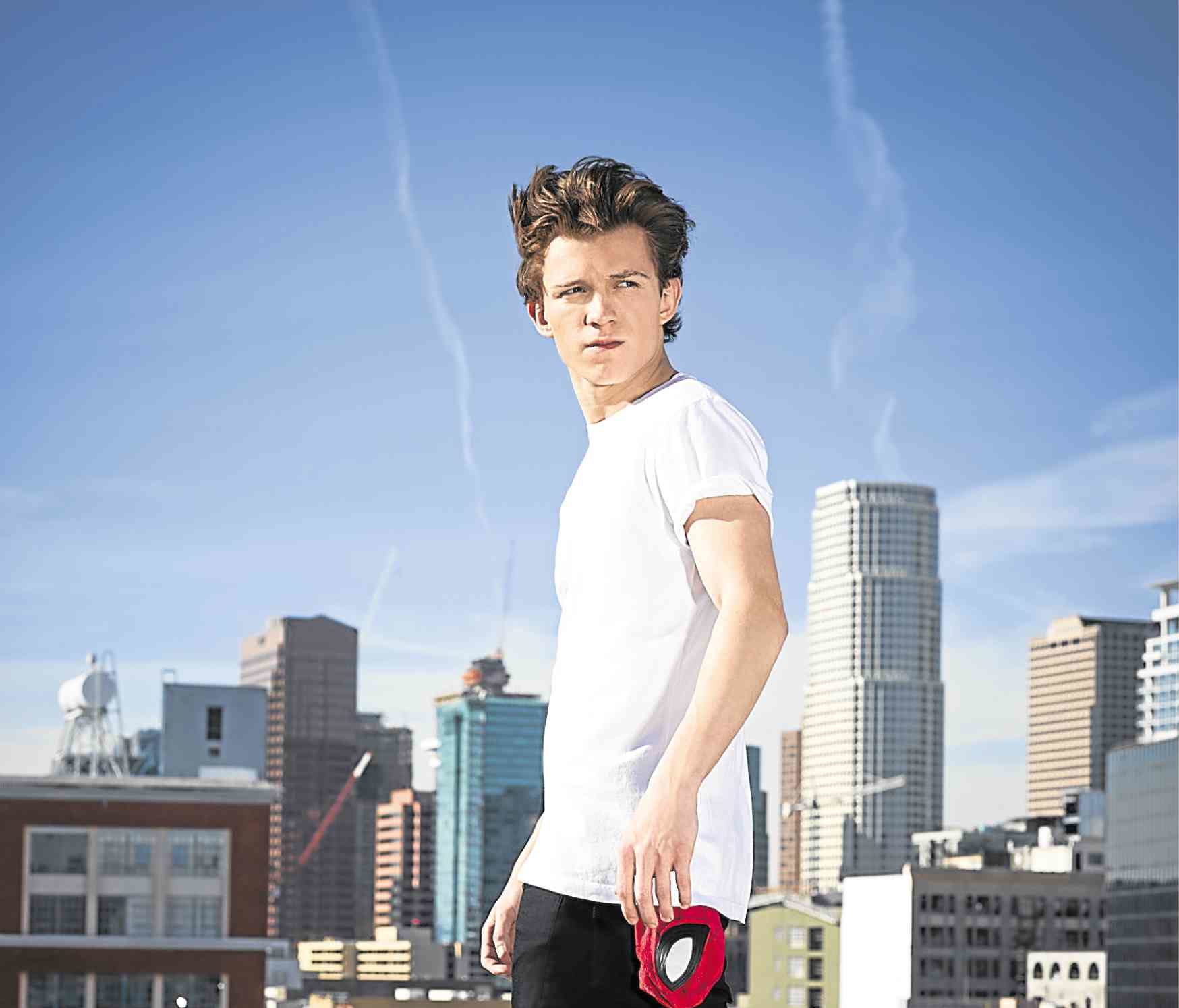 The naturally exuberant Holland makes for the perfect wisecracking hero.

Maybe Tom Holland really is Spider-Man. While speaking to the reporters, Holland is sitting back in his chair with his feet pushing against the table, nimbly balancing on one chair leg for minutes at a time. He’s wearing Spider-Man socks.

He’s also talkative and remarkably carefree, as if he’s not carrying the weight of a multimillion-dollar franchise on his young shoulders. At 21, he is the youngest actor ever to play Spider-Man. And he’s pumped.

After playing smaller roles in films such as 2012’s “The Impossible” and 2015’s “In the Heart of the Sea” (plus a standout stint in the title role of “Billy Elliot the Musical” on the West End”), the British actor took a big chance when an opportunity came to audition for Peter Parker for “Spider-Man: Homecoming.”

“I told my agents, guys, this is my dream.” He sent a tape, attended auditions and did screen tests. Whatever it took. “The more I tried out for it, the more I wanted it,” he remembers. “It was terrible. I was on the internet every five minutes trying to find news about it.”

It was at an audition that he met Jacob Batalon—they read together—and they became fast Spidey friends.

The big news came as a shock to Holland, who was at home, lying in bed with his dog when Instagram blew up with the news that he had been chosen as the new Peter Parker. “Instagram knew before I did! I went absolutely nuts!”

Holland went through a punishing physical regimen to play Spider-Man on-screen. He also understood what it meant to take on a role that’s previously been played by Tobey Maguire and Andrew Garfield. “There is definitely a responsibility to make sure I don’t give them something they’ve already seen.

That’s why Holland sees the part as a single character, not separate parts. “In a lot of these movies, the character disappears once the mask comes on and I really worked to make sure you could see it was still Peter Parker behind the mask,” he said, adding that he was helped immensely by director Jon Watts’ decision to have CGI eyes for Spider-Man which would change size and shape to reflect Parker’s emotions.

With his musical background, Holland brought a physicality to the Spider-Man in the suit that was still Peter Parker. “My dancing ability really helped me.”

Working with the virtually opaque “hero lenses” meant Holland was virtually blind for the stunt scenes. Holland trained hard throughout the shoot: “The training part was a lot of fun. It’s nice to have a reason to go to the gym.” It was physically grueling as Holland admitted he hit his head and got punched by a stuntman. Ironically, the most serious injury he suffered was tearing his ACL while, for real, carrying bags down a flight of stairs in Atlanta.

Interestingly enough, Spider-Man is known as the most exuberant of superheroes, but Holland actually has the wall-crawler beat in this department. “I was just so excited on set and making my own Spider-Man movie that people were like, can you tone it down,” he tells the Super. “It wasn’t hard because I feel I actually have a lot in common with Peter Parker and Spider-Man.”

While he may be headlining his own franchise, Holland remains interested in a broad range of roles. “I am determined to do different things,” he says, “like playing a drug addict, a tough guy and a bad guy.”

Tom Holland remains grateful everyday for this spectacular chance: “Spider- man is the job that keeps on giving. It’s never ceased to amaze me how wonderful this job is. It’s been an amazing experience. ‘Civil War’ was the audition and I knew I passed the test because fans were pleased with what I did. I think I’ve proven myself that I’m worthy of this movie. I hope fans feel the same watching this movie and that we continue to make the fans happy.”