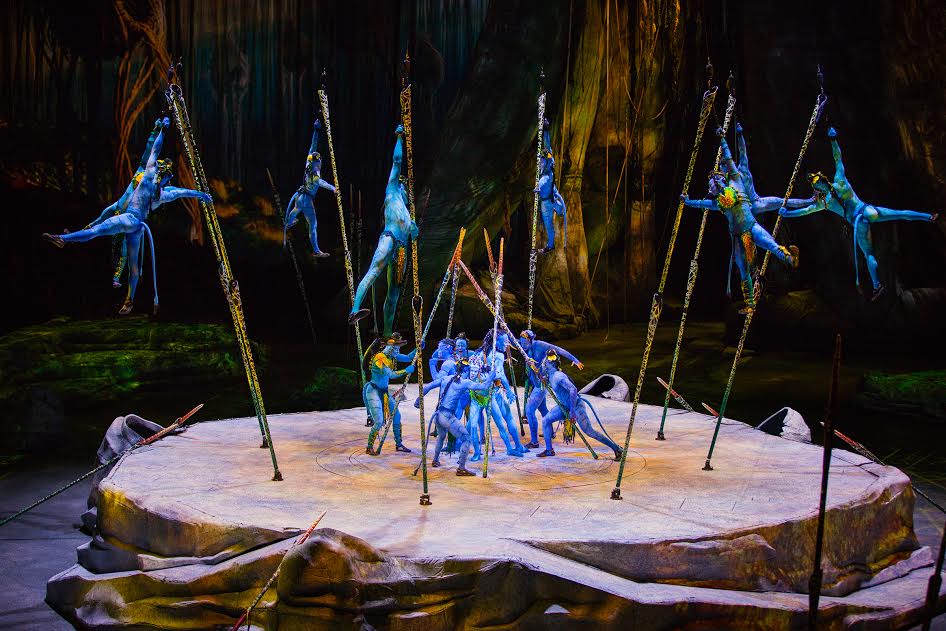 It was no surprise when James Cameron’s epic sci-fi movie “Avatar” took the world by storm in 2009. Combining its expansive lore and stunning visual depictions of distant moon Pandora and its ethereal inhabitants, the film has since gained global cult following, with four upcoming sequels and even a theme park.

But theatrical virtuoso Cirque du Soleil dared to take it one step farther—by bringing Pandora and the Na’vi to life in an interactive live stage adaptation. And with James Cameron’s seal of approval, too.

A prequel to “Avatar”

“Toruk—The First Flight” tells the story of Ralu and Entu, two Omaticaya boys about to become true Na’vi hunters. When a natural catastrophe threatens to destroy the sacred Tree of Life, Ralu and Entu set off on a quest across Pandora to fulfill an old prophecy and save all the Na’vi clans.

“James Cameron has always been a fan of Cirque du Soleil,” Mallet said. “In fact, he held a private screening of ‘Avatar’ for some of our executives. James then expressed his interest in collaborating with Cirque, so talks about ‘Toruk’ began as early as 2009.”

After more than five years, the project was finally given the go signal in 2014. After a series of previews, “Toruk” officially premiered to huge success in Montreal on December 2015.

“There’s a fine line because the show started from the story, not the acrobatics,” head production coach Michael Ocampo said. “We can’t just bring in a trampoline, a Russian bar or a trapeze. The acrobatics will have to be something that fits Pandora.”

The team addressed this by concealing their usual circus acts in a more creative manner.

Ocampo, a first-generation Filipino-Canadian, has been working with Cirque du Soleil for over 20 years. After his performance career, he pursued a coaching career at Cirque du Soleil’s International Headquarters in Montreal and in the touring show, “Quidam.” He then became the head coach for “Saltimbanco,” “Dralion” and “Varekai.”

“When I heard about the project, I thought, ‘I have to be a part of this show,’” Ocampo said. “And now it’s a dream come true.”

Laqui was part of the first national North American tour of “War Horse” and was one of the puppeteers in the Royal Edinburgh Military Tattoo in Scotland. He also built puppets for the Lincoln Center and Broadway productions, as well as the National Theater of Great Britain New York office.

“The approach to puppetry is about the idea of focus and breath,” Laqui said. “The core of it is about imbuing that object with life and the way that that happens is through the idea of focus that there becomes a spark of life, a natural movement.” 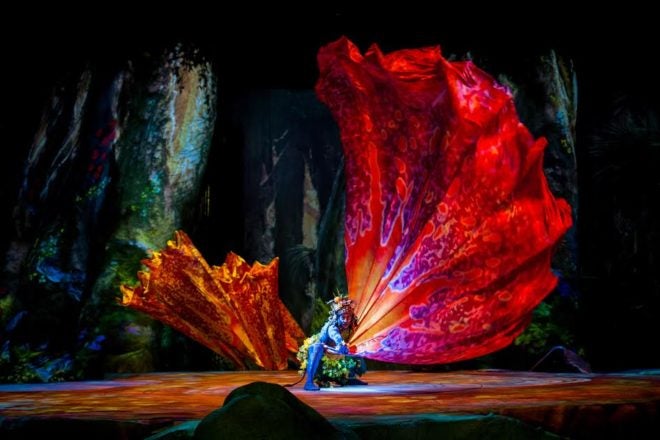 “Toruk’s” stunning set design takes up the entire floor of the SM Mall of Asia Arena, where the show premiered for its Asian tour. Through impressive projection mapping, superb lighting, catchy soundtrack, as well as a center stage that can transform from a big rock one minute to greenery the next, “Toruk’” is a sight to behold from start to finish.

Because of its focus on theatrical delivery, fans of Cirque du Soleil may find “Toruk” less aggressive in terms of stunts compared to its predecessor shows. But “Toruk” is still a definite must-see. It is mesmerizing and truly wholesome, evoking a childlike wonder.” –CONTRIBUTED