Virtual girlfriend can be your date in Japanese cafe | Inquirer Lifestyle ❮ ❯ 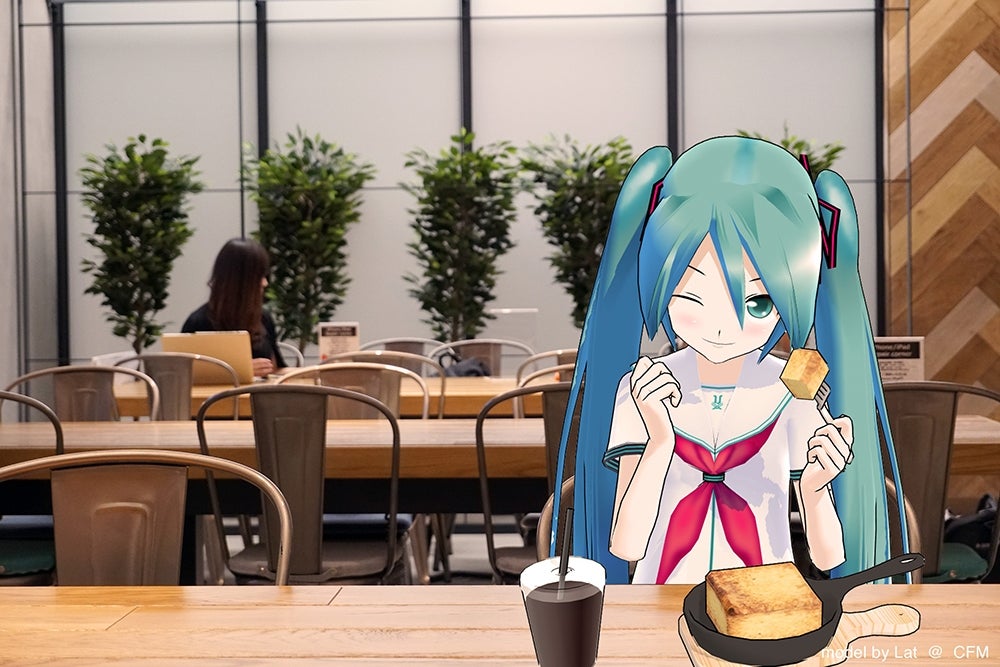 A cafe in Japan is offering more than just refreshing drinks. For a limited time, customers will be able to sit with a virtual girlfriend to keep them company.

The girl is no generic anime character either because she’s known around the world as the most successful virtual idol, Hatsune Miku, according to SoraNews24.

The promo is being hosted by Blue Leaf Cafe in Sendai City and will be available from July 8 to 9 and 15 to 17. The cafe will have special smartphones installed with the augmented reality app “Miku Stroll Cafe Edition.” This promo is done in partnership with telecommunications provider and Blue Leaf Cafe operator au/KDDI, as well as Miku’s creators Crypton Future Media.

Although the opportunity to spend time with Miku is only five days, the cafe will be serving and giving away Miku-themed products from July 8 to 31. Some of the items were also made in celebration of her 10th anniversary.

The cafe only has a limited number of smartphones for customer use so Hatsune Miku fans will have to wait in line to date their virtual goddess.