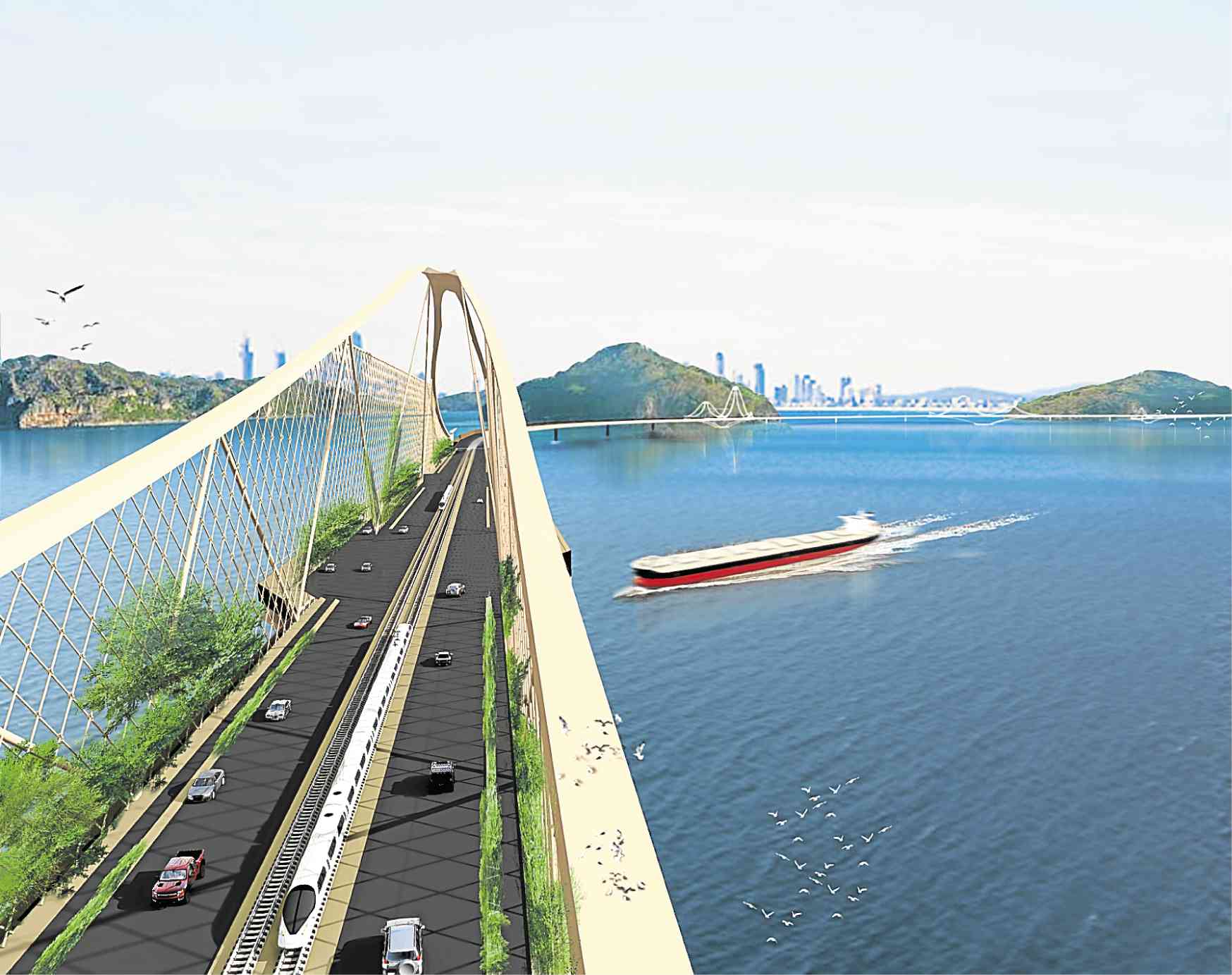 This graphic rendition shows how mesh design allows a bridge to shield motorists from the heat, letting the breeze pass through. Architect Royal Pineda said mesh can be made of various materials like solar cells to collect energy or durable pipes to collect water, depending on the needs of the locals.

Who knew the humble mesh design—interweaving fibers that create a net or a basket, or lines that form a grid—could inspire an idea to link distant places through roads and bridges that lead to economic opportunities and development?

Design consultant Budji Layug and architect Royal Pineda of the Budji+Royal Architecture+Design tandem made a strong impression at the World Design Capital (WDC) exhibit in Taipei last October with its straightforward “Permeability: a Creative Mind-set,” which blended the concept of mesh with public access, tourism, shelter, infrastructure and public service.

The idea is to connect the Philippines’ 300,000 square-kilometer land area through roads, railways and bridges.

First is to link the eastern “spine” from Cagayan to Eastern Mindanao, and eventually create a loop from Western Mindanao toward Luzon “with minor circuit lines” of road and rail networks “for a comprehensive coverage” of all, if not most, of the country’s 7,107 islands.

Second, use mesh as a basic architectural design for bridges, train stations and other stopovers along the way to shield travelers from heat and rain, and then extend the same mesh design to parks, houses and entire buildings as a sustainable response to climate change.

Imagine buildings embraced by mesh to shield occupants from the elements. Locally available materials can be used to create the mesh design, but the best ones could tap solar energy, collect rainwater for consumption or shield the structures.

Invited by the Center for International Trade Expositions and Missions (Citem) to represent the country in the biannual exhibit, Pineda realized that the other 12 participant states would most likely come up with technological innovations to address economic, social and cultural issues related to design.

“I felt there was a need to move beyond this, Pineda told Lifestyle. “Times are changing fast, it was better to show a mind-set of how Filipinos think, imagine, envision and dream of things that would change the country. We presented an idea instead of a product.”

By linking all islands through roads, Pineda said accessibility and security would be guaranteed for every Filipino. “If the people on one island cannot travel to another, we deprive them of freedom to travel and be exposed to other places,” he noted.

It may sound too simplistic but the top architect insists he can defend the idea. He wants to present it to national leaders, if only to pique their curiosity and inspire them to think of solutions beyond those drafted by their consultants.

“The concept of permeability is something we take for granted because it’s so simple,” he said. “What is Filipino architecture? The essence of the bahay-kubo is the honesty of its design.”

He pointed out: “The roof is slanted because if it is flat, water will penetrate and the roof will collapse. I lift it from the ceiling to let the air in, prevent it from getting muddy and to protect my family from predators. All those things were created from common sense. Create a shelter from basic knowledge and materials.”

Explaining the bigger picture, Pineda said creating a logical network of roads and bridges would also force politicians to focus only on essential expenditures. Roads will be the priority, not just basketball courts and barangay halls.

And with the network of roads in place, it would be easier to identify commercial hubs in strategic areas per province. Access to resources would lead to better products, better trade and more economic activity. All this from the concept of mesh and permeability.

“If we convey this idea properly, I believe the spirit changes,” Pineda stressed. “We are now challenging every Filipino to dream. Let’s dream of connectivity, a better standard of life. See what this can do for travel, tourism and the economy. It’s the whole picture.”