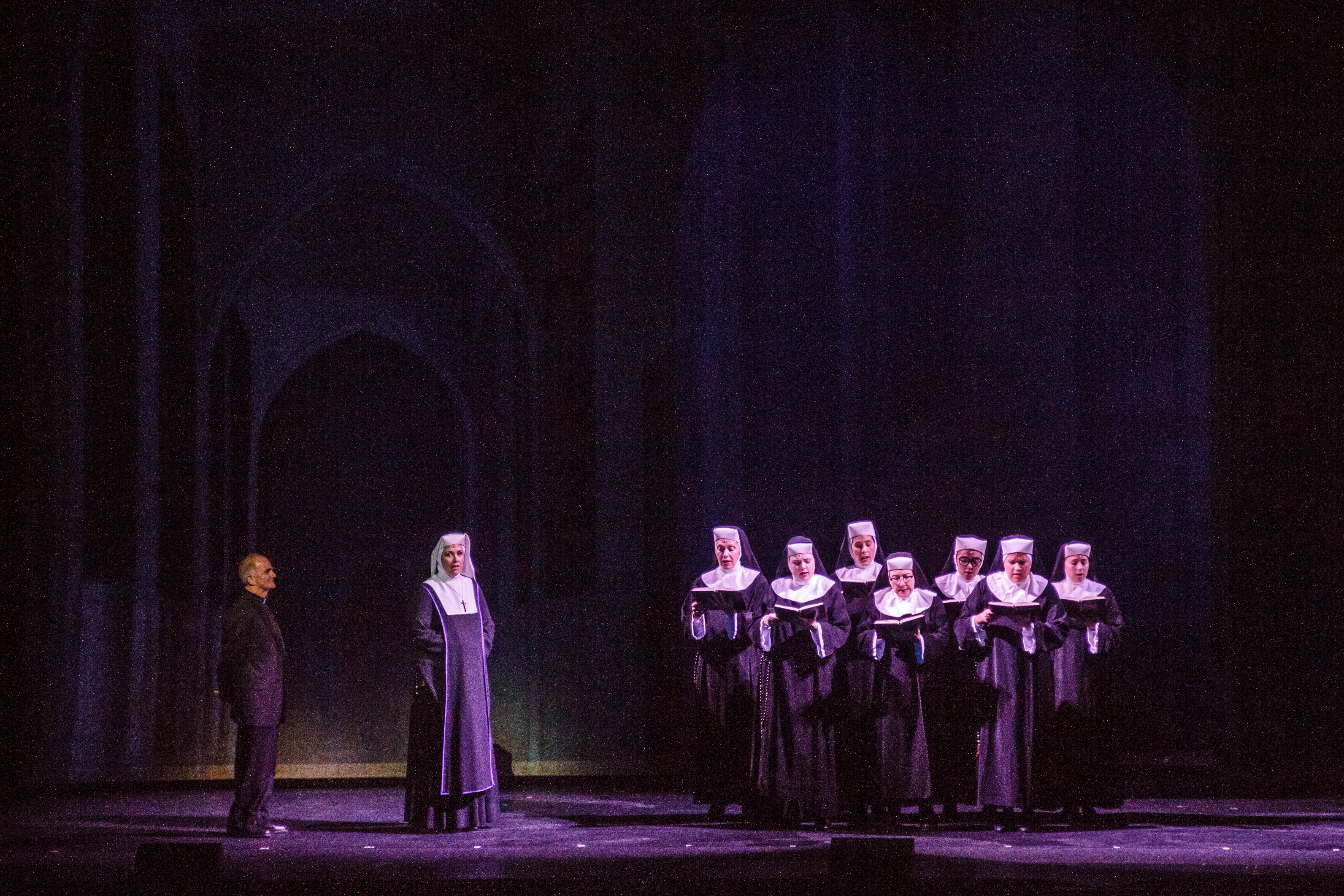 A stage adaptation of the 1992 comedy film that starred Whoopi Goldberg, “Sister Act” opened in 2009 at the West End, followed by a 2011 run on Broadway. —PHOTO FROM OVATION PRODUCTIONS

The way to enjoy ‘Sister Act’

If you have seen the film, blot it out of your mind because you might end up making comparisons. “Sister Act” the stage musical was written like a brand-new production, especially the original music, though the plot is largely similar to the 1992 movie that starred Whoopi Goldberg.

The way to enjoy the Broadway musical, which is on its last weekend run at Theatre at the Solaire, is to see it for what it is–a lighthearted comedy whose improbable situations call for suspension of disbelief and allow yourself to laugh out loud.

Originally coproduced by Goldberg herself, the stage version still has club singer Deloris Van Cartier witnessing a murder, put in protective custody in a convent, where she breathes new life to the church’s mediocre choir, much to the shock of the nuns’ Mother Superior.

The songs–with music by eight-time Academy Award winner Alan Menken (“The Little Mermaid,” “Beauty and the Beast,” “Aladdin,” and “Pocahontas”), and lyrics by Glenn Slater (2008 Tony Awards nominee for Best Original Score, Broadway version of “The Little Mermaid”)–are bright and snazzy. Set to old-school disco and R&B, the tunes lend the flighty story an anchor on which to reflect on the characters’ nature and motives.

Thus, Deloris defines her ambition in “Take Me To Heaven” and humbling realization in the title track. But “Sister Act’s” real strength lies in the production numbers like the wacky “It’s Good To Be a Nun,” the soaring chorus in “Raise Your Voice,” even the John Travolta-inspired “Sunday Morning Fever.”

On a serious note, a poignant track like “Here Within These Walls” (featuring the impressive Mother Superior played by Rebecca Marson-Wygal) vividly captures the world of religious orders.

Watching it at the world-class Solaire Theatre is just like being in Broadway or the West End. Bring a jacket, it’s damn cold inside.