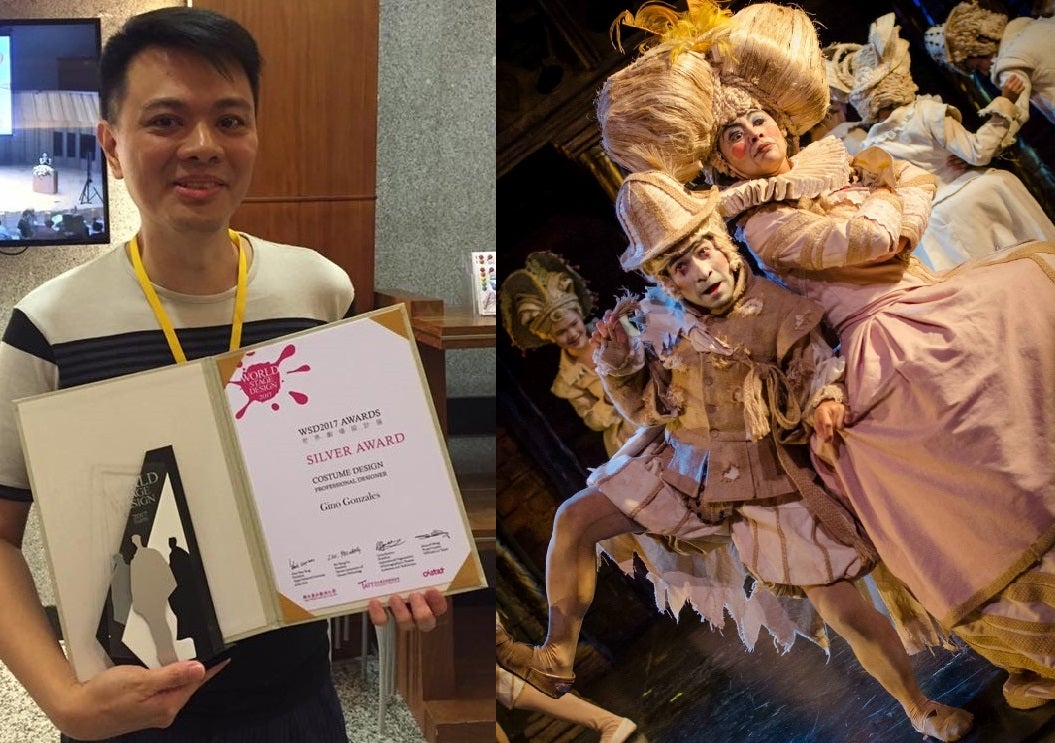 The Elizabethan-inspired, cream-and-brown-hued costumes were constructed using three grades of muslin (katsa), combined with indigenous materials such as raffia, abaca, sinamay and jute. Wigs and headwear were also made from abaca.

WSD is organized by the International Organisation of Scenographers, Theatre Architects and Technicians, and is held every four years, showcasing works by set, costume, lighting and sound designers from around the world and chosen by an international screening panel.

Gonzales previously won the bronze prize for his set design for the opera “Spolarium” for WSD 2005 held in Toronto, Canada. —WALTER ANG