Manny Pacquiao still one of the greatest | Lifestyle.INQ ❮ ❯ 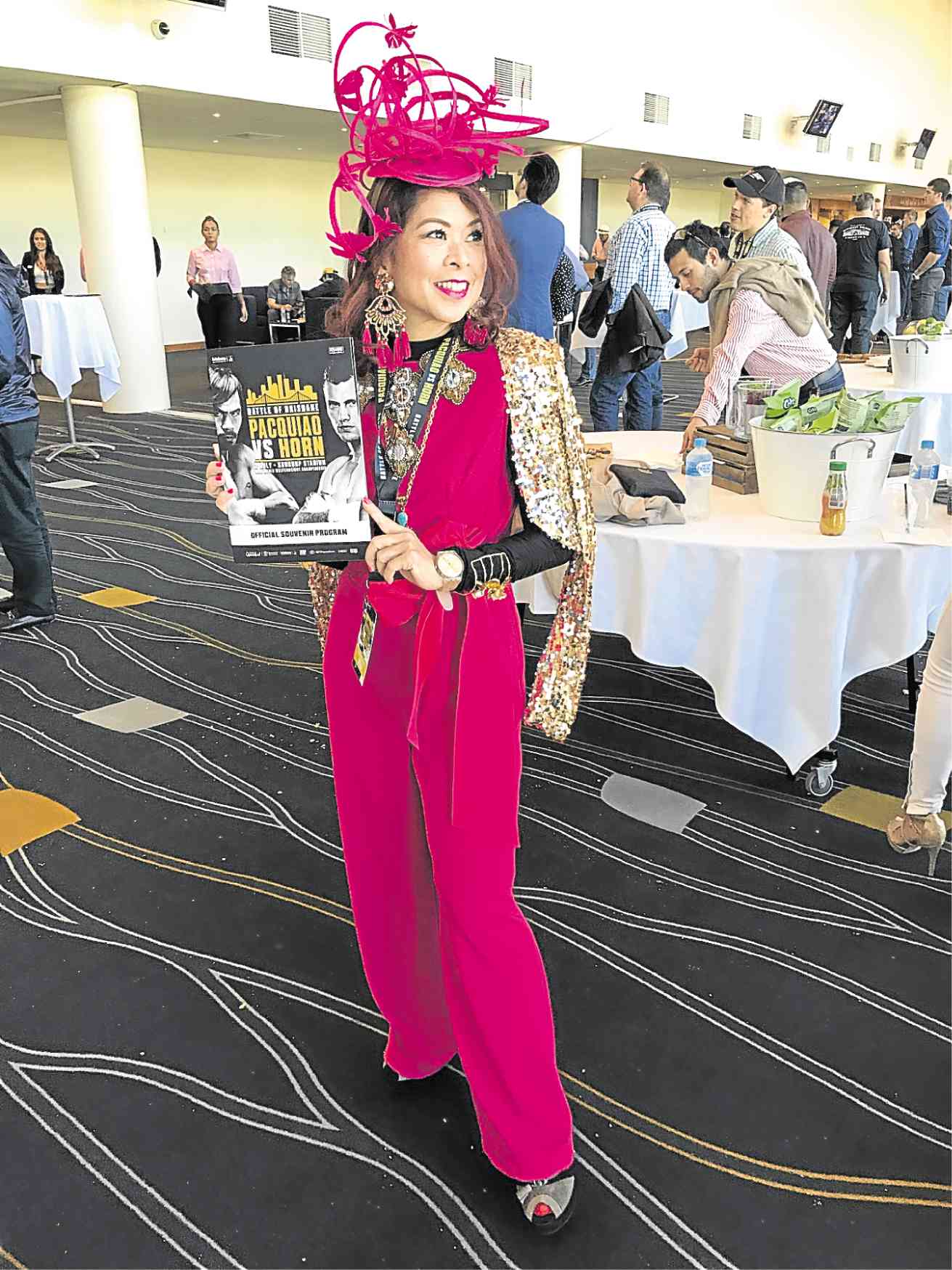 Manny Pacquiao still one of the greatest 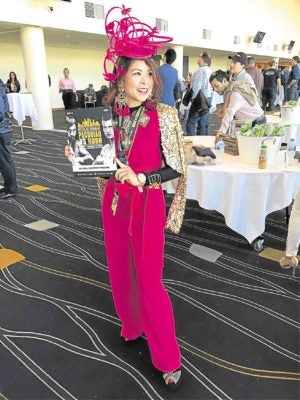 Surrounded by predominantly male Aussie boxing fans at the ringside, I eagerly cheered for our champ Manny Pacquiao as the hometown crowd rooted for neophyte Jeff Horn.

It was my first time to watch a boxing match so I was thrilled to be where the action was. Thanks to Pacquiao’s business manager, Arnold Vegafria, I had an unobstructed view of our magnificent fighter unleashing his own style of mayhem.

Debatable decision or not, I thought the match was a massive display of two different kinds of boxers. Horn, the younger one, must have shocked Pacquiao with his ultra-aggressiveness to win a unanimous 12-round decision. This colossal upset and the ensuing controversy have changed the direction of the next fight. We might have Pacquiao return to box in the Philippines as a potential venue for the rematch.

With world titles in an unprecedented eight weight divisions, Pacquiao is still widely considered as one of the greatest boxers of all time. So go, go, go, Manny!

Since my hubby Dennis and I were in Brisbane for another day after the fight, I couldn’t play at the 3rd Volvo National Alumni Golf Cup at the Ayala Greenfield Golf and Leisure Club in Calamba, Laguna province. I arranged for some of the best Assumptionista golfers to form a team. With Team Captain Leana Carmona, the Division III Assumption College players included Farah Imperial, Malu Gamboa, Deenna Ledesma-Mendiola and Myra Caparros. I’m proud to say they won second runner-up in their division.

Started in 2015, Volvo Philippines annually hosts this by-invitation-only golfing event in which graduates from top educational institutions here and abroad pit their skills on the fairways.

The sprawling greens of the golf course perfectly displayed the recently introduced Volvo 90 Series: the new XC90 AWD SUV, the stately S90 and the versatile V90 Cross Country. The impressive triad of Volvos was a pleasing treat to Volvo fans present as they got up close and personal with these exceptional new models.

Swathed in striking good looks and equipped with the latest innovative technology, the 90 Series models are a combination of swift power, stirring design and clean efficiency.

The event was sponsored by Bowers and Wilkins, Standard Insurance, Goldrich Car Accessories, Fairmont Makati, Siete Baracos, Ayala Land Premier, History Channel and Mizuno. All members of the winning team will be special guests of the Volvo Ocean Race on January 2018.

Speaking of golf, I’m really looking forward to refining my swing at the newly opened, state-of-the-art driving range of Valley Golf in Antipolo City. Inaugurated yesterday, the all-new range has two-level driving bays, all equipped with convex mirrors to check your stance, grip and all-together look.

The upper level bays feature the revolutionary TMAXGOLF motorless dispensers. All you need is a tap and the ball is ready for your drive.

This range has a distance of 240 yards, making it friendly to hardcore golfers as well as beginners. Chill with the coldest beers in town and an amazing Korean buffet after hitting those balls. Valley Golf Driving Range is open to the public from 6 a.m. to 10 p.m. daily.

With every week closer to Red Charity Gala on Oct. 14, cochair Kaye Tiñga and I have been working closely with sponsors and auction donors. The Lucerne Group has been supportive every year.

After Paris, Hong Kong, Singapore, New York, London and Tokyo, the Maison has just unveiled a newly renovated boutique in Greenbelt 5 that features its new identity in the Philippines. Held last month, the event saw the Lucerne Group, together with Maxence Kinget, Jaeger-LeCoultre’s managing director for Southeast Asia, proudly presenting the new home of Jaeger-LeCoultre in Manila.

A key meeting place for watch enthusiasts around the globe, the Jaeger-LeCoultre boutique has honed its name through time. This year, Jaeger-LeCoultre brings forth its innate passion for those devotees of all fine things and Haute Horologie. Strategically located in the heart of a prime luxury area, the boutique easily attracts watch connoisseurs and lovers of exquisite, indulgent pieces.

Guests, including Irene and Isabel Francisco, Yvette Fernandez, Richard Tiu, Raul Romualdez, Kendrick and Cindy Tejano, came to celebrate another milestone for Lucerne and Jaeger-LeCoultre and were serenaded by Nicole Asensio. The event was hosted by Issa Litton.

Since its founding in 1833, Jaeger-LeCoultre has been delighting connoisseurs of fine watchmaking. Heirs to the inventive spirit of the manufacture founder, Antoine LeCoultre, its artisans unite their expertise in creating collections that are as surprising as they are sophisticated.

In 2016, Jaeger-LeCoultre revealed a new vision of the Reverso, which is celebrating its 85th birthday. The unique history of each Jaeger-LeCoultre timepiece begins in the workshops of Vallée de Joux, Switzerland.

The Red Charity Gala supports Generation Hope, a program that supports the construction of public school classrooms. Nanette Medved-Po, founder and president of this social enterprise, said they had already built 37 classrooms with the proceeds of Hope in a Bottle Purified Drinking Water.

She also launched Hope in a Shirt, a revolutionary clothing line that has unbelievably soft, custom-printed shirts made from 100-percent recycled plastic bottles.

Tapped to add creative and artistic stamp to the collection is actress-TV host Solenn Heussaff, who incorporated the design of a child and flowers, symbolizing how the youth can blossom into something bigger through education. With help from the good guys at Globis, Inc., each of Solenn’s strokes was transformed into unique, artsy and high-quality textile prints. They are available exclusively through Zalora.

For some midweek relaxation, check this out. Yoga instructor, theta healer and sound therapist Rosan Cruz will conduct a Gong Bath, a relaxing session that uses vibrational sound to help release stress and create a deep sense of peace and well-being. Bring your own mat on July 13, 4 p.m., Manila House. For details, contact Manila House at 09178163685.