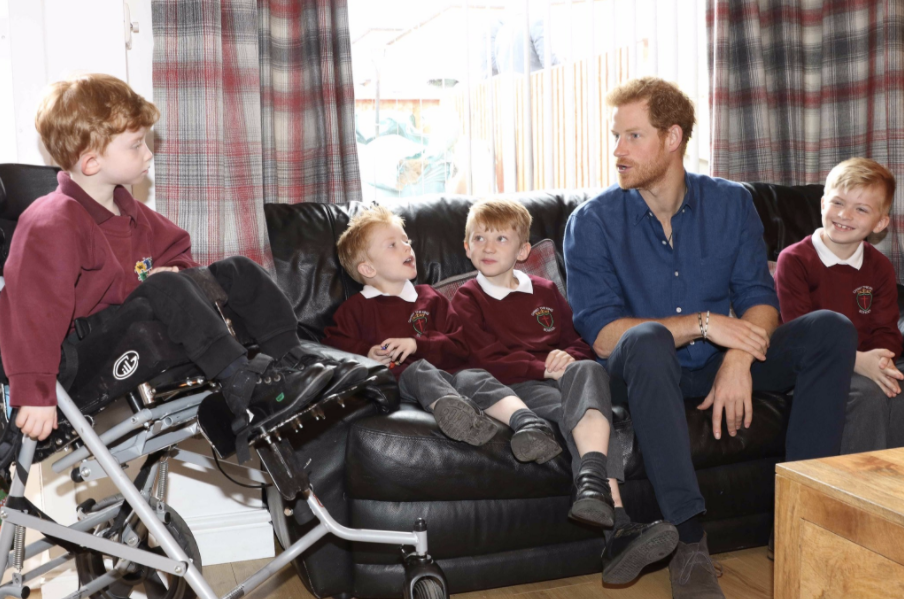 During his Leeds visit, Prince Harry went to Well Child, a charity for children with serious illnesses. Image: Twitter/@wellchild

The royal family—mainly Prince William, Princess Kate and Prince Harry—have been championing mental health through their initiative “Heads Together” launched this 2017.

Prince Harry’s most recent call for better mental health is something that most people can actually do every day, though it might look like a stretch: use their smartphones a lot less.

The prince attended “Leeds Leads: Encouraging Happy Young Minds”, an event that covered how the northern England city was addressing mental health among the youth.

The 32-year-old royal commented on more people opening up about their mental health struggles: “I cannot tell you how pleased [Prince] William, [Duchess] Catherine and I are that the dial seems to have shifted and that there is now greater understanding, compassion and kindness for anyone who opens up about their struggles.”

However, he recognized that the challenges were far from over, and mental health still has to be made a priority as much as physical health is.

One of the things in modern life affecting mental health is smartphone overuse. “I read recently that young people check their phones at least 150 times per day,” he noted.

Using a smartphone has made it difficult to detach from work and communicating via social media. Smartphone overuse has been linked to less sleep, while a 2014 study among office workers found that at the cost of higher productivity were higher stress levels, which in turn negatively affected mental health.

So it may be wise to follow the ginger-headed prince’s advice: “I’m sure we could all be more effective and efficient if we took a moment to process our thoughts rather than rushing from one thing to the next.”

To advocate mental health, Prince Harry opened up about dealing with grief from his mother Princess Diana’s tragic death in 1997. He told the Daily Telegraph that he “shut down all his emotions” for almost 20 years. He underwent therapy as he came “very close to a complete breakdown on numerous occasions.” JB

Prince Harry says he locked away his emotions when mom died