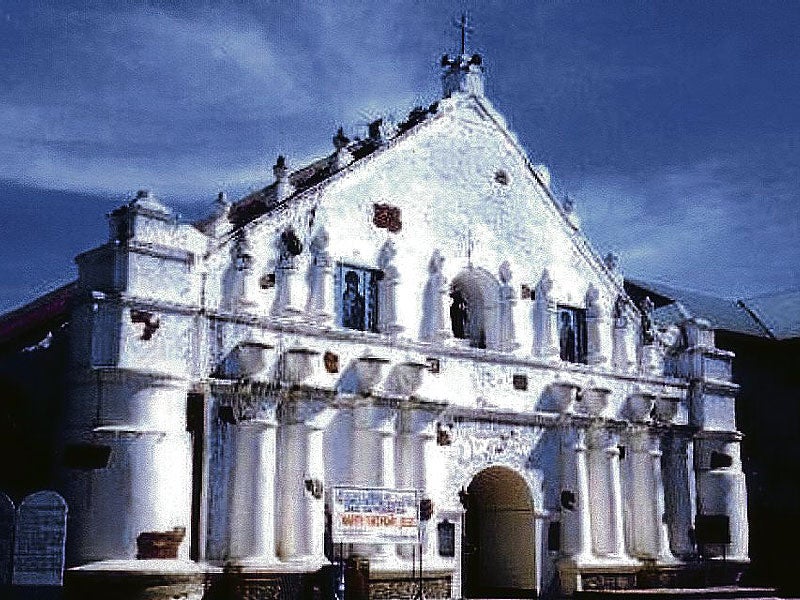 Blessed Pedro Calungsod a candidate for canonization; diocese of Laoag is 50 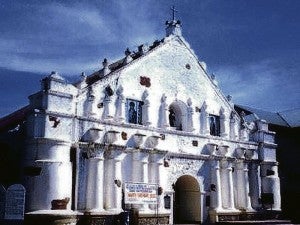 Visayan Martyr Pedro Calungsod, who was beatified by Pope John Paul II on March 5, 2005 in Rome, might be canonized in 2012 if the major miracle submitted to the Congregation of the Causes of Saints would be approved during a meeting of Cardinals in February 2012.

I asked permission from Cardinal Emeritus Ricardo Vidal if I could announce this and he said “yes”—only for the reason that more sick people can pray to him for healing.

I was able to interview Cardinal Vidal at the Collegio Filipino in Rome on May 1, after the beatification of Blessed John Paul II in the morning.

But the first one to tell me the good news was Fr. Rommel Par, OSA who invited us for coffee at the St. Augustine Convent across the Vatican. The postulator of the cause is Fr. Fernando Rojo, OSA. The major miracle attributed to Blessed Calungsod was the miraculous waking up of a woman who had been dead for two hours, without suffering brain damage. It is, according to doctors, medically unexplainable.

Pedro Calungsod lived in the 17th century in Cebu. He was a catechist who could read, write and speak Bisaya, Spanish and Chamorro. He was mentored by the Jesuits, particularly Father Diego Sanvitores, who brought him  to Saipan. Both were martyred for refusing to renounce their faith.

Fr. Roy Rosales told me that the body of Pedro Calungsod was thrown into the sea. A shrine was built in his honor along the seashore. Consul General Medardo Macaraig heads the Philippine Consulate in Saipan. He also initiated the devotion to San Lorenzo Ruiz, our first Filipino saint among OFWs and migrants there. San Lorenzo’s image, donated by the San Lorenzo Ruiz Global Ministry, is enthroned  at the Our Lady of Mount Carmel Cathedral.

Immediately after Calungsod was beatified on March 5, 2005, a three-ft statue made by Francisco Vecin was brought to the Guam Cathedral for enthronement by Cardinal Vidal.

Laoag, Ilocos Norte, where I was born and had my studies, marks a milestone on June 4-5, 2011 when it celebrates the Golden Jubilee of its canonical erection as a diocese in 1961. Formerly belonging to the Archdiocese of Nueva Segovia, the Diocese of Laoag headed by Bishop Sergio Utleg held the blessing of the Jubilee Cross yesterday at the Ermita Hill in Laoag City. 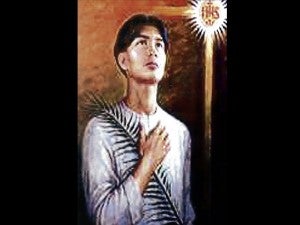 Archbishop Orlando Quevedo of Cotabato officiated the Concelebrated Mass at Sta. Monica Church in Sarrat town at 9 a.m., followed by the blessing of the Diocesan Museum.

The heads of the different Catholic schools in the province were also given awards. The schools included the Holy Spirit Academy of Laoag where I studied from kindergarten up to high school; St. Joseph High School in Laoag; St. Andrew Academy in  Bacarra; Sta. Rosa Academy in San Nicolas; St. James Academy in Pasuquin; St. Jude High School in Pagudpud; St. Joseph Institute in Dingras and Divine Word College of Laoag.

Am I glad that I studied in a Catholic school which prepared me, I think, for the work I am doing now.

Bill Fariñas, president of the Diocesan Council of the Laity, and his wife Soledad Ventura-Fariñas  must have been prepared, too, when Bill went to St. William High School (now Divine Word College High School) and Soledad was ahead of me at the Holy Spirit Academy.

They are the founding couple of the Laoag District of Bukas Loob sa Diyos Covenant Community. They  joined BLD in Manila way back in 1987 and brought it to Laoag in 1993 with two other couples from Laoag: Ronnie and Ida Tionko (nee Simon) and Sammy and Cora Tomas.

BLD is very actively supporting the parish in its evangelization programs.

If I translate it right from Ilocano, the theme of the Golden Jubilee celebration—“Rambaken Pannakapabaro”—is “Celebrating what is made new.”

The Diocese of Laoag, which was established in 1961, shares the early history of its Mother See, the Archdiocese of Nueva Segovia.

Christianity came to the northernmost part of Luzon in 1572 as part of the “pacification campaign” led by conquistador Juan de Salcedo, who used the cross and the sword to plant Spanish rule and Christianity in this part of the world.

The seat of the diocese is St. William’s Cathedral, with Bishop Utleg as parish priest and Fr. Policarpo Albano as parish Rector.

The Archdiocese of Tuguegarao will hold the ordination of two deacons on June 10, 9 a.m., at Our Lady of Chartres Chapel in St. Paul University.

The Catholic Women’s Club in Santuario de San Antonio, with Betty Roxas Chua as president, is celebrating the feast of St. Anthony de Padua, June 13, with Novena Masses June 4-12 and with a series of spiritual and medical activities to help the less fortunate. Bishop Broderick Pabillo will officiate the Concelebrated Mass on June 13 at 6 p.m.

Every morning starting June 4, breakfast will be served to 600 indigents from the different barangays around the area in the parking lot of the church.  Mass baptism will be held on June 8, 9 a.m., with 65 babies up to two years old. The confirmation of  l20 young people will take place on June 9, 9 a.m., with Bishop Emeritus Manuel Sobreviñas as presider.

A mass wedding of 24 couples will take place on June 10, 10 a.m., followed by reception for the couples’ families and guests at the Parish Center.

A medical mission will also take place on June 11 at the parish center. It will provide minor surgery, optical refraction and dental treatments.