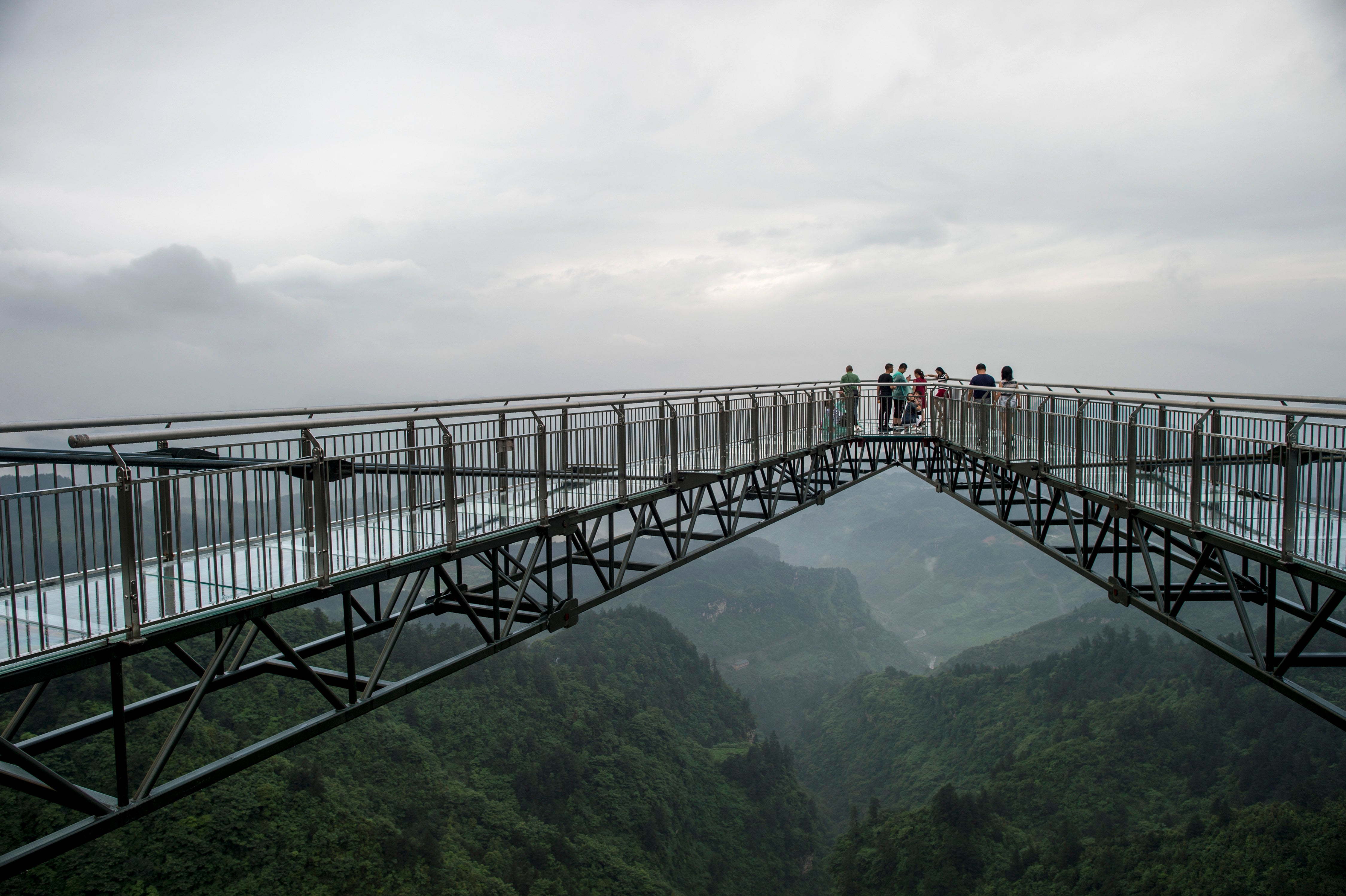 Suspended more than 120 meters (400 feet) above a gaping chasm, the world’s longest cantilevered glass skywalk is delighting and terrifying visitors in China.

The v-shaped walkway stretches almost 70 meters from a sheer cliff face in southwest Chongqing, offering intrepid tourists a vertigo-inducing view of the ground some 123 meters below.

No more than 30 people are allowed on the skywalk at any one time.

While some pause to pose for photos, others find it all a little too much to cope with, and grip the handrail with both hands as they inch along the walkway.

The structure at the Ordovician park in Wansheng, which is held up by thick cables, was certified earlier this year by Guinness World Records as being the longest of its type anywhere on the planet.

Last year, a 430-meter-long, 300-meter-high glass bridge opened in central Hunan province. It temporarily closed after being overwhelmed by crowds.