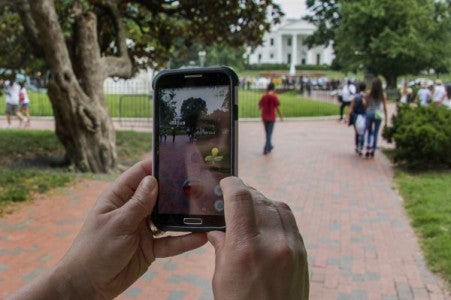 One year after its launch took the world by storm, a United States research has found that Pokémon Go is not only a source of fun and entertainment for many, but it can also be an effective way of encouraging exercise and getting people moving.

Carried out by researchers from Kent State University, the team set out to examine if the physically interactive smartphone game could increase activity levels and decrease sedentary behavior, such as sitting at work all day or too much time spent in front of the television.

High levels of sedentary behavior have already been shown in a variety of previous studies to have a negative effective on health.

The team recruited 358 college students for the research, and asked them to report on their levels of physical activity and sedentary behavior at three different points: the week before they downloaded Pokémon Go, the week immediately after downloading the game, and several weeks later.

The team found that compared to the activity level reports the week before downloading Pokémon Go, students doubled their daily walking behavior (102 percent increase) and reduced sedentary behavior by 25 percent during the first week after downloading the game.

When looking at the reports weeks later, and comparing them to the reports from the week before downloading, the team found that walking and sedentary behavior was still 68 percent greater and 18 percent lower, respectively, even though frequency of playing the game had decreased by 58 percent.

“While the largest increases in walking and decreases in sitting occurred during the first week after downloading, when the game was new to the user, those positive effects largely persisted weeks later,” commented one of the study’s authors Jacob Barkley. “It is possible that games like Pokémon Go may help people initiate a positive health behavior change, such as more daily walking and less sitting.”

Research from the University of Washington which was presented at the Association for Computing Machinery’s CHI 2017 conference back in May also found that Pokémon Go could help families to become more active, as well as spend more quality time together.

The findings can be found published online in the Games for Health Journal. JB