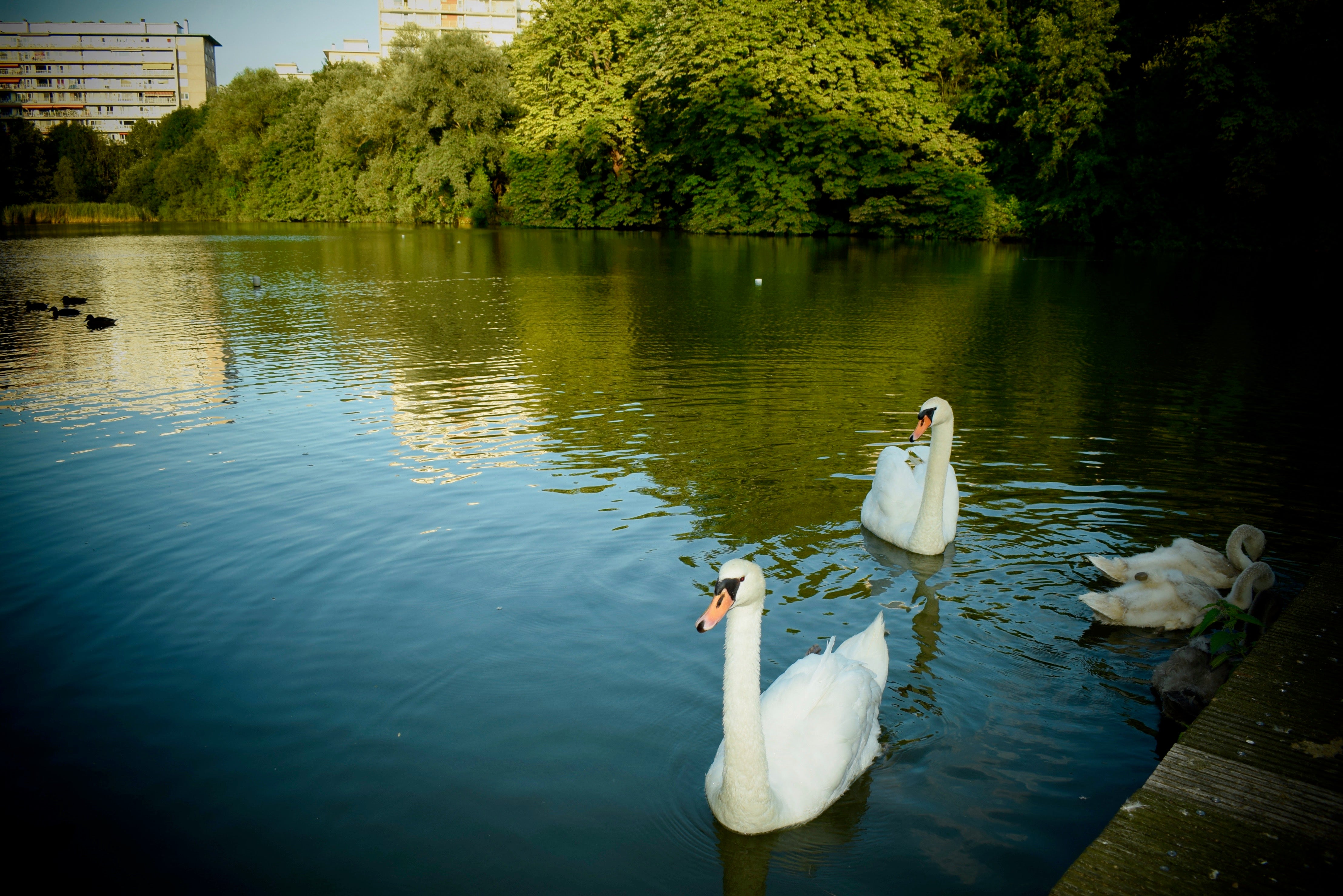 Editor’s Note: This story was first run on Brussels Express, an online news platform for expats in Belgium.

If you come from a third world country and you move to a first world country, you can’t help but feel like a promdi (somebody who came from the province) all the time. There are just so many fantastical stuff in the first world that are plain unthinkable in the third world.

I left the Philippines and moved to Belgium about two years ago. Belgium is one of several first world countries in central Europe. It ranks high on the United Nations list of developed economies based on gross domestic product and annual growth rates. You can tell how much money this first world country has just by looking at the kind of things it can afford. Some of them amazing, others just downright perplexing.

Wait, what??? Bridges for animals? Holy cow. In the Philippines, some remote villages can barely afford to build bridges for human beings. But here in Belgium and other first world countries, animals actually have bridges especially made for them. It’s as if one day, the Belgian government called for an emergency meeting because, “Guys, we have a serious problem. We have so much money we don’t know where to spend it.” And somebody smart suggested, “How about we build more bridges?” “But we already have so many bridges.” Then somebody even smarter suggested, “Oh I know. Why don’t we build bridges, but for animals?”

Wildlife bridges or ecoducts are built to ensure that animals can safely cross a road that intersects a forest. It may sound outlandish at first, but these crossings help to preserve ecological systems and protect both animal and human life. By providing a safe passageway for animals to cross from one side of the forest to the other, road accidents are prevented and wildlife habitats are re-established and preserved. Ecoducts were first built in the 1950s in France, and later on in the Netherlands, Switzerland, and Germany.

If animals have bridges, insects have hotels. Welcome to the first world!

An insect hotel is a type of garden fixture composed of little tubes that act as shelter and nesting places for all types of bugs. Accommodations are free of charge, and the anthropod clientele can check in and out any time they wish without having to stop by the reception. The rooms come in different themes too. Some are made of wood while others are built of stone so bugs can take a pick. Makes me wish I were an insect. But never mind me. What would the homeless say?

In exchange for free accommodations, bugs are expected to do their part in the pollination of flowers and plants. Let’s just hope they get that. And even if there’s no danger of eviction, let’s double hope they will keep their end of the bargain.

Now this is one of the very first things that amazed me when I moved to Belgium. I remember simultaneously downloading five different things online, and everything was done in less than ten minutes. I was so overjoyed I nearly cried.

In the Philippines, you will understand the true meaning of slow when you try connecting to the internet. Often if you download something, you’ll have to sleep it off because chances are it won’t be ready until the next day. And if you need to Skype or FaceTime with someone, good luck. You’ll get frozen on screen half the time. So frozen you might feel the urge to sing, “Let it go.”

Imagine this. You’re in desperate need to release some very nasty elements from your body. Problem is you’ve got no tissue paper. You dash to the toilet and discover that, surprise, THERE IS toilet paper provided in the cubicles. If you come from a third world country where toilet paper is zero in public restrooms, you just won’t help exclaiming, “Praise the Lord!”

How many benches will you find along the sidewalks of Metro Manila? One? Two? Zero? Most bus stops don’t even have seats. Here in Belgium, benches are practically everywhere from the countryside to the city. You walk down the street. Bench. You turn around the corner. Bench. You reach the next block. Bench, bench, bench. Even the sidewalks of some major avenues are lined with benches. It’s as if the next day, the Belgian government called for another emergency meeting because, “Guys, we have another serious problem. We have so many coins we don’t know where to spend them.” And somebody suggested, “Coins? Let’s just spend them on benches.” Can you imagine how much money went to all those public pews? I’m guessing it would be enough to sustain a town in the Philippines.

Belgium’s walking culture explains why they have so many benches. You will always see people of all ages here taking a stroll or walking their dogs. It is a way of life that encourages people to go out, enjoy the outdoors, even socialize. If their feet get tired, there will always be a place of respite along the way.

In the Philippines, there really is no need for benches. One, we’re not a walking culture. It’s too hot out there. And two, in a country where tardiness is part of the culture, people would be too busy rushing to their appointments to sit down even if a bench were to approach them.

Two to three minutes and already people start whining. Seriously? If only I were an octopus so I can slap them eight times all at once. It’s not even traffic since the vehicles are still moving. You don’t know traffic until you’ve been to Manila where vehicles get stuck on the road for two to three hours barely moving. The whole road actually starts looking like a jam-packed parking lot.

In first world countries, traffic problems are less in gravity and frequency since a large percentage of people prefer to take public transportation like trams and trains. Wealthy governments can afford a public transport system that is safe, efficient, and convenient. Considering the state of public transport in most third world countries, people are better off taking the car if they had a choice. As a result, there are too many vehicles on the road. Add to that the problem of irregularly designed routes and unfinished road constructions, and what you get is unbearable traffic especially during peak hours.

We have many beautiful parks in the Philippines. In Manila alone, we have the Rizal Park, Fort Santiago, Ayala Triangle Gardens, Greenbelt Park, and many more. But in a first world country like Belgium, parks are practically everywhere.

Actually, the whole country is so green it looks like a very large garden that grew people. The parks come in all sizes too. Some of them are huge enough to be a village, and others are as lean as your typical backyard.

In the Brussels Capital Region, you have the grand parks like Bois de la Cambre, Parc Royal, and Parc Cinquantenaire.

And then there are hundreds of smaller green patches called pocket parks tucked away in unexpected corners and unusual places all over the city. Some of these pocket parks are so tiny you could shoot them straight into your pocket.

You can tell how wealthy a nation is by the amount of green space it can afford to set aside for rest and recreation, and the preservation of nature. In less developed countries, green spaces are likely to be sacrificed for commercial opportunities and property development all in the name of economic salvation.

First, it is remarkably strategic that most roads in major European countries are well equipped with roundabouts. If you get lost or can’t decide where to go, you can simply drive round and round until you finally make up your mind which direction to take. And you will cause no disruption to the flow of traffic. Second, many of these roundabouts are bedecked with artworks. You can’t help but notice an ordinary public fixture that has been transformed into a complete work of art. Hail to the humanities!

In the Philippines, what we have are mostly U-turn slots that enable motorists to reverse course. It requires less money and space to designate U-turn slots compared to setting up roundabouts, artistic ones at that.

You know you’re in a first world country when gigantic wind turbines or éoliennes are part of the landscape. These colossal structures tower over many European cities and towns like proud giants. I can imagine how they would have outraged Don Quixote de La Mancha more than the windmills he so bravely and insanely attacked.

The development of wind-powered electricity and other renewable power sources demonstrates a country’s capability to implement highly advanced energy and environment policies. Based on 2016 figures, the average cost of installing a single wind turbine ranges from €1,100 to €1,600 per kilowatt, and up to €1.23 million per megawatt. In Europe, Germany has the largest wind energy capacity, followed by Spain, the United Kingdom, and France.

According to psychologist Abraham Maslow, human beings need to satisfy a hierarchy of human needs to achieve their fullest potential. People and civilizations can only reach for higher goals and aspirations if they have already met their most basic needs for food, water, shelter, and security. By the same logic, first world countries can afford to advance to more ambitious ideas, projects, and policies because they have already covered the basics like food security, housing, transportation, and social security. Third world countries have less capacity to move forward because they are still struggling with the basics.

That said, I’m pretty sure I can also come up with a list of amazing things that can only be found in the third world. But what I’m most proud of are the kind of resilience we have in the face of adversity, our ingenuity in finding ways to make up for what we lack, and most of all, our ability to find some humor even in our miseries. After all, life is serious enough to take too seriously.

Sometimes I don’t get why first world citizens complain so much. They have more than enough, and they don’t experience the harsh realities that exist in the third world. But the truth is, wherever we come from whether first or tenth world, nobody has and will ever have everything. And our sense of satisfaction and dissatisfaction will vary based on our standards of living. That’s why complaining will always be part of human nature. But may we never forget to be grateful for the blessings we already have, remembering that there are those who have far less, or no toilet paper at all.

The author is a journalist and copywriter currently based in Belgium.