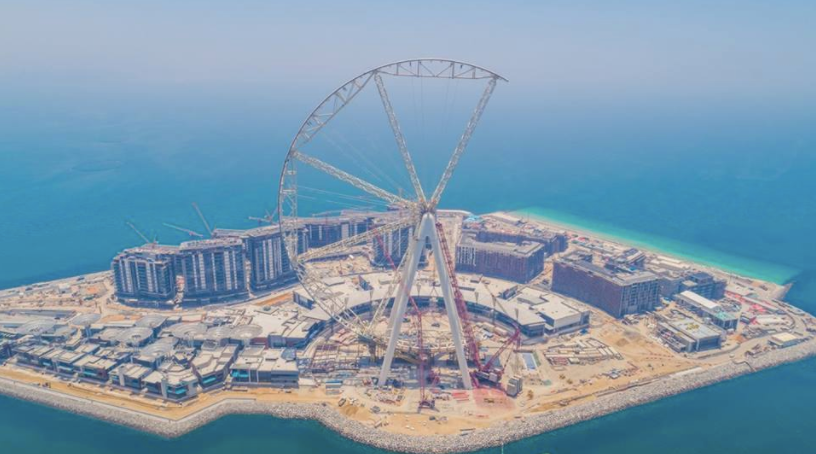 An amusement park will not be complete without the towering Ferris wheel—and Dubai is building the biggest one yet.

The largest and tallest observation wheel in the world is halfway done, as photos of the nearly constructed “Ain Dubai” on Bluewaters Island, Dubai, United Arab Emirates, were recently posted on social media.

The gigantic attraction will even lord it over the  planned 192-meter-tall New York Wheel—set to be erected next year—and the ever popular 135-meter London Eye, according to Khaleej Times.

Furthermore, the “Ain Dubai” will be able to accommodate an absurd amount of 1,4000 passengers in 48 capsules, giving riders a panoramic view of Dubai’s grandest attractions including the Burj Al Arab, Palm Jumeirah and Burj Khalifa.

To ensure passenger safety, the ride was crafted from 9,000 tonnes of steel, around 25 per cent more than the amount used to build the Eiffel Tower in Paris, the report said.

A massive LED screen is also expected to be mounted onto the center of the wheel, which will preview broadcasts, advertisements and other announcements.

Meanwhile, Bluewaters Island, a mixed-use development, is expected to become one of the largest tourist spots in the world.

Construction began in 2013 and is expected to be completed sometime next year.  Khristian Ibarrola  /ra