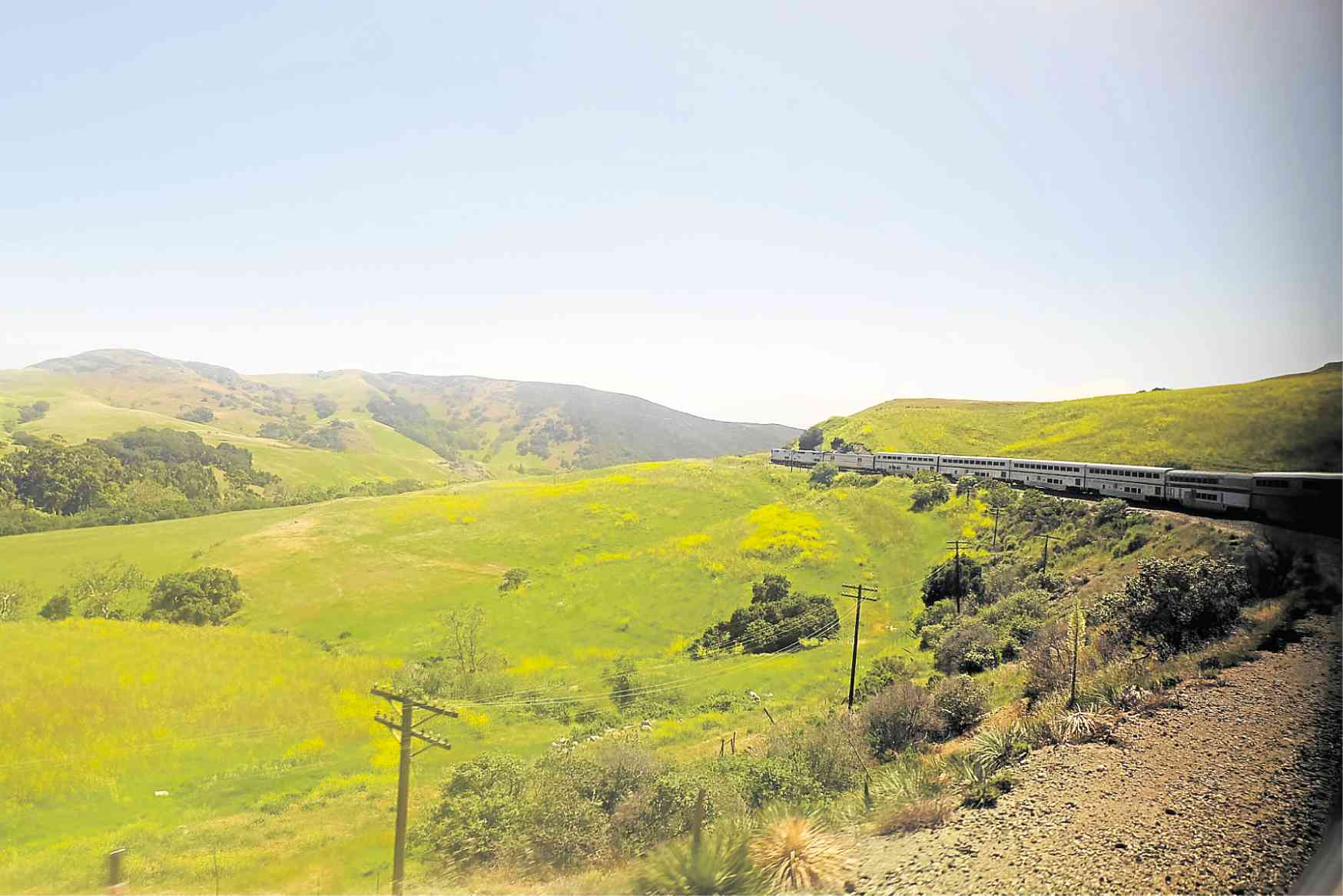 I tore my eyes away from the hypnotic railroad tracks to look at the smiling conductor who had spoken.

Or maybe I was. Because I decided to spend 35 hours aboard Amtrak’s Coast Starlight, traveling from Seattle to Los Angeles, a journey that would have taken me two-and-a-half hours had I chosen to fly. Even crazier, taking the train was slightly more expensive than flying.

My plane ticket from LA to Seattle was $93 and my Amtrak ticket was $118. And it was totally worth it.

I love trains. (I love planes too, but that’s another story). I love their old-school charm, their promise of relaxation and that long stretch of time for some quiet thinking. There’s just something romantic about traveling by rail. And what could be more romantic than the Coast Starlight, which has been dubbed “one of America’s most beautiful train rides”?

Although, I have to admit, there’s nothing romantic about not showering for 35 hours, but that’s what I get for choosing the cheapest ticket.

Travelers who booked tickets for the Superliner Sleeping Car—where there are roomettes, bedrooms, bedroom suites and family bedrooms— get maximum comfort: seats or sofas that convert into cozy beds (with turn-down service, of course), fresh towels and linens, special meals and, most importantly, showers.

But, honestly, minus the ability to take a bath, I felt no envy. Those of us in coach had big and comfortable seats too, with plenty of legroom and electric outlets. (To me, coach on a train is like business class on a plane). The seats were so comfy that instead of writing for hours and hours like I had planned, I ended up snoozing instead.

I boarded the train at King Street Station, after spending several days in Seattle reconnecting with family, trying to charm my Aunt Marie’s cats, getting my biggest tattoos (nine hours of needles!), visiting all kinds of amazing bookstores, eating turkey legs from Pike Place Market, watching a strange band that sounded like an alien giving birth, walking into a pot store for the first time ever (it’s legal there!) and discovering new bars (my favorite was Unicorn, a carnival-themed bar that served truffle butter and cinnamon sugar popcorn—yum).

After the flurry of activities, I was looking for peace. And so, while the strangers around me mastered the art of small talk and bonded—mostly over their desperate desire to smoke (there’s no smoking on the train)—I zoned everyone out with my Spotify playlist and stared at the beautiful scenery outside the train’s massive windows.

The key to enjoying a long train ride is to relish the experience and not think of it as just a way to get from one place to another. And there was plenty to relish on the Coast Starlight.

After just a few hours, the Coast Starlight felt like home. I got used to walking around the moving cars, finding pleasure in the creaking of the wheels against the rails. I kept looking out the window, trying to spot the front of the train and the tail end of it while thinking, giddily, “I am on this freaking train!”

Passengers got on and off but I stayed onboard, happy in my cocoon of comfort. I read, slept, texted friends and raided the bag of food Aunt Marie had packed for me—there were nuts, leftover turkey, bread, beans, salad and homemade cookies.

But there’s really no need to bring food unless you want to. At the Coast Starlight’s Dining Car, passengers can enjoy full meals with real cutlery on cloth-covered tables. They serve Angus Steak Burgers, Herb Roasted Chicken, Spice-Rubbed Atlantic Salmon Fillet and Amtrak’s Signature Steak. There are cocktails, beer, wine and desserts, too.

The Dining Car was always busy, with each meal divided into several seatings and people often having to share tables with strangers—ideal for those in the mood to mingle.

The Café at the lower level of the Sightseer Lounge Car was almost always empty, save for the lady manning it, feeding my need for solitude. That’s where I ate most of the time, gathering an assortment of quick snacks—microwave pizza, hot dogs, white cheddar popcorn, Lay’s potato chips and Twix bars.

Passengers can also have food delivered to their seats and that’s what I did for my last meal onboard. I had the chicken breast fillet with mashed potatoes, gravy, buttered vegetables and a dinner roll. The meal came with a giant cookie too, that was bigger than my hand.

I spent the last few hours onboard the Coast Starlight in my favorite place: the Sightseer Car. Although the windows in the regular cars were big enough to give you a great look at the scenery outside, the Sightseer Car offered a panoramic view with swivel seats.

It was in those last moments that I shed my antisocial shell and finally spent time with other passengers.
“California has so much to offer that if you don’t have a good time here, something is the matter with you,” a cool old lady with waist-length white hair said. We chuckled in agreement as the train rolled past beautiful beaches.

Amtrak promises that the Coast Starlight’s scenery is “unsurpassed” and that it is “one of the most
spectacular of all train routes.” It did
not disappoint.

My jaw dropped as the landscape outside changed from green valleys to rolling mountains and hills, to lush forests, cows on fields and snow-covered trees, to little neighborhoods and beautiful shorelines. It truly was a sight to behold.

And maybe I really am crazy—because I’d love to do it again. Maybe next time from LA to Seattle. Or maybe I can go from Vancouver to San Diego. I hear that’s just 43 hours.

The Coast Starlight travels daily between Los Angeles and Seattle.