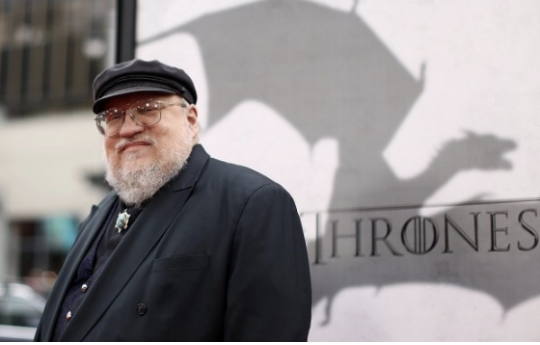 ‘The Red Wedding’ was the hardest to write, says GoT author George R.R. Martin

We’re just two days away from the much-awaited premiere of Season 7 of “Game of Thrones,” but some devoted fans have yet to get over the now iconic “Rains of Castamere” episode in Season 3.

The chapter, of course, featured the “Red Wedding” scene where several key figures of House Stark were blindsided and slaughtered by House Frey.

With the continuation of HBO’s TV adaptation looming, “A Song of Ice and Fire” and “Game of Thrones” creator George R.R. Martin bared how the now infamous scene was “the hardest part to write.”

“I knew the Red Wedding was coming and I’d been planning it all along, but when I came to that chapter, which occurs two-thirds of the way through A Storm of Swords, I found I couldn’t write that chapter,” the legendary novelist told TIME.

He added: “I skipped over that chapter and wrote the hundreds of pages that followed. The entire book was done, except for the scene with the Red Wedding, and even all the aftermath of the Red Wedding.”

For fans of the show and the books, the deaths of both Robb (played by Richard Madden) and Catelyn Stark (Michelle Fairley) remain one of the most heartbreaking and emotional scenes of the epic fantasy saga.

“It was just so hard to write that scene, because I’d been inhabiting Catelyn for so long, and of course I have a lot of affection for Robb, too,” GRRM revealed.

“Game of Thrones” Season 7, minus Robb and Catelyn of course, returns to HBO on July 16.  Khristian Ibarrola /RA