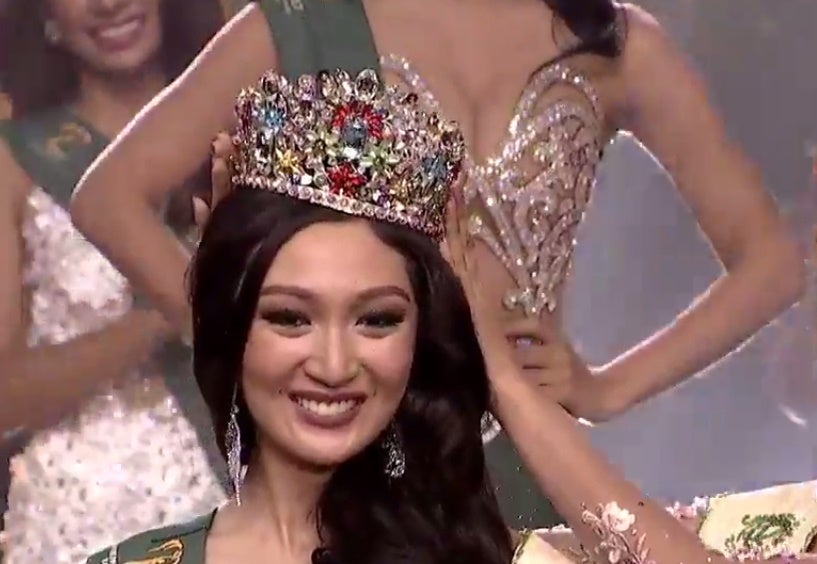 PASAY CITY – A medical physicist from Manila received the 2017 Miss Philippines-Earth crown in ceremonies staged at the SM Mall of Asia Arena in Pasay City on Saturday evening.

Karen Ibasco, 26, bested 39 other aspirants to the receive the title from her predecessor Loren Mar Artajos.

Artajos did not win the top plum last year and was only proclaimed as Miss Philippines-Water. She inherited the Miss Philippines-Earth crown when last year’s winner, Imelda Schweighart, abdicated the throne after figuring in a contoversy stemming from the global Miss Earth pageant held in Manila late last year.

Ibasco will now represent the Philippines in the international Miss Earth contest to be staged in Manila in November.

The five winners will serve as as ambassadors for protecting the environment and will promote projects that help save the planet.

The Philippine Daily Inquirer is a media partner of the national pageant. /atm