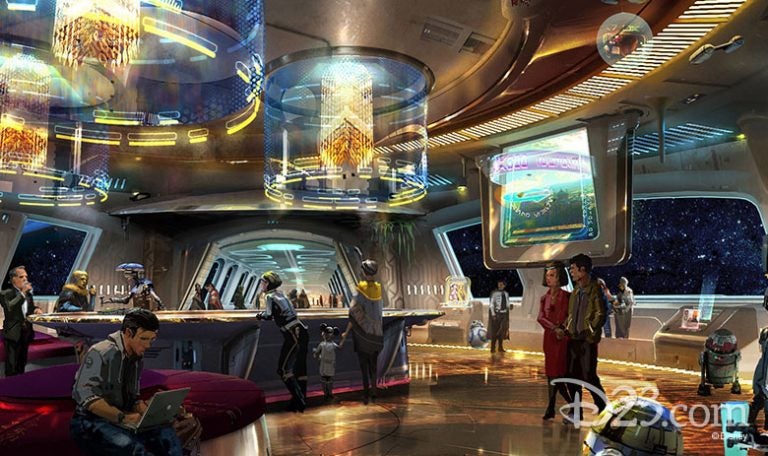 One of the biggest announcements in Disney’s “D23: The Official Disney Fan Club (D23) Expo” was a themed resort which is “100-percent immersive.”

According to Disney, the resort will not be just another theme park with rides and attractions, but rather a small piece of the “galaxy far, far away,” where guests will be immersed in the Star Wars narrative, exposed to galactic fashion trends, and supposedly encounter creatures from another planet.

Disney stated, “Once you leave Earth, you will discover a starship alive with characters, stories, and adventures that unfold around you.”

Resort staff will be dressed accordingly and will also play roles that enhance the feeling of being in an entirely new reality that is every bit “Star Wars”.

This almost sounds a little like the HBO TV series “Westworld”, minus the sex bots and homicidal androids.

Disney did not reveal too many details about the “Star Wars” resort but sometime in April, a teaser video was released pertaining to a “Star Wars Land” attraction.

In the video, interviewees mentioned creating a place that enables full immersion, a place that’s not just another recreation of something from the movie but something entirely new.

At the time, Scott Trowbridge, creative executive for Walt Disney Imagineering, stated that everything is still in the very early stages of development, and that the company was not yet ready to announce the details of the whole project. However, the clip flashed the year 2019.

Whether the D23 “Star Wars” resort announcement is the same “Star Wars Land” that was teased in April remains to be confirmed. One thing’s for sure: 2019 should be a year to look forward to for “Star Wars” fans. JB