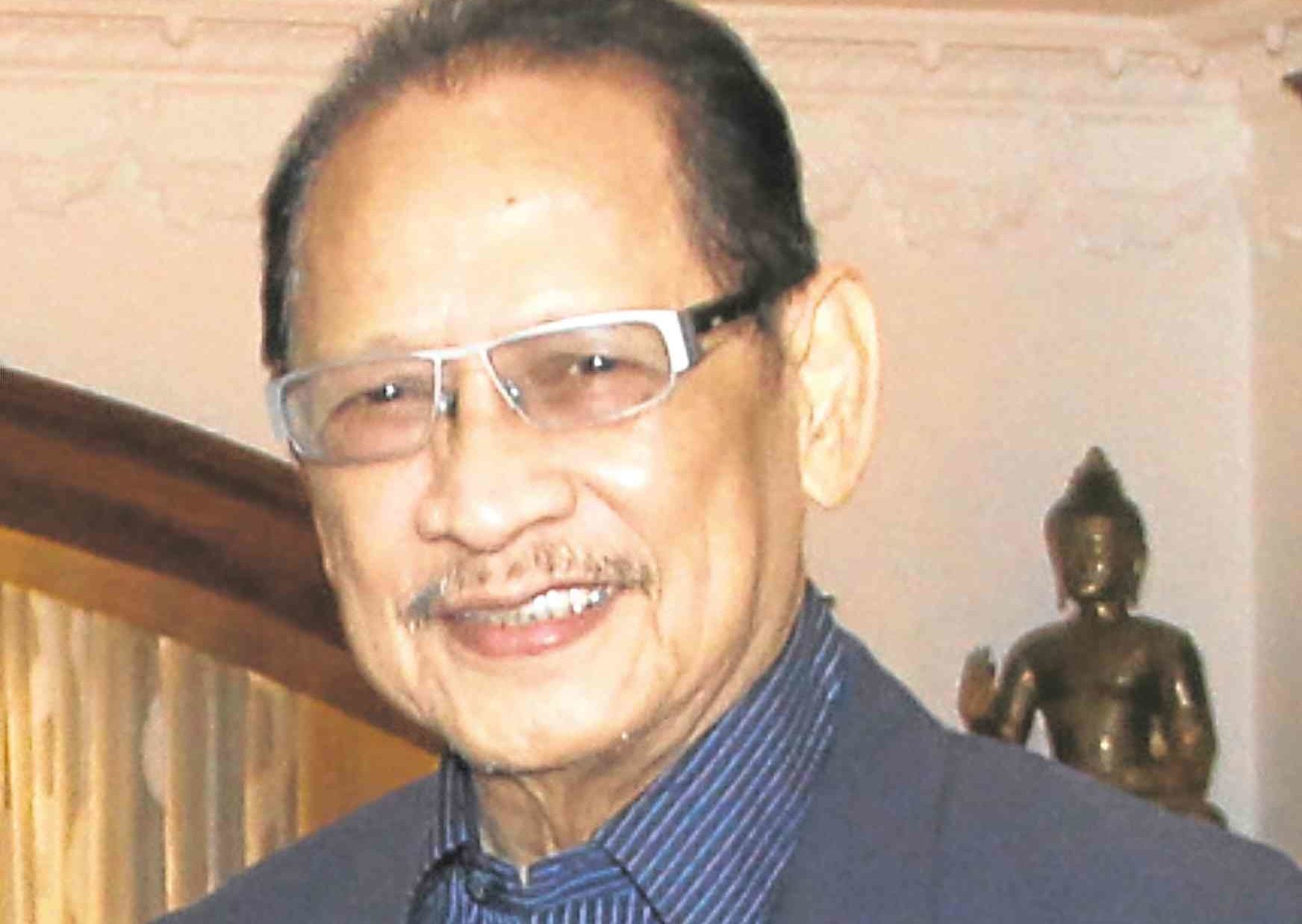 The Cultural Center of the Philippines (CCP) has a new president in the person of director Arsenio “Nick” Lizaso. Considered one of the pillars of the Philippine movie industry, he has been likened to National Artists for Film Lino Brocka and Ishmael Bernal.

The multiawarded Lizaso is known for TV dramas on social issues and Filipino values. He was a founding officer and member of the board of governors of the Film Academy of the Philippines.

A Fulbright-Hayes scholar in the United States for theater arts, film and TV, Lizaso represented the Philippines at the International Theater Institute Congress in London, Helsinski and Istanbul.

Like President Duterte, he is an alumnus of San Beda College.

I got a chance to talk to Lizaso when I pulled him aside at a social function and asked to interview him, knowing how busy he would be in the coming weeks.

On the kind of support he wants from his own board: “I hope the board will bring an open mind, and be willing to go with me in my forays and explorations into new territories that will help expand boundaries of art and cultural development in this country.”

How about from the community of artists?

“I know many of them question my election. I look at it as a challenge. As someone said, ‘One of the best opportunities you can be given in life is to be underestimated.’”

“My appointment has now gone beyond the petty matter of being a political reward, as some put it. I will always be mindful of the fact that I am a public servant, and my allegiance is to my country and people and I am now accountable to them. As Thomas More said in ‘A Man for all Seasons,’
“I am the king’s good servant, but I am the people’s servant first, and above all, God’s.’

“In this time of my life and given this humbling opportunity to head the country’s beacon of arts and culture, I shall live so that I do not add to the misery and sorrow of the world, but instead contribute to the infinite delight and mystery of it.”

What does he intend to do with CCP’s breakthrough “signature” festivals like Cinemalaya, Pasinaya and Virgin Labfest, knowing they have been successful in popularizing Filipino content and broadening audiences?

“I wholeheartedly support Cinemalaya’s goal of encouraging the emergence of new indie filmmakers. We will even try to find ways to increase the financial support from various quarters.”

After underscoring how little financial support has been given to indie filmmakers, Lizaso said he wants to expand and regionalize Cinemalaya to inspire filmmakers in our many provinces.

He pointed out: “As someone who comes from the theater, I will continue with Virgin Labfest, and I will definitely sustain Pasinaya.”

He envisions that one day, CCP will find ways to involve Filipinos in many regions in art and culture. And he believes that in the process, new talents will be discovered and inspire original forms of expression which will certainly enrich Philippine culture.

To what extend will he support freedom of expression?
Lizaso reminded me that for many decades, he has been a servant of art, and believed that the purpose of art is to disturb: “Art should comfort the disturbed and disturb the comfortable.

“It is said to disturb when a painting, drama piece or film challenges viewers, moves them and gets them talking. This is the function of art—not just to please, comfort, reinforce or reassure our biases, predilections and views, but to startle us. For this reason, I believe in giving artists the full space and leeway to create works that stimulate and provoke thinking and arouse our emotions.”

Is there a limit to this freedom of expression? I recalled the controversy over the “Kulo” exhibit.

“The artist has a responsibility to respect religious and social boundaries,” Lizaso said. “An artist should not just shock for the sake of shocking, for that says more about the artist than his work.”

I told him that he didn’t look or act it, but the record shows that he is 82 years old. “Are you aware that this new job of yours will require a lot of rigor and energy? You certainly give the impression that you can handle it all,” I asked.

He immediately countered: “You have known me long enough to know that my passion has always been the arts. That’s what has been running through my veins all these years, and I cannot run away from this challenge even if people say I’m too old or that it will kill me.”

He noted: “Pablo Picasso, Andrew Wyeth, Robert Frost and other great artists continued in their artistic pursuits until death—till death do us art!”

Dinner was about to be served and I was convinced that, indeed, Lizaso had the physical prowess to handle his new obligations. In conclusion, I gently inquired: “Have you primed yourself emotionally and intellectually for this new task?”

“I have prepared myself for this all my life,” Lizaso said. “All my energy, I will get from seeing young talents from every corner of the country bloom and perform, and from those supportive people who share my passion.”

As we said goodbye that evening, he asked me to announce to my readers that the CCP now means “Cultural Center of the People. It will no longer be just for the elite, the culturati or the perfumed set.”

CCP president Arsenio “Nick” Lizaso is inviting all from Aparri to Tawi-Tawi to perform with him, for he said: “Every Filipino is a player in this exciting venture, and can be culture blazers for the enrichment of the soul of this nation.”