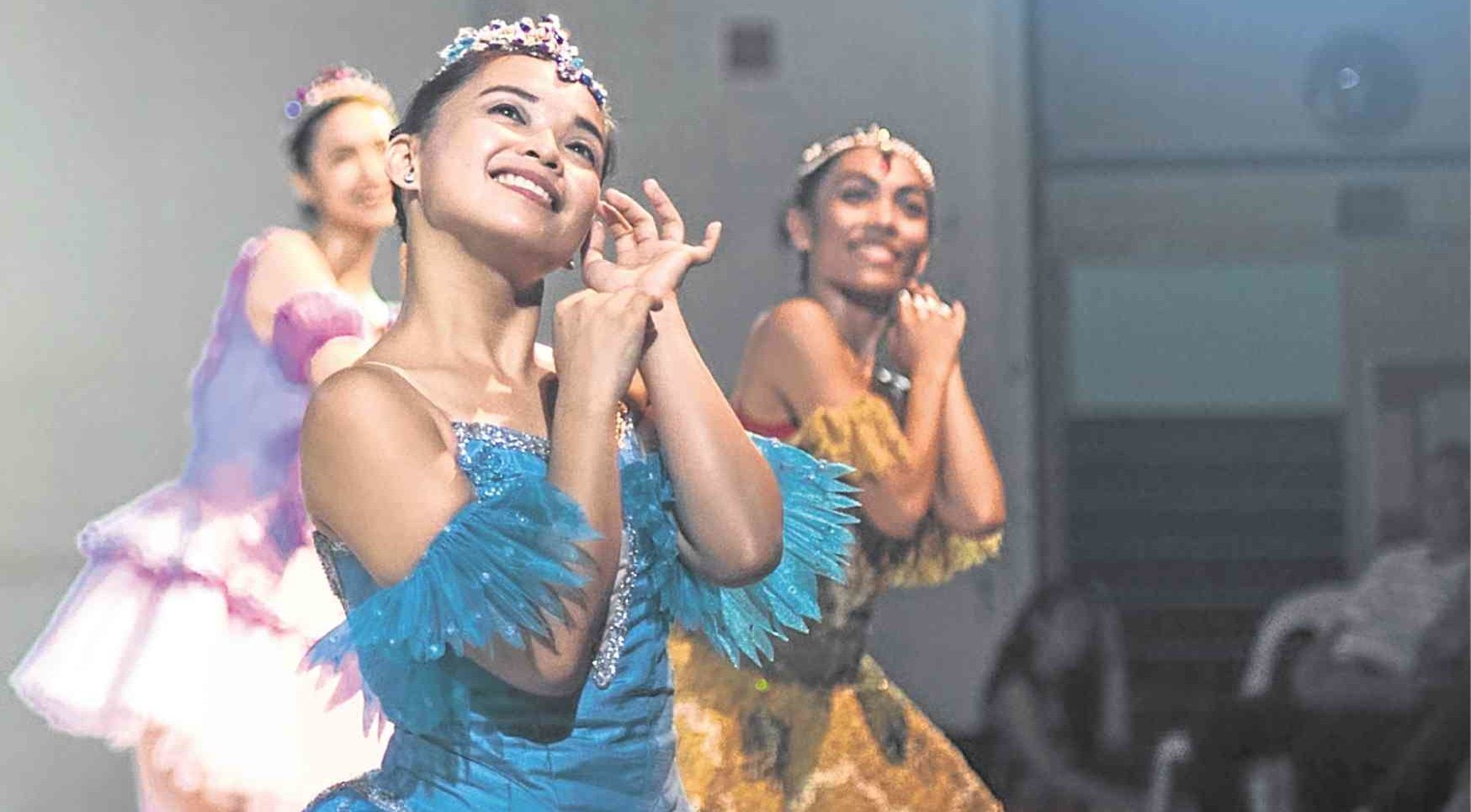 Ballet Philippines combines Swan Lake and Disney in ‘Your Highness’

Ballet Philippines critically combines classical ballet and Disneyfied global capitalist entertainment in “Your Highness,” a coproduction with German and Swiss performing arts companies which will have its world premiere on July 27, 8 p.m., and 28, 3 and 8 p.m., at the Cultural Center of the Philippines’ Little Theater.

The work is a coproduction of Ballet Philippines and Künstlerhaus Mousonturm Frankfurt am Main (Germany); Internationales Sommerfestival Kampnagel, also of Germany; and Zürcher Theater Spektakel and La Bâtie-Festival de Genève of Switzerland.

After the Manila premiere, “Your Highness” will play at several major European performing arts festivals from August to September.

Ballet Philippines’ classically trained dancers alternate between stylized Disney gestures and standards of ballet classics such as “Giselle,” “Sleeping Beauty” and “Swan Lake.” They explore the fine line between portrayals of happiness through ballet history and princess archetypes in Disney movies and the globalized entertainment industry.

The massive employment of Filipino performers by Hong Kong Disneyland has led to a dire brain drain, with its impact strongly felt at Ballet Philippines, which has lost half of its top dancers within the last decade, according to Ballet Philippines officials.

“Your Highness” is choreographed by Eisa Jocson, who trained in the visual arts and dance, and has performed pole-dance solos here and abroad.

“Your Highness” is a continuation of her “Happyland” 2017 series, an investigation of Filipino migrant labor and the “performance of happiness and production of fantasy within the happiness empire.” —CONTRIBUTED