LOOK: Nintendo-inspired Nike Jordan 4 up for grabs at over P60,000 | Inquirer Lifestyle 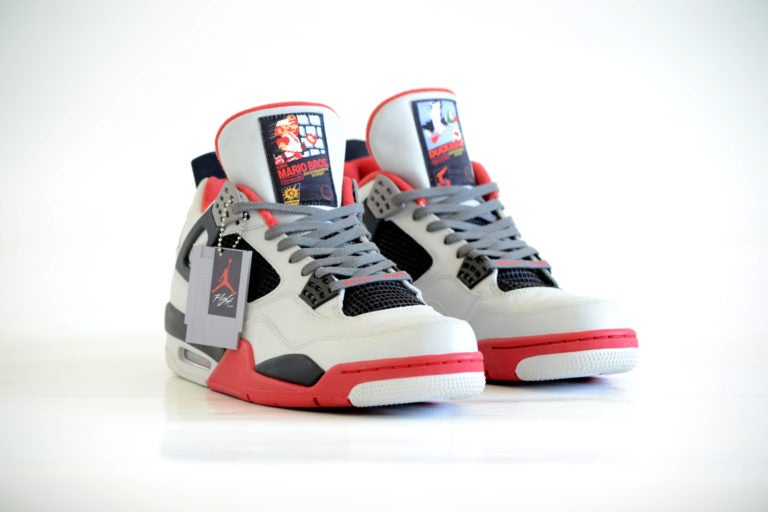 LOOK: Nintendo-inspired Nike Jordan 4 up for grabs at over P60,000

For some Nintendo fans, anything labeled with the company’s signature logo or inspired by one of its products becomes an instant must-have.

One such item is a new pair of Nintendo-themed Nike Jordan IVs from a company called Freak Sneaks, which specializes in creating custom shoes. It’s inspired by the classic Nintendo Entertainment System game console color scheme.

The custom shoes also feature the console’s controller buttons in the back of the shoes, which the company claims can be pressed.

On the other hand, resell value for certain color themes of the Air Jordan 4 Retro can go up to around $900 (roughly P45,500). Add that to the limited run of the Jordan “Nes” IV, plus the extensive customization, and the asking price starts to look reasonable.

Freak Sneaks also released the Jordan “Us Super Nintendo” IV NBA Jam Edition which has the same price and is still in stock.

If you’re a big Nintendo fan and still have cash to spare after buying Switch plus games and accessories, this could be a good addition to the collection. JB

Step into summer with the hybrid shoe trend

WATCH: 3D printed shoes is the next step for Adidas