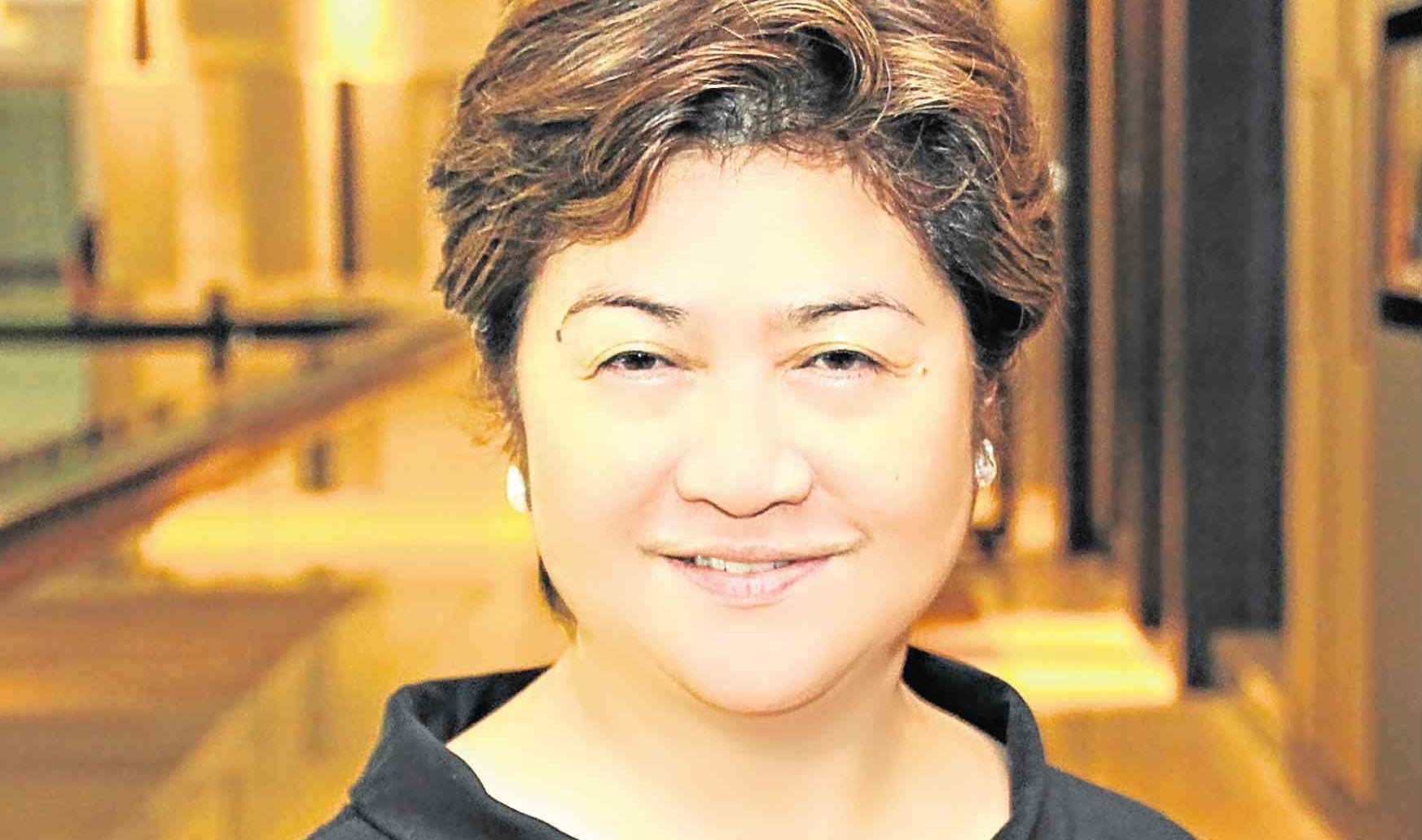 When public relations consultant Elena “Jingjing” Villanueva-Romero turns 65 in 2018, she would have traveled to 65 countries and 66 provinces in her home country.

Happy memories of her travels have been documented in her acrylic-on-canvas paintings. Since March this year, she has finished 70 works while recovering from chemotherapy and radiation.

Romero underscores that she is now hale and hearty. Her battle with breast cancer was known only to family and close friends. And now she celebrates her victory through her debut art exhibit, “Postcards from Mamita,” at the Wellington Centre, Bonifacio Global City on July 25.

“Mamita” is her six grandchildren’s term of endearment for her. Artworks of her travels are compiled in books for the grandchildren.

Four years ago, a mammogram detected an enlarged but benign axillary lymph node, 1.8 centimeters, on her left breast. Romero hoped that it posed no danger. Every year, mammograms saw the node increase in size until it was 2.9 cm in 2016.

“I never felt anything. There was no pain,” she says.

She took several tests, including a biopsy. Her surgeon-friend Dr. George Logarta advised Romero’s children that family members should be around when he read the biopsy. The findings: metastatic adenocarcinoma, a malignant tumor that develops in the glands that border the inside of the organs. In her case, it was on the breast ear.

Her doctor son, Oliver Romero, and his fraternity brothers, helped select the best doctors for her.

The battle with cancer didn’t stop Romero from pursuing her passion—traveling. She had been touring since college; her only indulgence is to see the world. Hence, before surgery, she went on a pilgrimage to Russia, Estonia, Latvia, Lithuania and Poland.

Her oncologist, Dr. Beatrice Tiangco, allowed her to travel since her cancer was not a matter of life and death and the doctor believed in miracles.

Her program included six cycles of chemical cocktails, radiation five times a week for six weeks and a daily oral pill for the next five years.

To cope with the pain, Romero underwent acupuncture under Joran Gancia of HealthDev Foundation, to help her sleep better at night.

Although she kept mum about her condition, friends still found out and started raising funds for her treatments and conducted prayer brigades.

“Painting was always in my bucket list,” says Romero. In childhood, she wanted to express herself through visual arts but could not afford to buy crayons or watercolor. Her conservative family also discouraged it.

One day, Romero, then 10 years old, borrowed poster paint and started working. Her father got angry—it was against the family pride to borrow anything from anyone.

“I never touched [any] painting again for 54 years,” says Romero.

She finally picked up her brush last March. Her niece put the acrylic paint into ketchup bottles. Romero’s first work was a still life of a bowl of Greek yogurt and cherries and a glass of lemon juice beside a lemon. It was from a photograph taken while she bonded with her daughter and son-in-law in Kuala Lumpur over her favorite breakfast.

Impressions from past trips started flooding her mind and were rendered on canvas: a silhouette against a golden sunset in Cuba; mounds of springtime flowers in Israel; a bird bath in a palace garden in Estonia; a canopy of lavender trees in Pretoria, South Africa; a perspective of Big Ben in London, and the Eiffel Tower in the Parisian autumn.

“Painting was the best distraction from the pain. When I hold the paint brush, the discomfort is gone. My brain is forced to remember the happy experiences in each country I have visited,” says Romero.

There was the joy of finding her true self-expression and the gratification of accomplishing something she had never done.
“I like paintings that uplift. That’s why my palette is colorful,” she adds.

Several studies have been conducted on the benefits of art therapy for cancer patients and even their caregivers. The Art and Cancer Foundation mentions a report from Umea University Hospital in Sweden which did a study on 41 women, from 37 to 69 years old, with primary breast cancer. They took individual art therapy lessons in a clinical setting.

The report said that art strengthened women to cope with their situation. Other researches in art for healing show that patients were able to pull themselves together, improve self-confidence and boost their well-being. Negative emotions such as anxiety and depression were diminished.

Whenever Romero posted her artworks in her Facebook account, she would tell stories about the scene. One of them was a hill of crosses in Lithuania at sunset. The hills serves as a memorial for family members who died when the Lithuanians and Poles fought against the Russians in the 19th century. The place represents the Catholics’ staying power and nonviolent resistance despite many occasions when Soviets bulldozed the crosses.

Longtime client Wellington Soong, distributor of luxury sports cars, invited Romero to inaugurate his events place with her exhibit. The revenues from her exhibit will fund scholarships for seminarians.

“I would like to see more priests spreading the Gospel and defending our faith. They will be a vanishing tribe if we don’t support them now,” she maintains.

Ultimately, Romero says her paintings have made her an accidental artist. “Art is good for the soul. Whenever I finish a painting, I always say thank you to God.” —CONTRIBUTED

“Postcards from Mamita” will be on view on July 25 at the Wellington Centre on 32nd and 4th Street, Bonifacio Global City.