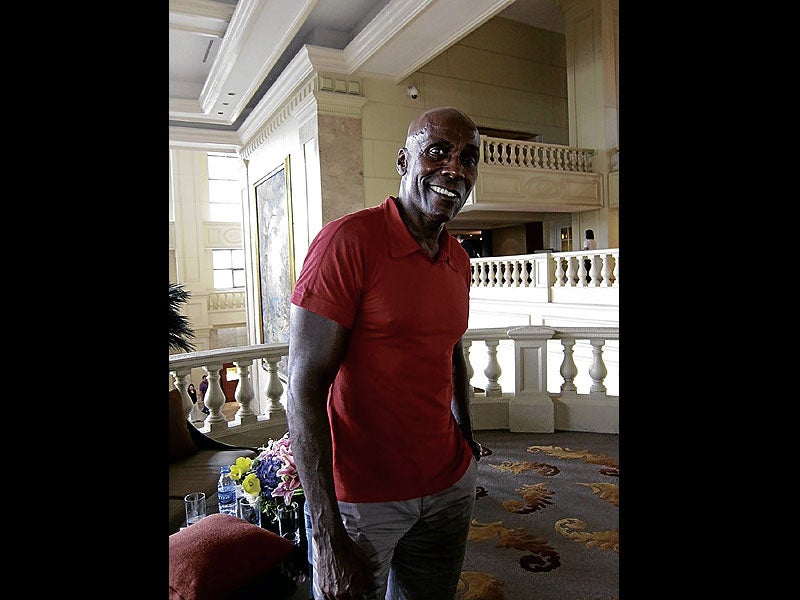 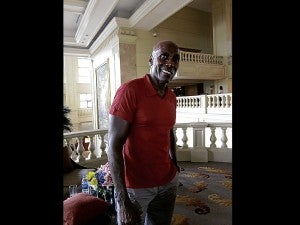 The orchestrator of North America’s most lavish weddings is not slowing down. On the contrary, he may even go on to plan his celebrity clients’ offspring’s own nuptial parties. (He already has.)

“I’m convinced that I’m never going to retire,” said the mild-mannered Preston Bailey, smiling warmly. At 62, he is still the go-to events planner of Oprah Winfrey, Michael Douglas, Donna Karan, Middle East royals and a host of other A-list celebrities. 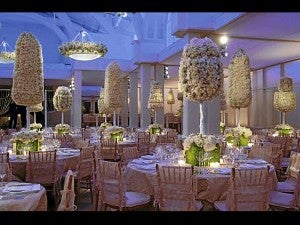 “At Mr. Trump’s wedding, Ivanka came up to me and said, ‘When I get married, I’m calling you.’ And true enough, literally, at 6 in the morning, when her engagement was announced, she called me.”

Bailey said his company has grown more than he ever imagined, and he is left to do two jobs: “One is to design, the other is…”

Bailey was in Manila last week on the invitation of Rita Neri, his Philippine counterpart, so to speak. Neri, whose company Rita Neri Event Planners is marking its 18th year, has her own list of local celebrity clients, including KC Concepcion and Manny Pacquiao. It was Bailey’s first visit in the country. 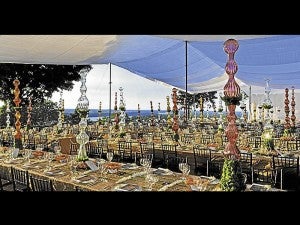 On his two-day jaunt, Bailey delivered a talk to local event stylists at the Peninsula Manila. On the morning of this interview, as the “Ideal Wedding Table Setting” exhibit by local wedding magazine editors was being set up, the towering New Yorker chatted with his hosts, casually dressed in khakis and a tight red tee that showed off his toned physique. (He’s a triathlete.)

The model from Panama

For 10 years, Bailey worked as a model when he first arrived in New York from Panama at the age of 19. Growing up poor, he had dropped out of school to seek his fortune in the Big Apple.

“One time, I didn’t have a job and an interior designer friend asked me to do the flowers for a client. This was around 1980,” he recalled.

Bailey, who never had any artistic inclinations growing up, took to it instinctively. “It surprised me where this has led,” he said. “I realized anyone has the capability of doing it once you love it.”

Bailey is the author of several event styling and planning books—with two more to be released this year, titled “Preston Bailey Flowers” and “Dear Preston,” based on his blog’s advice column—as well as a teacher, with design courses accredited in 2,000 colleges. His headquarters are in New York, but he also has satellite offices in the Middle East, Indonesia and Hong Kong. He is booked until the end of next year.

“When my first book came out 10 years ago, a Saudi princess who was in Aspen, Colorado, saw it and she liked it,” he said. “So that was my first stop in the Middle East, Saudi Arabia.”

Bailey has found it an exciting challenge to discover new cultures and religions in catering to his international clientele.

“I’m forced to translate what they want from my point of view, and find what’s doable and not. Weddings in India, for instance, can go on for days. In New York, it’s one day. That alone is a big difference. Also, brides are more savvy now about what they want.”

Bailey’s first big break, however, is owed to veteran comedienne Joan Rivers, who hired him to do her daughter Melissa’s winter wonderland wedding extravaganza at The Plaza Hotel in New York City in 1998, which involved 100 birch trees and 25,000 roses, lilies of the valley and hydrangeas.

Wooing clients, Bailey said, was the easy part. “I think what helped me since the beginning is knowing what customer service means, and the importance of trying your best. I give them good service, a good product.”

Even as he’s identified with his moneyed clients, he said it’s often misconstrued that the budget for the events he puts together is limitless.

“That never, ever happens!” he said, laughing. “I wish that were the case! Billionaires got there because they know how to take care of their money. That said, the great thing about working with celebrities is that you design something that they love and they will get it, and they can afford it. If someone’s gonna spend $1 million for an event with me, they’re allowed to be a little crazy.”

Once he put together the destination wedding for one client, where the guests were unaware they were attending a wedding. They only knew they were flying from New York to the Caribbean. Bailey and his team decorated the private plane, where the ceremony would take place.

For one who has put together many a remarkable occasion, Bailey said his most memorable by far was Oprah’s 50th birthday. He also planned the Queen of Talk’s recent farewell dinner in New York, to mark the last episode of her long-running talk show.

“It was a historic moment, saying goodbye to her show,” he said.

While Bailey had appeared in some of America’s top-rated shows, including “Oprah,” he has been extra careful not to jump into the reality TV bandwagon. “I’ve done it and I didn’t like it,” he said.

Bailey does, however, put together three-minute reality TV-like video clips on his website, showing actual consultations with clients to executions of his visions called “The Preston Touch” on his website. He also blogs, tweets and maintains a Facebook page.

These may all be a bit much to fill one’s plate, but Bailey is gracious in acknowledging the work put in by his team.

“I wish I could say I was doing this alone, but I have the most incredible crew behind me.”

He was all praises for the two Filipinos who has worked with him: A floral designer named Oscar Simeon, who has been with him since 1995, and Jerry Sibal, one of his so-called “alumni” who has gone on to set up his own events planning team in NYC.

“I think it’s fantastic,” he said of Sibal’s success. “I have at least eight very successful alumni. I’m very proud of them.”

To put wagging tongues to rest, Bailey added, “I don’t consider anyone my competitor. Everybody is in business and doing their own journey and their own thing. Competing? I don’t have that gene in me. There’s more than enough clients in the world for everybody.”

Bailey is best known for the grandiosity of his events. His majestic floral designs and topiaries are a signature. For the royal weddings in the Middle East, it takes him months to build temporary structures for the celebrations—only to be taken down soon after the festivities.

Does it pain him to see them taken down? “I look at it as magic,” Bailey said. “You look at this room and then it goes away. It lives in your mind. That’s the beauty of it.”

While some may imagine Bailey now rolling in cash, his road to success wasn’t always easy.

“The first 10 years were a disaster. I didn’t know what I was doing. I wasn’t charging properly, that was my biggest mistake. I was just excited about the design. The business part didn’t interest me at all. That was a wake-up call once I was in debt tremendously. I hired people to help me, and since then I’ve been very conscious of my cost, my profits. So my advice, make sure you know your value.”

Getting experience is also imperative for those who want to be in the events-planning industry, he added. “It’s a service business, so you give the best service. Be consistent. And don’t give up. Do business with a heart. You don’t have to be killing each other.”

These days, even in his busy schedule, Bailey tries to visit his hometown in Panama at least once a year. Back home, he supports an orphanage for whom, he laughingly said, he had asked all his clients money for. As a nod to his success, he has been given an honorary key to Panama City.

“It’s quite an honor when I didn’t even graduate from high school. I like going home,” he said wistfully.

Of his 18-hour journey from NYC to Manila, he said, “I like long flights. It allows me to read, do my notes, write my blog,” basically still working.  “But Sundays are sacred,” he hastens to add.

“My work isn’t work, it’s play. At 62, I’m still going. In January, I take three weeks off and I go to my beach house and do absolutely nothing.” Then again, he added, he had to leave the day after his Peninsula workshop as he had another big event in NYC in four days.

No wonder the likes of Oprah entrust their milestone events to this man.