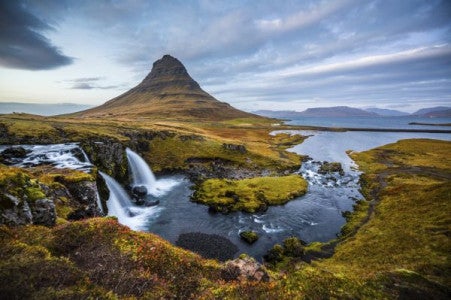 The cult fantasy series “Game of Thrones” is credited with driving up interest to destinations like Iceland, Croatia, Seville, Spain and Ireland, which double as the Seven Kingdoms on the show.

A new data report from online booking site Hotels.com suggests that the show has inspired a movement of fans, or Thronies, to embark on pilgrimages to some of its most popular filming locations, with online searches for key destinations experiencing notable spikes in recent years.

The country to reap the most benefits from the show? Iceland, whose otherworldly landscape doubles convincingly as the land beyond The Wall. Since 2014, when the show began to gain momentum, searches for hotels in Iceland shot up 258 percent, says Hotels.com.

Another key filming location, Split in Croatia, saw a 120 percent spike in searches, while Sibenik, which served as the city of Braavos in the series, saw hotel searches increase 60 percent.

Representing the most exotic of the Seven Kingdoms, Dorne, is Seville, Spain, where searches have gone up 145 percent.

With rumors that Belfast is set to play a key role in the upcoming season, analysts also predict that interest in the city—searches have grown 120 percent—will only rise in 2017. JB