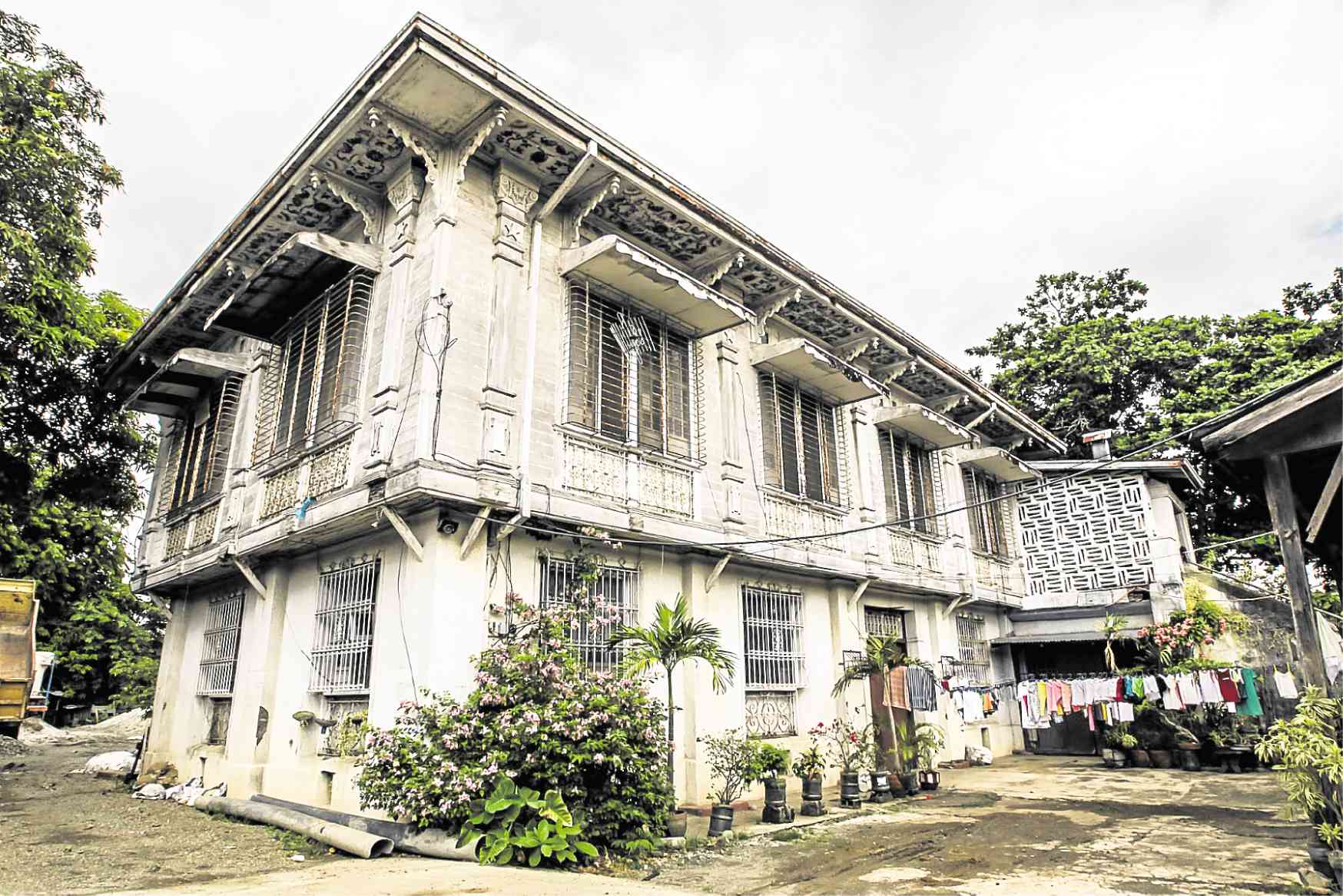 The Simon TecsonHouse in San Miguel has the inkwell used in the signing of the Pact of Biak-na- Bato.

Just when we thought we had our fill of Bulacan the last time we were there, we recently discovered it had so much more.

It has islands. And it has not just one heritage district, Kamestisuhan in Malolos, but a whole heritage town—San Miguel de Mayumo.

On the northeastern coast of Manila Bay, an hour’s boat ride off the shores of the capital city of Malolos, are three or four islets inhabited by communities surviving on traditional fishing and salt-making. The biggest of these is Pamarawan.

The ancient fishing village has become a showcase for tourism. Visitors are treated to a boat ride to Panasahan fish port; visit to coastal barangay; catching fish and shrimp at Latian; observing traditional fishing, salt harvest and cooking demos; lunch of coastal cuisine at Misele; listening to folk poetry.

This is a land saturated in history and myths. Every square meter of its soil seems to have some cultural or historical import.

In Meycauayan town can be found The Tannery Manila, run by the fourth generation of the Hermoso clan that pioneered leather technology in the country in 1901. The tannery has since branched out into manufacturing premium leather accessories, bags and shoes.

Called Chelsi Leathershop, it is the only leather-goods manufacturer in the country with its own tannery, thus affording it to “produce its own material and better respond to clients’ requirements and design specifications.”

In Norzagaray town are limestone rock formations on the basin of Bakas River, with three life-size icons installed atop a boulder by some religious cult. This is a popular swimming spot, though the water can be dangerous when Ipo Dam opens its floodgates. On a promontory, several boys execute dabbing gestures with their arms before diving into the deep.

Bakas is Tagalog for “mark.” Curiosity-seekers can find on some rock slabs what are believed to be the footprints of mythical hero Bernardo Carpio and his pets. But he left only one footprint here, the other being in Biak-na-Bato in San Miguel up north. (You can just imagine how big he was, and what giant stride he could take.)

On a ridge overlooking the river is Pinagrealan Cave, which was used by Gen. Emilio Aguinaldo and the katipunero as hideout during the Revolution and the
Filipino-American War. It was also used as sanctuary by the Japanese during the Liberation.

More historical is Biak-na-Bato National Park on a gorge in the Sierra Madre. It was here where Aguinaldo established his republic and made one of the caves his headquarters. The place lent its name to one of the defining moments in our nationhood.

On the northwestern tip of the province, bordering Pampanga and Nueva Ecija, is San Miguel, a town dotted with ancestral houses, some of them containing unheard-of artifacts.

Touring the place is more fun with an articulate guide like Lorenzo Buencamino, a scion of the historical Buencaminos. Being an architecture student, he is an avid advocate for maintaining the heritage of his town, and he has backstories for each structure.

The Simon Tecson House, for instance, has the tintero (inkwell) used in the signing of the Pact of Biak-na-Bato. Aguinaldo made his headquarters here days before the signing of the pact. Don Simon’s three sons were officers of the revolutionary army.

The house’s current owner, Marisse Mendiola Aguirre, has preserved the antique furniture such as lounging and rocking chairs; beds with intricately carved posts, including the canopied one used by Aguinaldo; artifacts like a grandfather clock; and two carrozas in the basement.

The Felix de León House, the ancestral abode of the landed clan, has a special place in the living room for a glass urn containing sand from the spot where José Rizal fell in Bagumbayan.

The José de León House had thrown parties graced by movie personalities and political figures like President Manuel Quezon.
The owner, a son of Don Felix, was municipal captain in 1892; and he married Narcisa Buencamino, aka Doña Sisang, acknowledged as the Mother of the Filipino Movie Industry.

The Catalino Sevilla House is notable for being the only three-story house in town.

The story is that, Sevilla, a farmer of the De Leóns, dared to marry Don Felix’s daughter Valeriana against the landlord’s wishes. So when he came to fortune, becoming town mayor in 1916, he built the tallest structure in town to outshine his father-in-law’s house.

The second floor was the permanent venue of the annual reception of the Celia Club, a gathering of the local elite. The house is now derelict, looking forlorn on a desolate street.

The Miguel Siojo House has a highly valued possession— the Santo Entierro used for the procession every Holy Week. This one has more expressionistic features, more fierce-looking, than that in the Parish Church of St. Michael the Archangel.

The Dr. Maximo Viola House, built in 1906 by Rizal’s friend who helped fund the publication of his novel “Noli Me Tángere,” has been largely renovated except for the sala and the façade. It is now owned by Reynaldo Reyes.

The Damaso Sempio House was owned by the nephew of Gen. Gregorio del Pilar. The boy general spent a night here, sleeping on the floor in the sala, on his way to Isabela province to cover the retreat of Aguinaldo from the American forces.

Gen. Artemio Ricarte had also been a guest of the house.

In a shadowy room is a spooky tableau vivant—century-old, life-size figures of the Last Supper in colorful costumes. The icons are said to have served as secret alkansiya (coin banks) of the family.