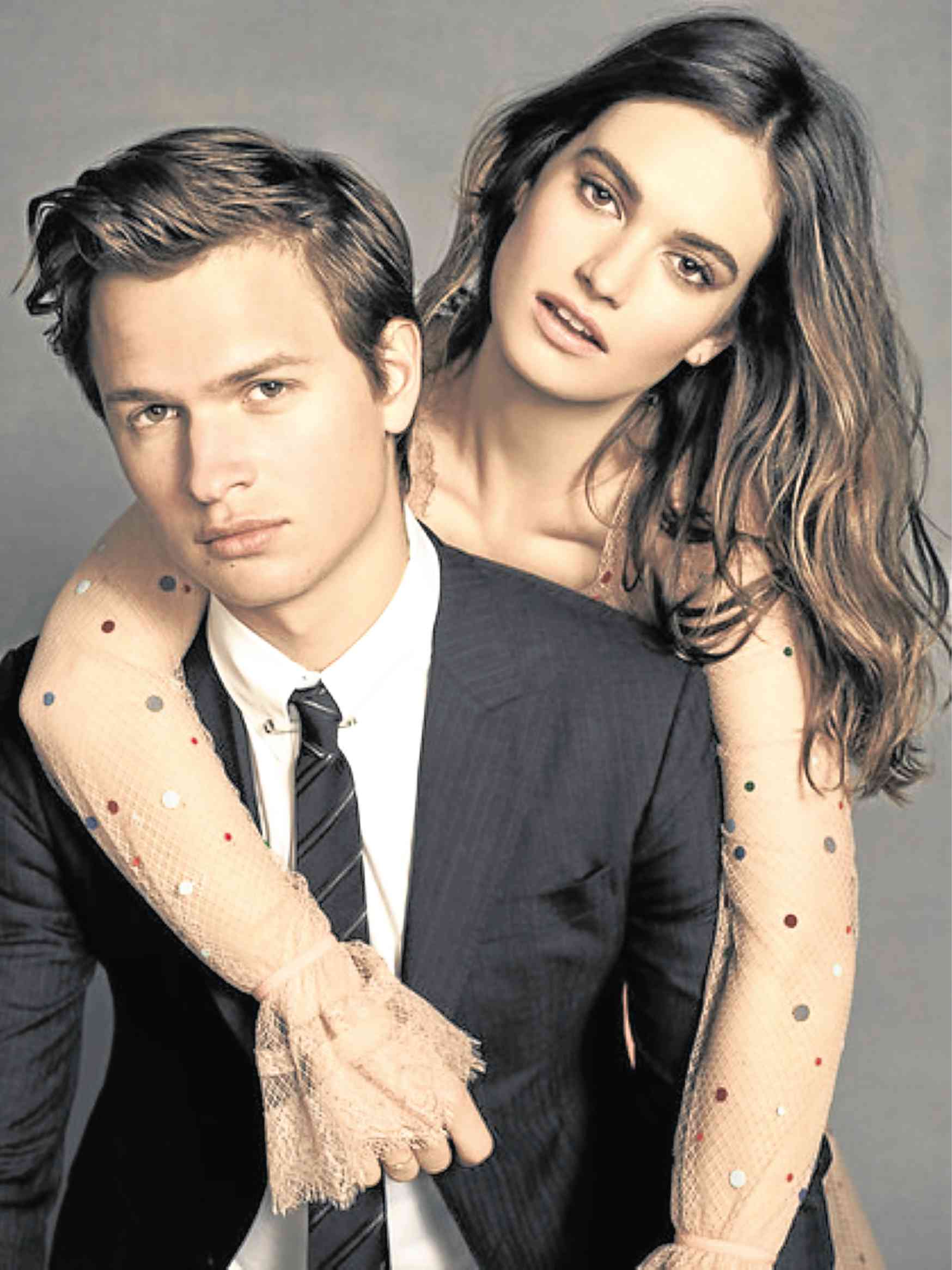 Ansel Elgort: Baby on board

“You have a challenge to ask me some new questions,” Ansel Elgort said after we asked him if he ever gets tired of answering the same ones over and over again.

We were in a room at The Ritz-Carlton in Kuala Lumpur where the 23-year-old actor had spent the day doing interviews, with ours being the last, thus the challenge.

The previous night, Ansel faced a challenge of his own—how to take selfies with all the fans who had shown up at the Pavilion Kuala Lumpur for the red-carpet premiere of his new film “Baby Driver.” He did his best, hopping from fan to fan, while the rest of the crowd kept calling his name. “If I missed you we’ll have to get one together next time I’m here,” he posted on Instagram. He’s been connecting with his fans online, even broadcasting live videos, interacting with them while eating lunch in his many hotel rooms—kale salad in Australia, Peking duck in Malaysia. “I love meeting (my fans) and taking photos with them. I wish I can do that with all of my Instagram followers but I can’t so my way of doing that is by sharing with them on social media… That’s the beauty of it. You have a very direct line. It’s like texting a friend but you’re texting 8 million people,” he said.

Ansel has spent these past weeks on tour to promote “Baby Driver.” In this exciting music-driven film, Ansel plays Baby, a getaway driver intent on leaving behind his life of crime. Critics have lauded his performance as “star-making,” saying that he slid into the role “like it’s his second skin.”

He does shine onscreen— both in the action-packed scenes and the film’s more tender moments.

It’s fun to think that Ansel was born to play Baby. He was literally an infant when the idea for the film came to writer-director Edgar Wright in 1995. And, over 20 years later, when it was time to cast the lead, Edgar said Ansel’s name came up very quickly. “The first time we met, before he read the script, we talked about music solidly for an hour. I was a bit cagey because I just wanted to see whether we got on and we did. We bonded over our shared passion for music. At the end of the meeting, I said, I’ve got this script, I think you’ll like it. The next time we met he had already read the script and he said, “I have to play this part.”

He got to work with Kevin Spacey and Jamie Foxx. Ansel said, “It’s insane to show up on a set and there are two Oscar winners… Offscreen honestly was the part I enjoyed the most. They’re the nicest guys I’ve ever worked with. The warmest, most generous guys… they wanted to support me and help me do the best I can do which was incredible. Hopefully one day I’ll be as successful as them and there’ll be a young guy on set and I’ll try to be as nice to him as they were to me.”

The last time we saw Ansel was in 2014 while he was in New York promoting the film adaptation of John Green’s best-selling book “The Fault In Our Stars.” But this experience has been a unique one, he said. “It was spectacular because they were excited for the movie and it’s not a big best-selling book or it’s not a superhero… It’s just this movie that they see the trailer for and they’re excited. That’s really meaningful. When I did a press tour with “Divergent” or “The Fault In Our Stars,” those are books that have a big fan base. But these are just people who want to support us, they’re not like “Oh we’re here because we love this book, we love this story.” They don’t even know the story yet. That’s pretty cool… That’s special.”

Ansel had to learn two new skills to play Baby: American Sign Language so he can communicate with his hearing-impaired foster father played by actor CJ Jones (“It was a great challenge. It was my first time speaking a different language onscreen.”) and stunt-driving.

“I think it’s everyone’s dream. Everyone wants to learn how to drive a car and spin it around. I definitely am a better driver now, I think I enjoy driving more than ever.”

Ansel, who got to keep the Subaru he drove in the film, may have enjoyed driving a little too much on set. “In one scene, they told me not to hit the car, just to brake really hard as if I did. But I knew the guy in the stunt car and I said, “What happens if I hit the car?” He said, “It’s okay if you hit my car, but don’t hit it.” I’m allowed to back up into a car really hard? A hundred percent I’m doing that. So I floored it into his car. There’s only so many times you get to do that kind of thing in life, you know?”

He’s set to play John F. Kennedy next, in the film “Mayday 109.” “Becoming someone who’s such a cultural icon… That’s gonna be hard but it’s gonna be good,” he said.

A fan on Twitter asks: What was it like working with the great Kevin Spacey? Do you have funny stories from the set with him?

Kevin is a genius and he’s such a nice guy and he’s so great. He does all these imitations and he would always make me laugh before we do a scene. He’d be Al Pacino in the rehearsal and I’d be dying… and then we’d roll and I couldn’t stop laughing and I’d get in trouble.

Which former or current costars would you rob a bank with?

I would use Jon Bernthal. He seems actually like his character. He’s a badass. He’s a little scary. I would use Eiza Gonzalez because I also think she’s crazy enough to do it. And also I think Jon Hamm would be good. And I would be the driver.

What music would you be playing during the heist?

No music. I want to focus on the driving.

If you needed a getaway driver, who would you choose?

What song do you sing in the shower?

What did you listen to on your downtime on the set?

I was listening to the music that I was making. So my song “Home Alone” I was making while I was filming. And then I’d go back to set and listen to the music of the movie. I always had music in my ears.

What’s the update on the EP? Are you releasing it as Ansolo or as Ansel Elgort?

It’s Ansel Elgort. It’s all my vocals. I don’t think I’m going to be releasing any more Ansolo music.

It would be at least four or five, maybe six. Then I’ll be working on the album.

What’s the best part of touring?

Coming to see all these amazing cities. I wish that we were making a stop in Manila or the Philippines. I wish we could have gone.

What do you miss about home when you’re on the road?

My friends and family. I feel very familiar with my city. I feel like I know New York so well and I have my routine, I like routine and I love home.

I would get a nice big car and put all my friends in, my girlfriend, my brother and sister and we’d play good music and we’d drive around and take photos and have fun and go swimming in the water.

I like juices. I’d go to a convenience store and I’d always buy so many drinks.

I do like Slim Jim from time to time. Pretty gross but it’s good.