LOOK: Prince George’s most endearing moments of the year as he turns 4 | Lifestyle.INQ ❮ ❯ 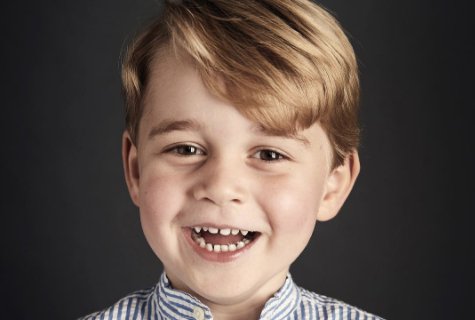 The Duke and Duchess are delighted to share a new official portrait of Prince George to mark His Royal Highness’s fourth birthday tomorrow 🎈The photograph was taken at Kensington Palace at the end of June by Chris Jackson. The Duke and Duchess are very pleased to share this lovely picture as they celebrate Prince George’s fourth birthday, and would like to thank everyone for all of the kind messages they have received.

According to a statement from the royal family, Prince George will begin attending prep school at Thomas’s Battersea this September.

The son of Duke and Duchess of Cambridge Prince William and Duchess Catherine has had an eventful year attending official events with his parents. The royal toddler has won attention around the world for his candid and sometimes seemingly cheeky behavior.

Take a look at his best moments from the past year:

In September 2016, Prince George and his sister Princess Charlotte, 2, accompanied their parents to Canada for a visit.

While dad William chatted with the Governor General, George took it upon himself to wave at Prime Minister Justin Trudeau:

A little wave from Prince George to Prime Minister and Mrs Trudeau who together with The Governor General welcomed the family to Canada.

But when he finally met Trudeau, things got off on a shaky start when he refused to give him a high-five.

The joke was that it was unbecoming of royalty to high-five a commoner.

Still, it seemed the tot enjoyed himself as he played with bubbles and bonded with dad William.

Amid their duties, Catherine and William are known to be hands-on and affectionate parents to their children, doing away with the usual practice of the British elite being raised by nannies.

Unimpressed at the Queen’s birthday parade

The parade, also known as Trooping the Color, is an hours-long ceremony featuring military forces.

The young prince stole the spotlight when, like any other child, he made no pretense of what he was feeling at that point in time.

To be fair, his father was once in the same predicament.

Shy in Poland
The Duke and Duchess had their kids in tow when they visited Poland and Germany earlier this month.

The little prince wasn’t too keen about a royal red-carpet welcome and his dad had to comfort him. Thankfully, Poland was a very considerate host.

Dear Prince George, there is no need to worry. #Poland is Great just as Britain is! 🇵🇱🇬🇧

At the raw age of 4, pomp and circumstance may not be Prince George’s cup of tea just yet.