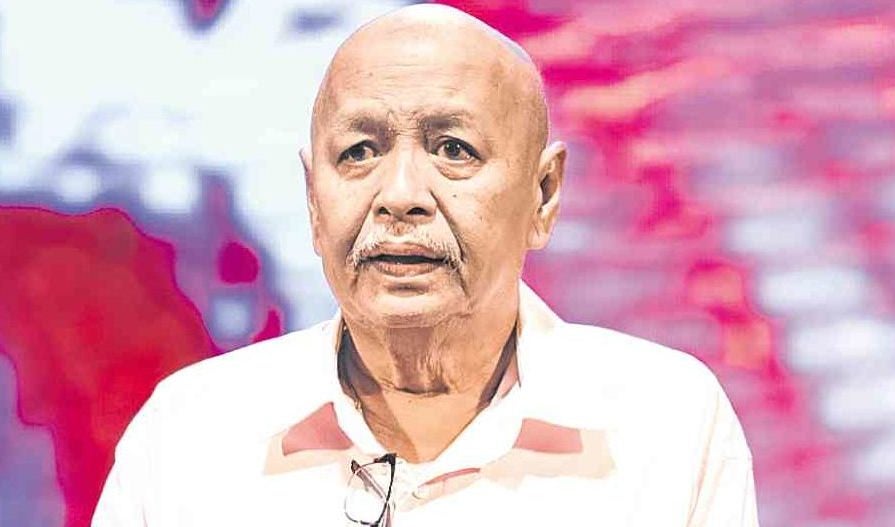 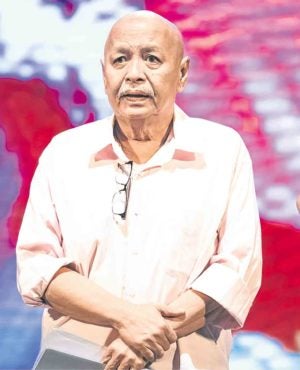 Soxie Topacio, a stalwart of the Philippine performing arts with a prolific, decades-long career as an esteemed actor, director, writer and teacher-mentor across theater, film and television, passed away Friday at around 9 o’clock, his home theater group the Philippine Educational Theater Association (Peta) said.

Topacio died of lung cancer while confined at the De Los Santos Medical Center in Quezon City. He was 65 years old.

This was Topacio’s second hospital confinement; the first was in March this year, when his illness was first detected. But after undergoing chemotherapy, he was well enough to participate in Peta’s 50th-anniversary concert in April, where he was his usual zany self as one of the hosts-presentors. But on Thursday evening (July 20), he was rushed to the hospital for pneumonia; he expired the following day.

Topacio, born on June 19, 1952, in Manila, joined Peta in 1969, two years after its founding. As a resident artist of the pioneering theater group, he became one of its leading creative lights during the company’s crucible years in the ’70s and early ’80s when Peta’s theater-making became a preeminent articulator of social issues and the struggle against the Marcos dictatorship.

His original college course was Chemical Engineering at University of the Philippines, before he shifted to Architecture and Mass Communication; later on, he also enrolled at the Philippine Institute of Interior Design, but eventually dropped out of school altogether to focus on working in theater, film and TV.

On stage, he acted in and collaborated with other Peta artists on many of its seminal productions, among them founder Cecile Guidote Alvarez as well as fellow pioneer Peta members Lutgardo Labad, Lino Brocka, Nonon Padilla Jr., Orlando Nadres, Jonas Sebastian, Joel Lamangan.

Many of his contemporaries would also become leading figures in contemporary Filipino cinema. When he received this year’s Natatanging Gawad Buhay for Lifetime Achievement, given by the the group of professional theater companies Philstage at its annual Gawad Buhay ceremonies, Topacio credited Brocka for bringing him to TV and film and forcing him to learn the ropes of directing in another medium.

He would also thrive in them, acting in film, directing and writing a succession of TV shows, even earning a nomination for production design in the 1977 Famas Awards for the movie “Mortal.” As an actor, he became primarily known as a comedian; the last film he directed, 2009’s “Ded na si Lolo,” was also a comedy.

His last directorial work for Peta was “Noli Fili Dekada 2000,” a reworking of Rizal’s novels into a contemporary portrait of a fractured Philippine society.