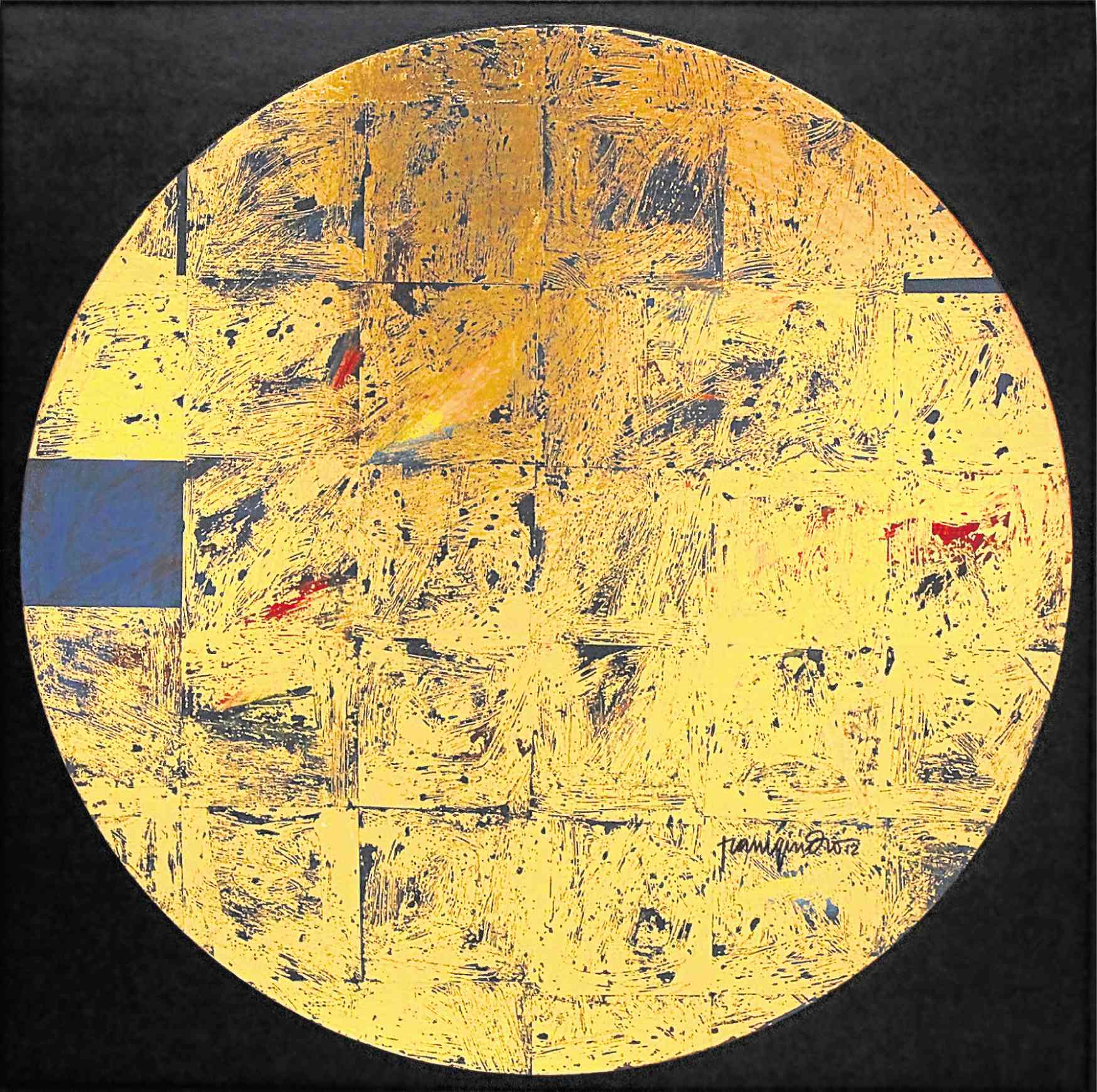 Veteran modernist Raul G. Isidro applies his abstract imagination in the concrete world of landscape genre painting in “Landscapes,” which will run July 26-Aug. 8, at the ArtistSpace of Ayala Museum, Makati City.

Isidro is renowned for his rock landscapes and organic abstractions. His works are imbued with a Zen spirit and they depart from the gestural intensity of Abstract Expressionism. Instead of providing an atmosphere of psychological complexity and even derangement, his works are noted for their meditative, even therapeutic, evocation.

His modernism, acquired from training at University of Santo Tomas, the cradle of Philippine Modernism, has enabled him to reinvent or “modernize” classical western art genres.

Pitted against the expressionist-impressionist landscapes of, for instance, Van Gogh, Isidro would depict landscapes much like the classic Japanese artists would do: by suggesting the contours and lines through nearly calligraphic strokes, evoking peace and meditation in the process, even if the depiction is about nature’s intensity and wrath.

Typical of the Asian artist, Isidro would seek to reunite man and nature rather than pit them against each other, as is the tendency in much of Western art.

His minimalist, meditative aesthetics are rendered in bold strokes and strong palette: The result is spiritual introspection, one that unites the self with nature, not divide the two.

Isidro is one of the leading voices in the second generation of Philippine modernists.

Among his professors at UST were National Artist Victorio Edades, the father of Modernism in the Philippines. Among his schoolmates were sculptors Ramon Orlina and Eduardo Castrillo.

Isidro first exhibited at Solidaridad Bookstore’s Gallery in 1969, at the invitation of National Artist for Literature and Solidaridad owner F. Sionil José, and has had over 50 solo shows since.

He received the Ten Outstanding Young Men (TOYM) award for art in 1979.

In 1980, he told art critic Leo Benesa: “I was looking for symbols that I could use as themes.”

Isidro later became dean for a long time of the College of Fine Arts of Philippine Women’s University.