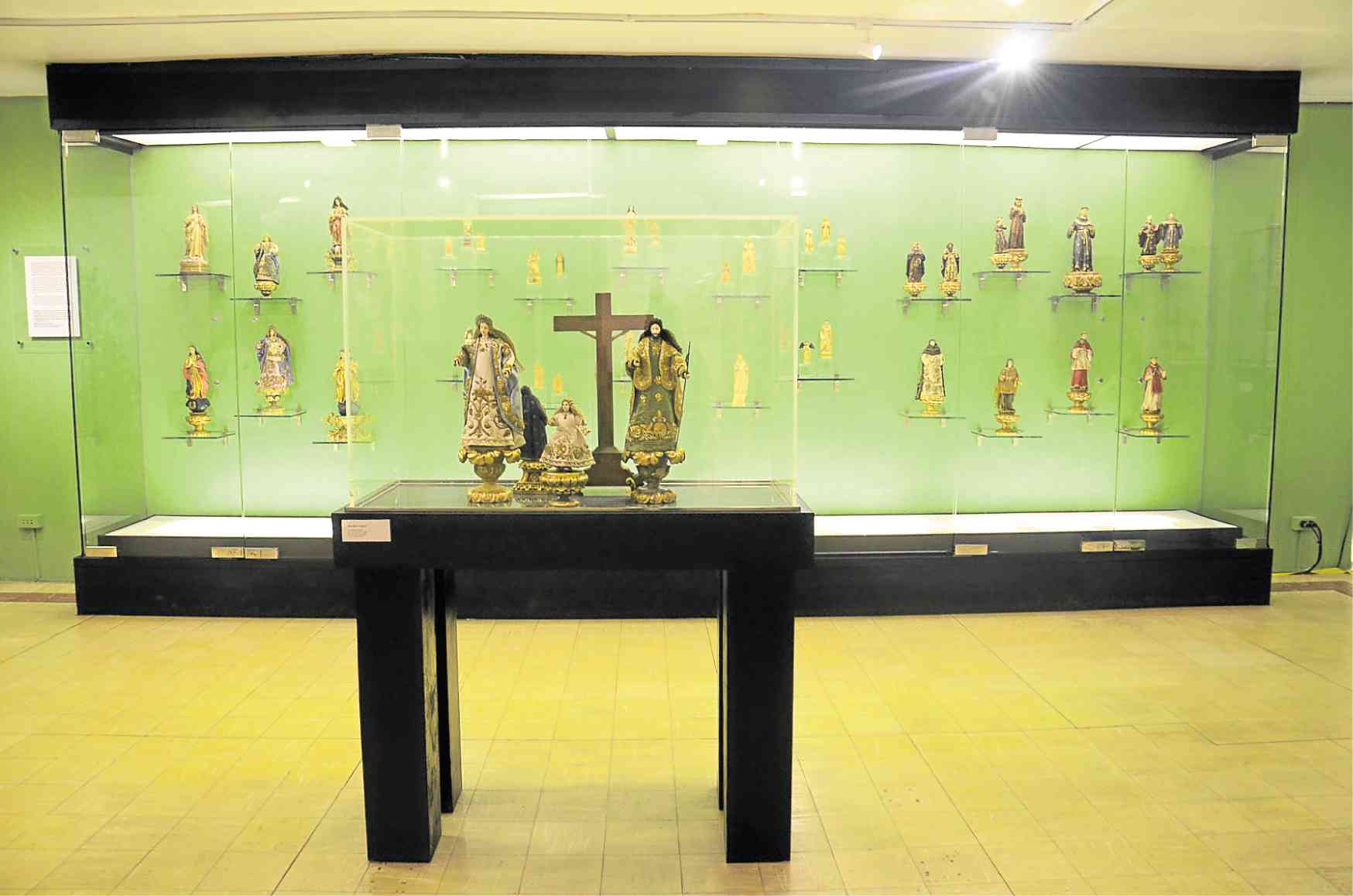 Pioneer heritage conservationist, collector, architect-decorator and style savant Luis Ma. Araneta gave meaning to the saying, “one’s trash, another’s treasure.” Through his patronage of architectural salvages and antique cast-offs, he has contributed to the enhancement of Philippine decorative arts.

“Old things would have been thrown away. He preserved them. He taught Filipinos how to appreciate their own. His main contribution to our cultural history was to inspire people to collect Filpiniana,” artist-

Then again, Araneta had contributed to our cultural history through his painting collections that showed the evolution of styles taught in formal art schools, from the classic western styles patterned after European academies, to early modernism, wrote curator Yael Buencamino in an essay. She is also Araneta’s granddaughter.

Araneta’s extensive collection viewed “religion, history, visual arts, crafts, traditions and fiestas, and literature were all various aspects that made up the Filipino life and culture,” she said.

As a nationalist, Araneta collected books, periodicals, editorial cartoon, 19th-century dictionaries of local dialects—all of which echoed the politics and lifestyle from the 19th to the mid-20th century.

Born in 1916, Araneta grew up on R. Hidalgo Street, Quiapo, the once-elite district at the turn of the 20th century. He cultivated his taste for beautiful objects from his mother, doña Carmen Zaragoza y Roxas, who inspired him to start collecting. Like most children, he began with stamps and postcards. Artist and aesthete, Carmen’s taste was influenced by her father don Jose Zaragoza Aranquizna, publisher and editor of a weekly culture magazine, La Ilustracion Filipina.

Araneta developed an appetite for art from connoisseur don Alfonso Ongpin, whose family owned a general store that also sold art materials. While studying Architecture at University of Santo Tomas, he started collecting works of major artists in the American colonial era, when the Philippines was girding for independence.

“He grew up in a society that was still coming to grips with its idea of what it meant to be Filipino,” Buencamino said.

Buencamino attributed her grandfather’s patriotism to his father, Gregorio Soriano Araneta, a lawyer who had served the Philippine revolutionary government and was later named secretary of the finance and justice departments in the American regime.

“He was a war hero,” cultural researcher Augusto Gonzalez said. “As a guerrilla, he helped to transmit supplies and information.”

However, he was caught by the Japanese, grilled and tortured in Fort Santiago. Based on a family memoir, Gonzalez quoted Araneta as saying, “I bore all the pain, yet I never divulged who my associates were in the movement.”

Nonetheless, don Alfonso visited him to talk art and sold him painting from his collection.

In 1944, Araneta was released from the fort and fled with family members to the their summer house in Baguio. Buencamino recounted that her grandfather rolled up paintings and carried them on his back. Along a perilous trail, he dug a hole under a tree and buried the paintings.

Upon returning to Manila, he went to the same site and recovered the artworks. Buencamino cited a painting of a blind beggar by Telesforo Sucgang, which is now in the Central Bank collection.

After the Battle of Manila, that destroyed historic Intramuros in 1945, it was said that Araneta recovered architectural fragments and relics, which he knew possessed great value in the future.

Meanwhile, he went around the Philippines, following leads on his missing brother, José. The provincial trips exposed him to richness of folk and ecclesiastical art.

By then, priests had developed modern tastes and started dismantling timeworn religious icons and ecclesiastical furniture, carroza and church doors and stored them in the basements. Araneta and his scouts started gathering ecclesiastical art and exchanged them with modern appliances or church repairs. Over time, he had amassed a diverse collection of Philippine religious arts and furniture.

“The desire to preserve heritage is also what drove Luis to start his collection of religious art,” Buencamino wrote. 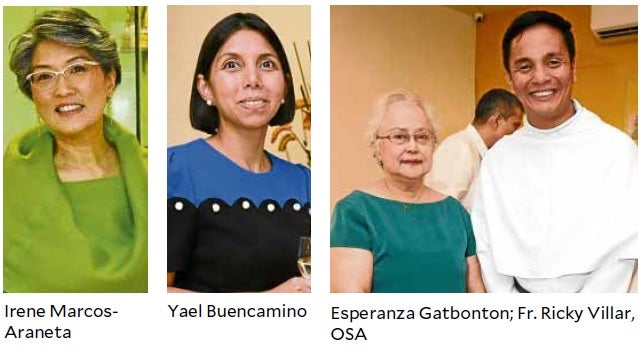 Earlier, the family opened the Carmen Zaragoza gallery of the San Agustin Museum. Buencamino named the most extraordinary works—“Baptism of Christ” by Simon Flores; the oil-on-panel works inspired by the Sorrowful Mysteries of the Rosary (1850) by Liberator Gatchalian; and the Way of the Cross paintings from Paete and Bohol.

“He had the drive to achieve

this vision of preserving for posterity the material culture of our Filipino heritage, whether it be arts and crafts or the literature and chronicles of our nation’s history,” Buencamino said. —CONTRIBUTED