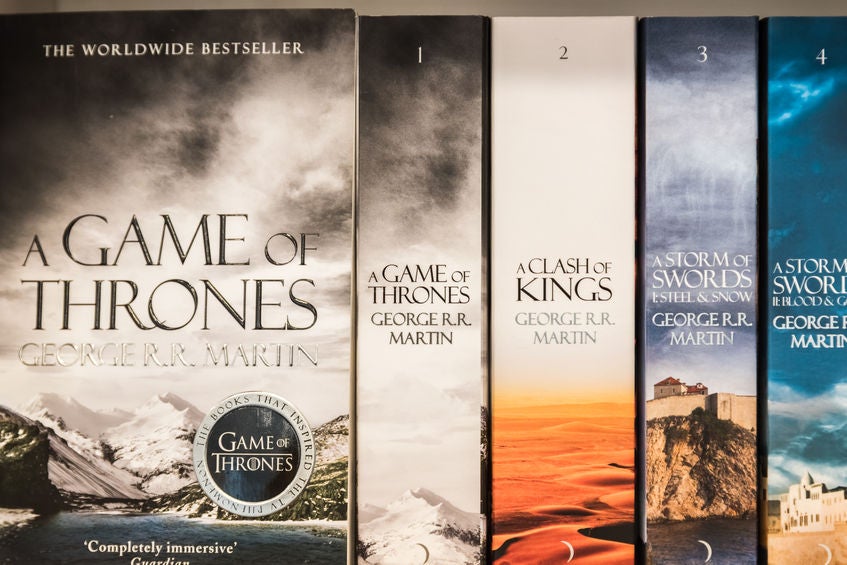 With the “Game of Thrones” hype skyrocketing in the TV series’ penultimate season, fans are wondering when George R.R. Martin will come around to finishing the sixth book in the “A Song of Ice and Fire” series.

The novelist took to his blog to reassure fans, this time announcing that “The Book of Swords,” an anthology of fantasy short stories by award-winning authors, can be pre-ordered on Amazon.

The 68-year-old contributed “Sons of the Dragon,” which is about the rule of Aegon the Conquerer’s two sons, Aenys I Targaryen and Maegor the Cruel. It is “for those who cannot get enough of my entirely fake histories of Westeros,” quipped the author. In Westeros, Aegon I is the first king in the line of Targaryens.

He also revealed that a history of the Targaryen kings would be narrated in a new book, “Fire and Blood.” It will be published in two volumes, the first of which is “largely written” and starts from Aegon’s Conquest until the reign of boy king Aegon III (the Dragonbane), the seventh Targaryen king. It will also contain the history of the Dance of the Dragons, a civil war between the Targaryens during their rule of the Seven Kingdoms.

Volume 1 of “Fire and Blood” may appear in late 2018 or early 2019, while the second volume will take some years more.

The sixth installment of “A Song of Ice and Fire”—“The Winds of Winter”—is still “months away.”

“‘How many [months]?’ good question,” said the American writer, who hasn’t met publisher’s deadlines. “I still have good days and bad days, and that’s all I care to say.”

He can’t say which will come first between “The Winds of Winter” and “Fire and Blood,” but he loosely promises, “I do think you will have a Westeros book from me in 2018… and who knows, maybe two. A boy can dream….”

While watching the seventh season unfold from the edge of their seats, fans will certainly keep dreaming.  /ra