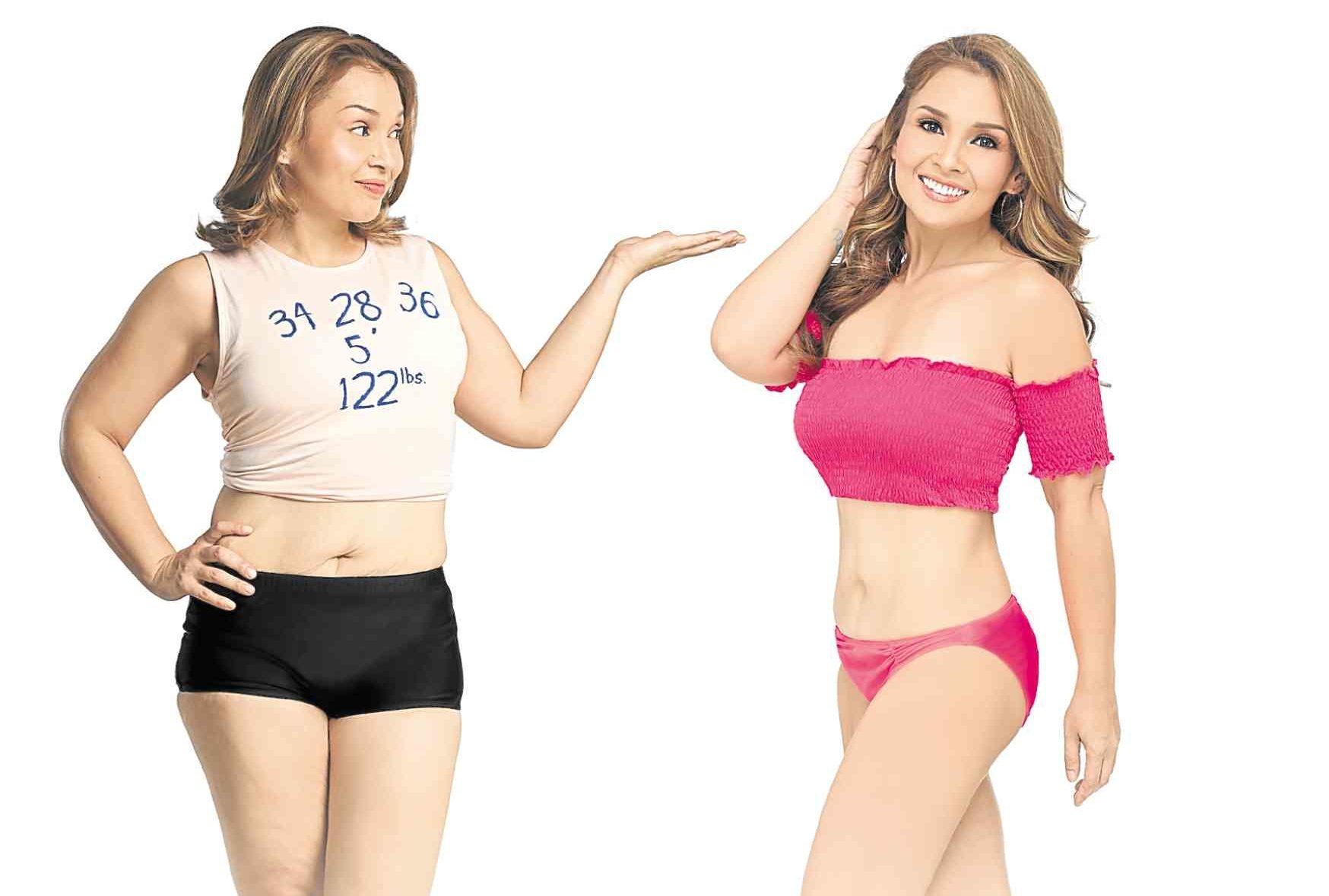 Chantal Umali before and after CMYK

How they survived body-shaming

There’s nothing more brutal on one’s physical appearance than show business. People can be rude and they often are when you don’t measure up to their idea of a perfect female form.

Years of performing in front of the camera or before an audience can be both exhilarating and heartbreaking.

Child-star-turned-yoga guru Chantal Umali, known in a TV commercial as the chubby little girl who is drawn more to hotdogs than a boy, recalls a time when she was body-shamed by a total stranger.

“One time,” she recalls, “we were shooting in Fort Santiago, a stranger came up to me and, in front of everybody, said, ‘Paano ka nagkakasya sa lente ng camera, eh ang laki-laki mo?’ And that memory is implanted in my head forever.”

Theater actress Mikkie Bradshaw-Volante also remembered a time she was called names in school by a boy she had a crush on. At age 12, the naturally curvy Volante wanted a Barbie doll physique so bad, she developed an eating disorder.

Volante’s frequent purging also took a toll on her health, physically and mentally. She developed acid reflux from all the vomiting, which later on caused damage to her vocal cords.

Umali, who became a stay-at-home mom, suffered from postpartum depression in 2011. Weighing 186 pounds and with no career to speak of, she fell into depression.

“I was starting to feel cramps in my body,” she says. “My ankles couldn’t carry that much weight. I felt so bad about myself. It was really dragging my body down. I didn’t feel good about this, I felt sick, I felt heavy and then that’s when I started practicing yoga.”

She lost 47 pounds in 100 days and began to feel better. Inspired to lose more weight, Umali began to live an active lifestyle, but that wasn’t enough.

The skin under her arms also began to sag. She encountered problem areas, like her thighs and her tummy.

“I was born with big legs,” she explains. “They were so big there was a fold on the top of my knee. I’ve been doing yoga for a few years but I never got slimmer legs. Plus, I had quite a belly.”

Meanwhile, Volante got married and bore a child. She began to rapidly put on weight and realized there were not much roles for her to play. She spiraled back into depression, gaining even more weight, to a point where she shut herself from the world. No one could see her, not even her relatives.

“As a mom, you attend to so many other things, you forget your own needs,” she notes. “I was taking care of my daughter, my husband, the house, the dog, the car. Then one day, I looked at myself in the mirror and wondered what happened.”

Volante was just about to resort to liposuction when she learned about a noninvasive, risk-free and painless way to help her achieve her body goal, without the downtime, at Marie France.

Umali also couldn’t risk going through invasive procedures, especially with the downtime that came with it, now that she’s living an active lifestyle.

At Marie France, they were made to see a doctor and a
nutritionist.

“The nutritionist made me eat more,” says Volante. “I was like, no, I can’t eat that much. That’s too many calories! Are you crazy?’ It was scary.”

But, as she found out, “I’d be so full and still lose weight, so now I’m, like, yay, I can eat more. It fixed my relationship with food. It’s such a strange sensation to be full and I don’t panic that I’m full. I’m enjoying life more, thanks to Marie France.”

Volante and Umali decided to undergo Marie France’s innovative, noninvasive, and proven-effective weight-loss programs. One of their go-to treatments is FMS Elite, the advanced version of the highly successful Fat Mobilization System that reduces weight through the process of thermogenesis. It naturally stimulates the body to produce heat energy, burning up to 2,000 calories in just 30 minutes.

For slimmer and more defined legs and arms, they have Vara Pulse that reshapes the body by breaking down trapped fat within the limbs, and Thermo Magnetic Pulse, the four-in-one breakthrough treatment for fat reduction, body contouring, skin tightening and cellulite smoothening.

Volante went from large to small, losing six inches off her waistline.

“I have a different outlook now with food,” says Umali. “It’s not the enemy. You just have to eat right. I have a good relationship with food. I’m not afraid anymore.”