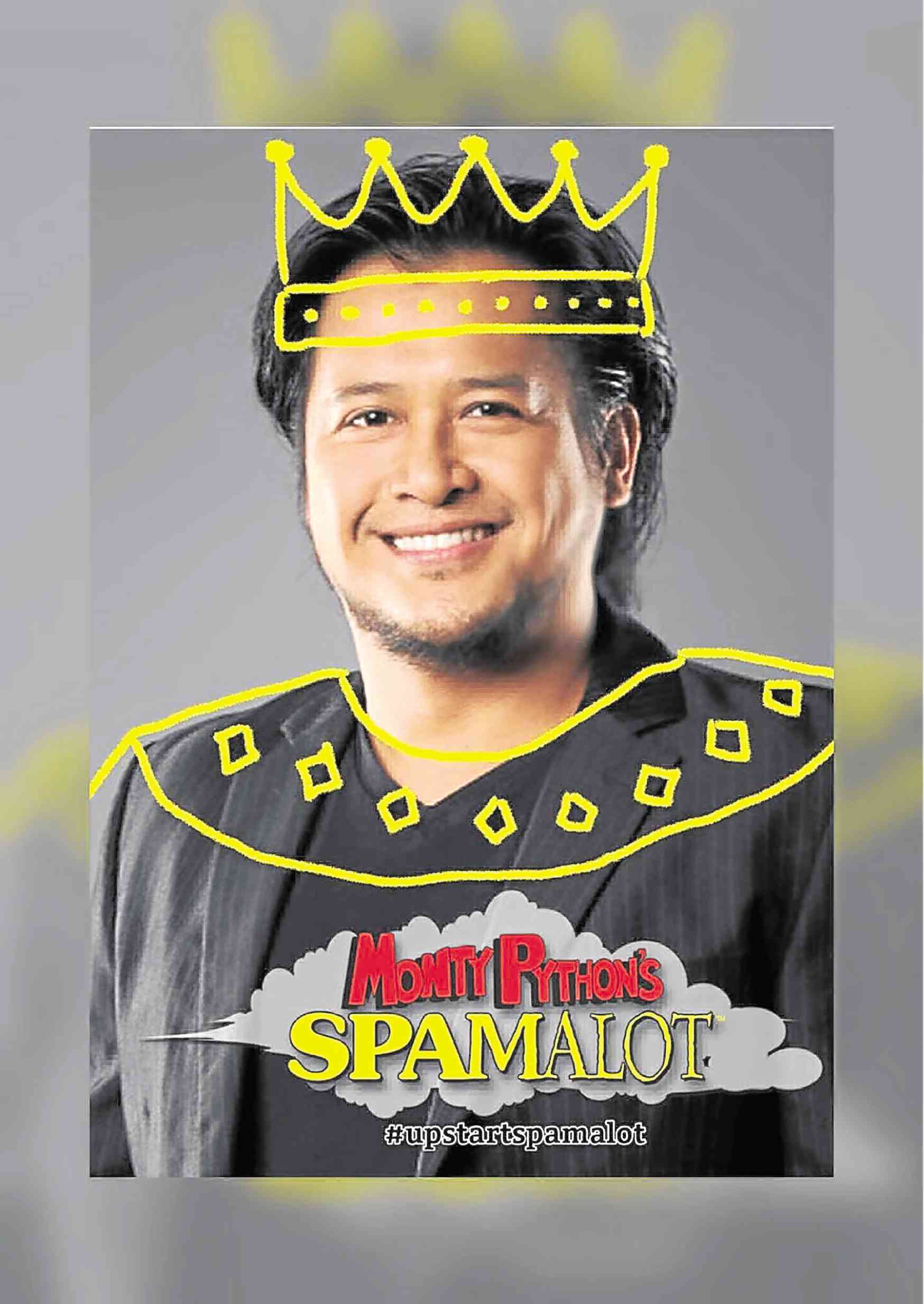 Triviño says Martinez is ideal for the part because of the “charm, sincerity and humor that he brings to the role…” “Arthur has to be played by someone with excellent comedic timing and a sense of playfulness to discover nuances in the character—and Loy has both.”

Also, Trinidad believes Martinez is a very good dancer. “He might deny this but he is a great dancer, besides being an excellent singer and actor.”

“I really enjoy him as director because he lets me do anything I want. He lets me do almost anything,” says Martinez of Trinidad, half-jokingly. “Honestly, we’re just always having fun and being crazy all the time. He lets me know when I’m going overboard, so at least there’s a bit of control to the craziness.”

Seeing Trinidad direct Martinez onstage feels like a homage to their old men. Their fathers, Noel Trinidad and Leo Martinez, were among the pioneer members of the 50-year-old Repertory Philippines, and undeniably among the finest veteran actors around.

The “resplendently silly” “Monty Python’s Spamalot,” as the New York Times described it, won the Tony in 2005, the same year it opened on Broadway. It also won the Drama Desk Award for Outstanding Musical and the Grammy Award for Best Musical Show Album.

For Trinidad, staging “Spamalot” is a dream fulfilled.

“I’ve been a fan of the comedy group Monty Python for as long as I can remember. One of my favorite comedy films is ‘Monty Python and the Holy Grail,’ which I’ve seen at least 10 times. ‘Spamalot’ is based on that movie, so of course I wanted to produce it!” he says.

He saw “Spamalot” on Broadway about a year after it opened. “I absolutely loved it! It was super smart and super stupid at the same time, which I thought was amazing. I knew most of the jokes by heart because I’d seen the movie so many times, but the Broadway production managed to make the whole thing fresh and spontaneous.”

Martinez is joined by Rachel Alejandro and Carla Guevara-Laforteza, who alternate as the Lady of the Lake, the guide to King Arthur and the Knights of the Round Table’s quest for the Holy Grail.

For the rest of the cast, Upstart conducted auditions. “You want to work with people you know will do a good job; but it’s also important to see what’s out there in terms of new talent,” says Trinidad.

Fashion designer Francis Libiran created exclusive gowns for the musical, which Trinidad describes as “amazing because they look like they’re made of magic. Those dresses deserve a standing ovation of their own.”

For families and barkadas from Alabang to Valenzuela, Trinidad says “Spamalot” is a weekend treat.

“If you love to laugh, come see it. There’s some naughty language in it, but it’s nothing shocking or offensive—and certainly not anything your kids haven’t heard before. The show is too silly to have a moral, except maybe ‘Don’t take yourself so seriously.’” —CONTRIBUTED