A love letter to Chester Bennington: ‘I wish I can tell him he helped me’ | Lifestyle.INQ ❮ ❯ 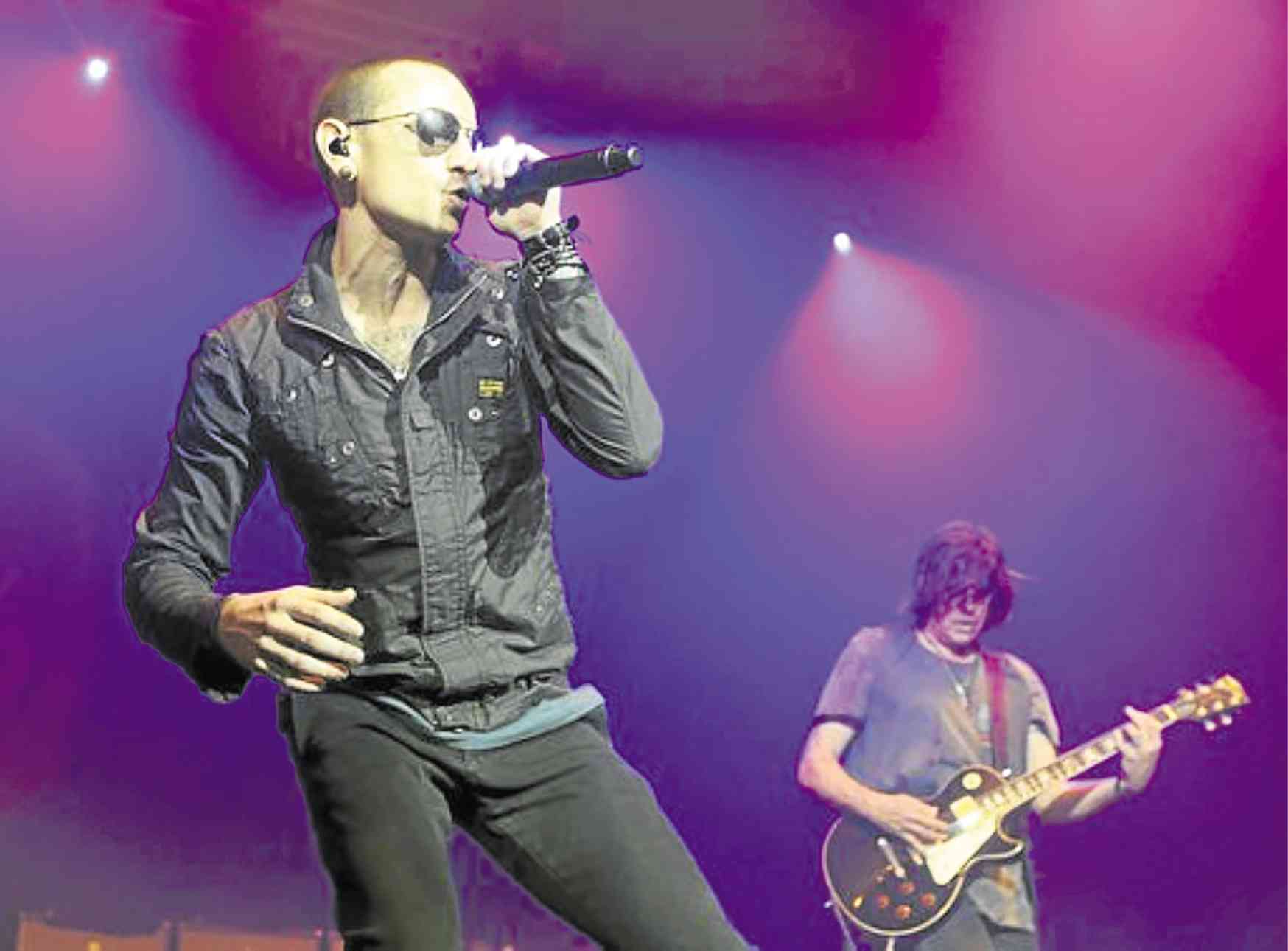 A love letter to Chester Bennington: ‘I wish I can tell him he helped me’

I first heard about Linkin Park in 2001 when I was a kid in sixth grade, in Xavier School, still listening to Backstreet Boys, Westlife, Moffats and other bands. I was this huge kid who spoke with a soft voice, didn’t have too many friends, didn’t excel in school, didn’t participate in sports, was bullied because of my family name and, most of all, was already exposed to things I didn’t understand at the time. When I first heard their song “Crawling” and “Papercut” through classmates, I’d already written the band off as being too rock for me. That was until toward the end of the year when heard their song “In the End.”

During that time, my brother and I were living with our dad in Paco, Manila, while our parents were in the middle of an annulment—an annulment I didn’t fully understand. Our routine then was, after getting out from school at 4 p.m., we’d go to our tutor, just down the road from Xavier in San Juan, where we’d spend around two to three hours before heading home. Once we got home, it was dinner time, around 7 p.m. or 7:30 p.m.

Living with Dad, along with our auntie and Chinese grandmother, meant that conversations at the dinner table was spoken in Hokkien. Most of the time, my brother and I just kept to ourselves during dinner, not uttering a single word unless spoken to in English or Filipino, which we can understand. It wasn’t a strict environment, but you know that feeling when adults are talking, especially in a language you don’t know— either you weren’t supposed to hear it or you’re really not part of the conversation.

This was our life week in and week out. Very rarely, if at all, did we go out with friends. Weekdays were out of the question due to the time spent in commute and weekends were the only time my brother and I can spend with our mother, who went back and forth the United States for work.

My parents separated when I was still in first grade and I always felt guilty if I asked for a day to spend with friends so I just didn’t ask. There’s nothing wrong with asking, but at the time, I felt so guilty of even thinking about asking. This was such a difficult time for me and my brother that we had learned how to be there for each other. We didn’t know why half of the things happening were happening, but we’d accepted it. No one explained to us what was going on, nor did we ask. My brother and I just tried to make good of the situation we were in and tried our best to enjoy what we can.

During one of the car rides to school toward the end of 2001, “In the End” came on the radio and toward the middle of the song, I started paying attention to the lyrics— something I’d never done before. The lyrics from the song “In the End” seemed to understand me.

But how? Why me? How can this random song on the radio put words and melodies in tune with my feelings when I don’t even know how to identify them? But the how or why didn’t matter to me. All that mattered was that someone, somewhere, understood the conflict and the hard times I’d faced growing up and that he’s here, singing about it.

Christmas of 2001, our mom came back from the US for good and also gave me my first CD player. The very next day, we went to Music One in Greenbelt 3 to buy Linkin Park’s first CD, “Hybrid Theory.”

That blue CD player was always with me, always with the Linkin Park CD inside it. Whether we went to malls on weekends, went to school on weekdays and even on trips abroad, I’d bring that CD player with me just so I could listen to Linkin Park. Over the course of listening to their songs, with the accompanying lyric sheet, I began to appreciate their other songs. Songs such as “Forgotten” and “Points of Authority.”

At the time, I had no clue that Chester Bennington had suffered through things far worse than what I’d gone through. It was only this past week that I finally understood the how and why he wrote songs like those. I’ve had my small bouts of depression and know that there are people who have it much worse. Some may argue that Linkin Park is no Nirvana. Chester Bennington was no Kurt Cobain. But Bennington had internal battles, as we all do. More than that, I admire him more because he turned his pain into something productive.

Something I can only hope to do. He wasn’t just singing songs about things that he only had a fraction of an idea of. He was singing of songs that he had firsthand experience of.

Through his songs and lyrics, I was able to find a way to cope. And I can only wish that I can tell him that he helped me. That he helped some kid in sixth grade, sitting in the back of a beat-up white Lancer going to school. That all that kid needed to hear was his voice through the radio speakers saying you’re not alone; you don’t have to face this alone.