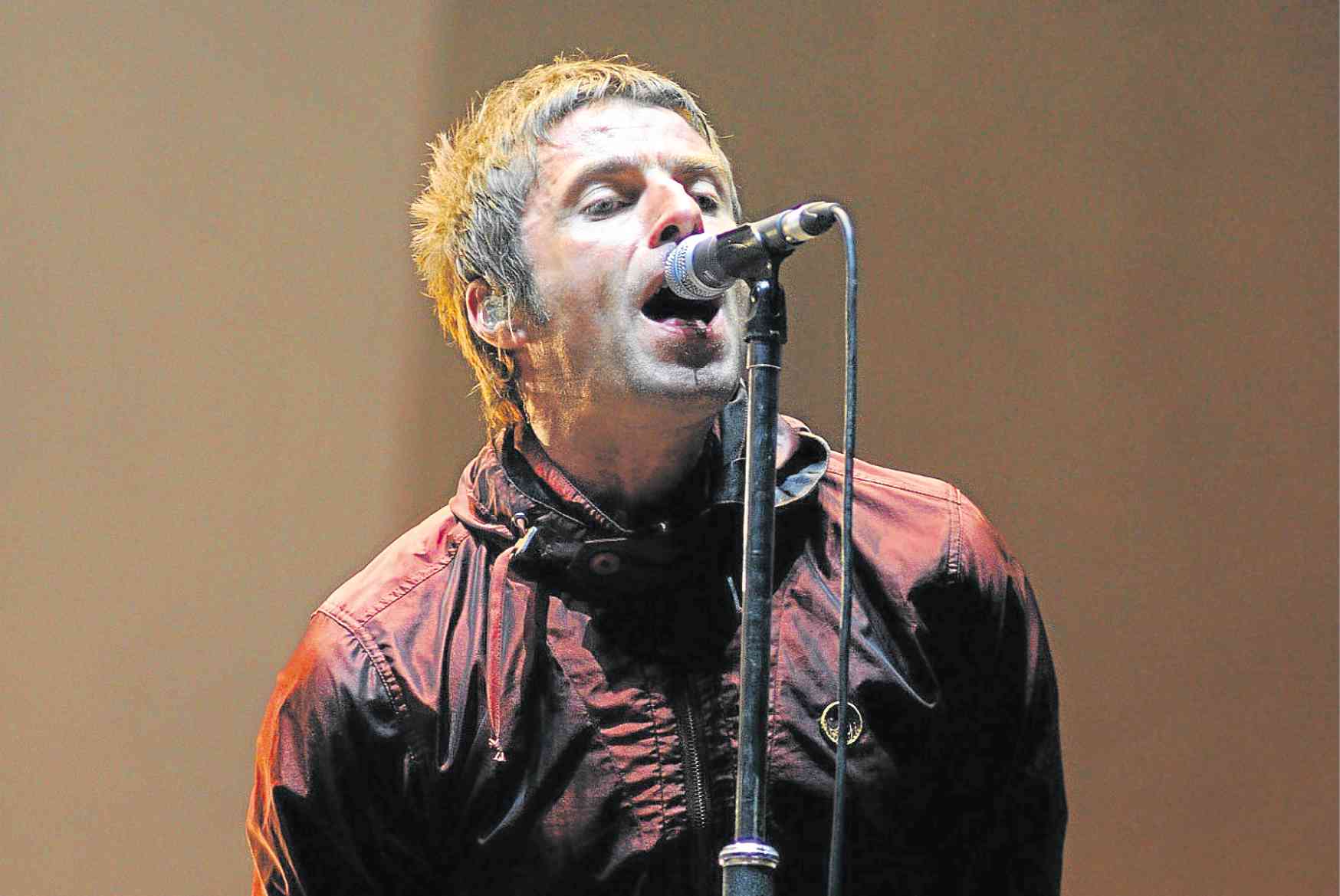 Forget Justin Bieber for now, because he’d rather ride bikes and have fun than go on with a tour that has logged in 150 shows in six continents. The good news is, Bruno Mars—who’s riding high on his latest hit album, the funky “24k Magic” —will be back to perform on May 3, 2018, at Mall of Asia Arena.

But that’s next year yet, and you have till Sept. 7 to save up for tickets. Meantime, another major international artist is due for a concert: Liam Gallagher, Aug. 14, also at MOA Arena.

Gallagher is perhaps the biggest and most controversial British rock star to emerge from the 1990s, following the breakup of Oasis—one of the world’s most critically acclaimed and commercially successful bands.

Although elder brother Noel wrote almost all the tracks on Oasis’ seven albums (“Definitely Maybe,” “(What’s the Story) Morning Glory?,” “Be Here Now,” “Standing on the Shoulder of Giants,” “Heathen Chemistry,” “Don’t Believe the Truth,” and “Dig Out Your Soul”), it was Liam, as the band’s frontman, who gave life and soul to such anthems as “Wonderwall,” “Don’t Look Back in Anger,” and “Champagne Supernova.”

The tabloid-hogging spats between Noel and Liam—not to mention the band’s rivalry with Blur—only magnified Oasis’ legend.

Although Liam went on to form another band, Beady Eye, he will always be known as the face of Oasis, whose idolatry of and homage to The Beatles made it nearly as big and influential as the Fab Four.

Lately there’s talk of an Oasis reunion, but in the meantime, Liam Gallagher as a solo act (with his own backup band, of course) is not a bad thing.

Richard Merk up and about

It’s great to see Richard Merk up and about, singing jazz again after figuring in a vehicular mishap that injured his right leg.

Inquirer colleagues Nikko Dizon and Tina Dumlao recently joined us to unwind and watch Noel Cabangon at My Bro’s Mustache in Quezon City.

While the current political climate can stress out journalists, it’s always a relief to hear Cabangon singing anything from Michael Jackson (“Man in the Mirror”), John Denver (“Perhaps Love,” “Country Road”), to Bread (“I’d Like To Make It With You”), The Beatles (“Here, There and Everywhere”), Kenny Loggins (“Whenever I Call You Friend”), to Bong Gabriel and other Pinoy artists, including, of course, Cabangon’s original material.