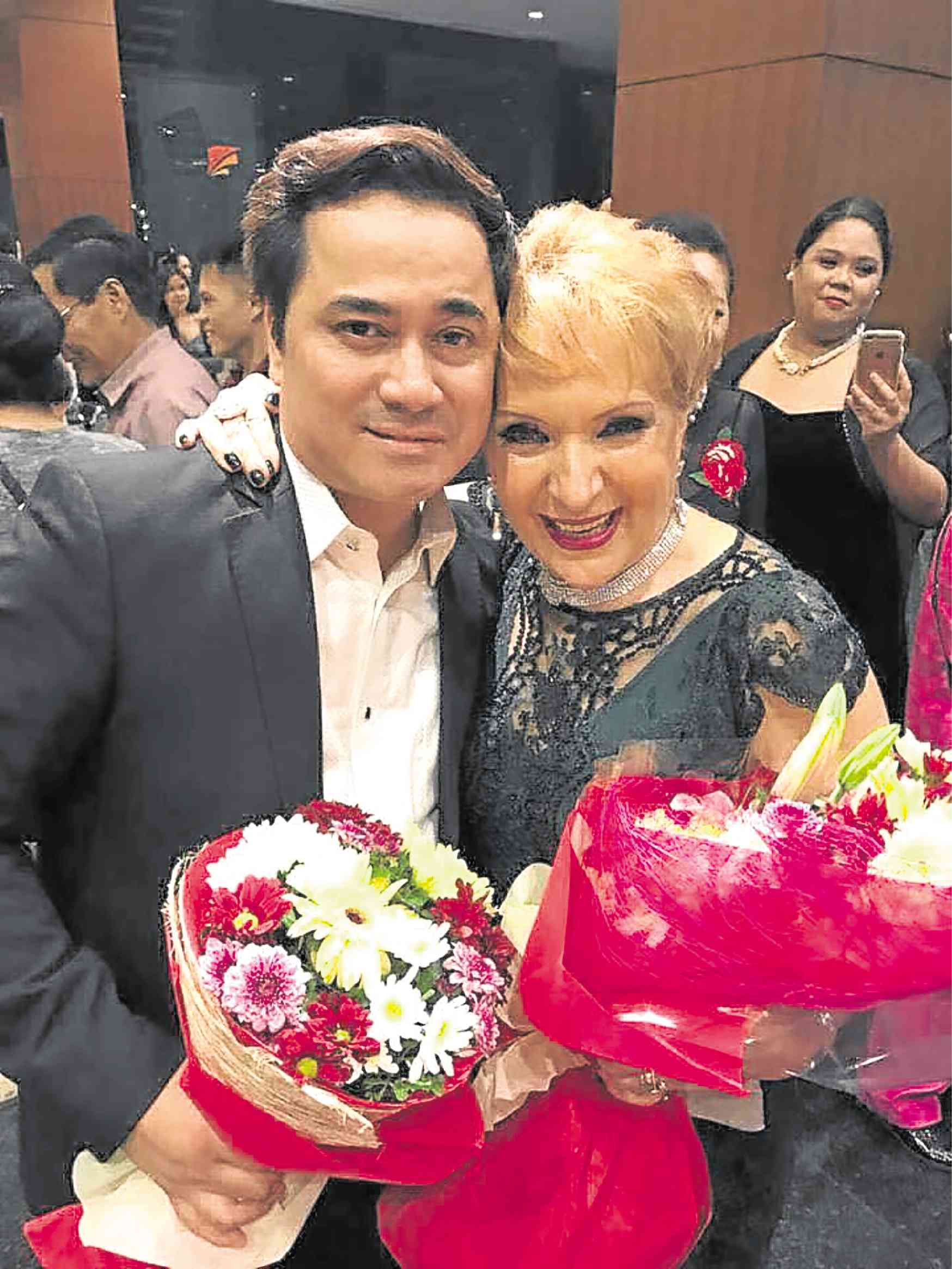 After electrifying his Ayala Museum audiences with his beautiful bel canto singing with Romanian diva Nelly Miricioiu, Filipino tenor Arthur Espiritu debuted in Melbourne Arts Center May 19 with a Polish opera which was his toughest vocal challenge to date.

In the first few rehearsals in Melbourne, he realized he was in for a tough vocal challenge. “It is 20th-century music and atonal, so my musical chops have no power over it,” Espiritu said. “Everything has to be sung to its exact specifications from the composer. If you try to make a stretch or rubato or any color change, you will be behind and you will be out of tune with the orchestra on the next bar. There are many meter changes, no key signatures, and, yes, it’s in Polish. So I had to rely on pure phonetic sounds and translate word for word. I must say it is a totally different experience.”

Singing the lead role of the Shepherd in Karol Szymanowski’s “King Roger,” the tenor said the initial rehearsals were a bit hard as he was the only new singer in the group.

“Everyone has already done the production some 10 times before. So I feel like I have to be up fast to catch up with everything. Of course, there’s the element of having to worry about the short rehearsal time. My role, the Shepherd, is the antagonist of the story. He is the symbol of the Dionysian ideology. One-dimensional being. Believing he is a god. Preaching and spreading pagan beliefs. Human nature is better than religiousness. Why not indulge in your desires? Director Kasper Holten’s ideas are pretty sly. It makes a lot of sense in a visual way, and very emphatic on the battle between his good angel and bad angel. I represent the bad angel. It’s very interesting,” Espiritu related.

An Australian critic said the superb production was a rare chance to see something rich and strange after he watched its maiden staging at the Sydney Opera.

Described as a “voluptuously beautiful, imaginatively colored, stylistically diverse masterpiece,” the opera was earlier seen in a 2015 spring season at the Covent Garden.

The tenor said the opera has some very good beautiful lines, “so many kinds of thematic sounds from the Byzantine to Oriental to old Polish folk tunes. Really interesting. I really think that Szymanowski did some very good things with the voices, especially Roxanna’s role, which has some of the best tunes in the opera.”

The Polish opera was one of two contracts (including “La Boheme”) offered to the tenor after Australia Opera artistic director Lyndon Terracini saw him in the controversial Calixto Bieito staging of “Cosi Fan Tutti” in Basel, Switzerland.

After his Melbourne engagement, he will sing the Duke in “Rigoletto” with St. Margarethen Opern Festspiele in Vienna, and another “Boheme” in Israeli Opera in Tel Aviv at year’s end.

Asked what he learned from singing with the Romanian diva for the first time, Espiritu said.
“I have learned that true art lies within someone’s heart and good intentions for the art. Loving what you do and keeping that love in conjunction with your life. She gave me so much inspiration. To have lived the life and experience all of those fantastic achievements, I’m just in awe.”—CONTRIBUTED