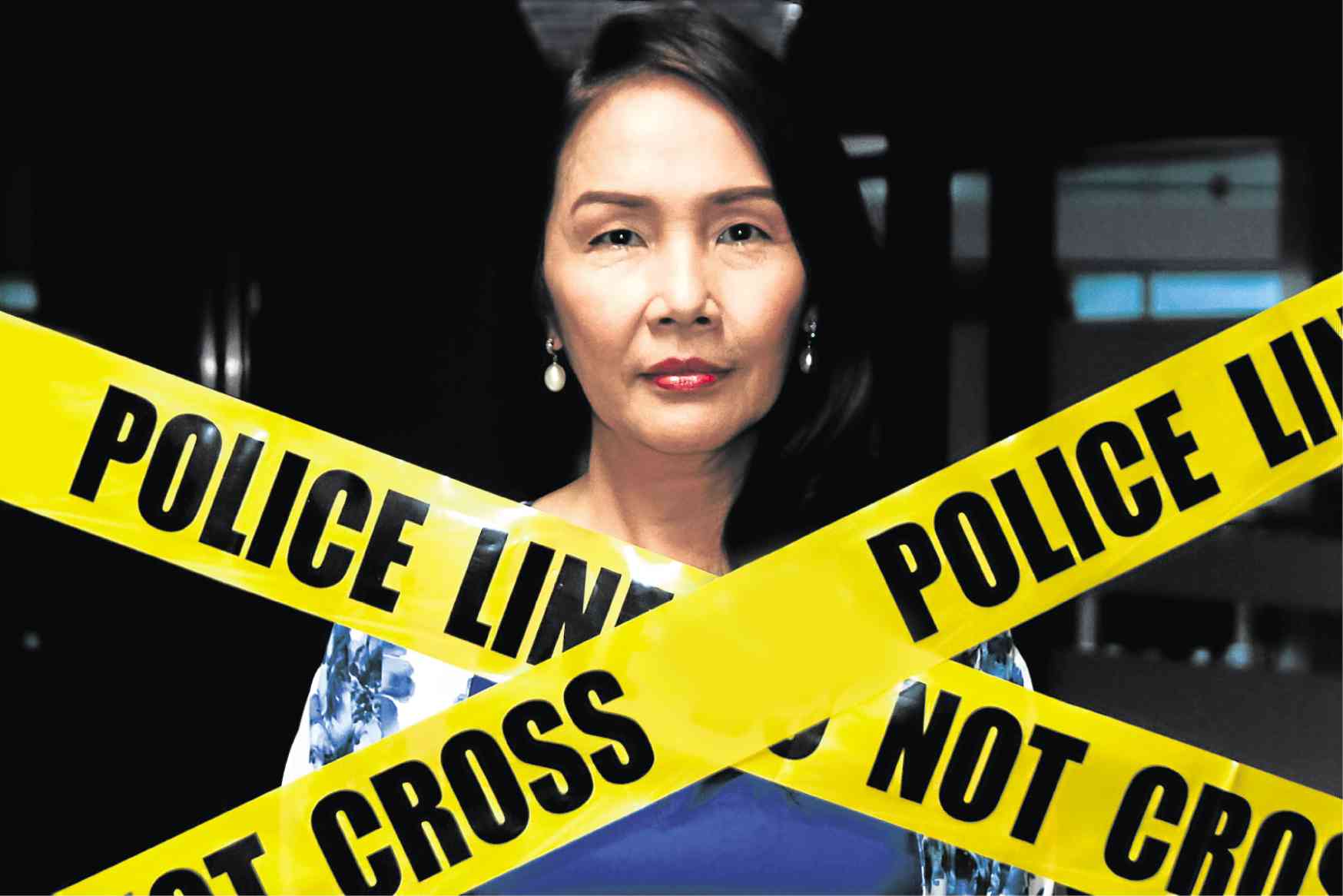 ‘Crimetime’ author wants crime-solver to be a source of hope

Crime is something Filipinos live with on a daily basis, but crime an also be employed as a compelling element in fiction, especially if you throw in the race to solve the crime as seen in detective novels. Take for example the 2002 novel “Smaller and Smaller Circles” by F.H. Batacan, in which a Jesuit forensic anthropologist who races against time to stop a serial killer in Payatas.

“Smaller and Smaller Circles” would later be bought and published by New York-based imprint Soho Crime: A motion picture adaptation directed by Raya Martin will be coming to cinemas soon.

“Crimetime” introduces Tuason and features four cases to be solved. Tuason is a tough but compassionate investigator, easy to root for. She covers homicide cases in the fictional Lakeview area, but clearly operates in Quezon City. This QC—she calls its Kyusi in the book—is so real it feels like nonfiction, with so many details that can only come from real-world experience. “Crimetime” feels like Fres-Felix’s dark love letter to the city.

Maria Leonida Maquera Fres-Felix—Dada to friends— owes the start of her interest in crime fiction to a certain fictional teenage sleuth.

“I enjoyed reading Nancy Drew as a child and later developed a fascination for mystery and crime,” she said.

Fres-Felix has an Economics degree from University of the East and a master’s degree in Development Economics from Williams College in Massachusetts. She worked at Bangko Sentral ng Pilipinas before retiring. She came out of retirement to work in corporate communications for the Philippine Deposit Insurance Corporation before retiring again in 2012. “I’m a serial retiree,” she said with a laugh.

She wrote as much as she could in the time she could find. The award-winning writer is the author of three books: the young adult novella “’Sup,” and the short story collections “Making Straight Circles” and “Boy in the Platinum Palace and Other Stories.”

She already had some interest in crime as a subject early on. “Both my earlier collections had one crime story each, so it was like expanding on what was already there,” she explained. “As you may know, aspiring writers are told to write the stories they want to read, and I did just that. I guess as an economist, it would be a natural progression.

Economics, usually called the dismal science, is also the science of choice. It dissects how consumers choose the products they buy, and how businesses choose the ones they produce. Crime fiction can also be seen as a fiction of choice, where the detective and the readers choose who among the suspects is the culprit. Crime fiction can also provide a means of social commentary because crime knows no boundaries. And yes, most importantly, it’s fun to write.”

She really got into writing after her first retirement in 1998. “On and off, I was the driver and yaya for my daughter, so I would write when I was waiting for her,” she recalled. She also took up classes at the University of the Philippines. Her return to work interrupted her writing, but took to writing full-time after her second retirement in 2012.

“Crimetime” began as just one story and evolved on its own. “I didn’t really intend to have a short story collection,” Fres-Felix said. “But I wrote one and it was so much fun, I kept writing, and then suddenly I had a collection.”
She said it was given that the book would be set in the Philippines and whatever she didn’t know, she researched. She visited police stations and talked to cops. 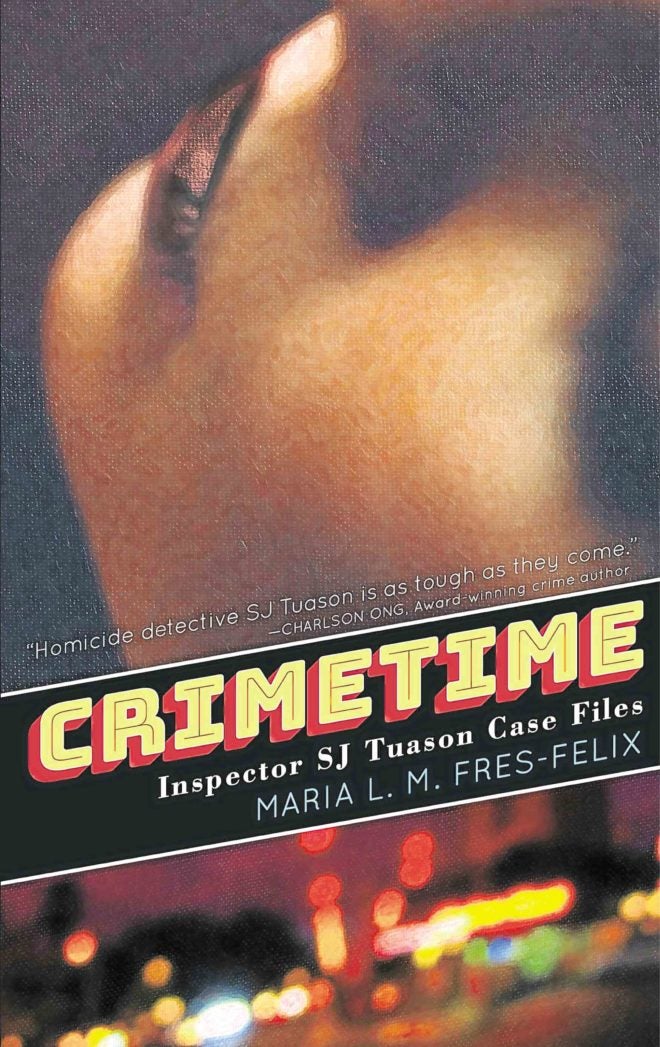 In the process, Fres-Felix crafted an utterly believable character who gets stuck in traffic in her beat-up Sentra, meets uncooperative witnesses and is hampered by a lack of technology, thus reflecting the challenges posed by a flawed Philippine justice system. “This is not television. I wanted to show that not everything you see on TV is real. The kind of show you get from the States and sometimes Canada, everything is there. But here, no, they still use the physical logbook.”

Out of that emerged the heroine. “I wanted a female detective because I wanted to show that, even if we’re hopeless and many people don’t trust the police, there really are very good men and women who are trying to do the right thing.” That’s how SJ Tuason was born.

Fres-Felix kept working on the Tuason character until she was just right. “Originally, she was a little bit harsher. But then I met this lady inspector who was my resource person. I softened and toned down the character because her intention was really to help and she was so soft-spoken.”

In Fres-Felix’s detailed and clear prose, “Crimetime” shows Tuason overcoming all kinds of obstacles to solve the murders assigned to her, including a photobomber in Quezon Memorial Circle who proves to be dead, a victim clad in a Princess Amidala costume, and even a case that has to do with Tuason’s past. Readers are driven to evaluate the suspects and the clues just as Tuason does. She submitted the manuscript to Anvil in March 2016 and “Crimetime” arrived on bookshelves in April 2017.

Fres-Felix is circling a possible sequel for submission later this year even though she didn’t originally think Tuason would be a recurring character.

“I had so much fun with Tuason, I just decided to keep working with her. “This time it’s going to be a full-length novel instead of several stories. She’s fun to be around. If it’s a novel, you have to live with the character for 300 pages. I can do it with her.”

Behind this crime-solving adventure is something inspiring. What is SJ Tuason, and “Crimetime” all about? “It’s hope, really,” Maria L.M. Fres-Felix said. “I’m a sucker for hope. There’s hope even in interesting times. That solution could either be the real solution or not. It isn’t always resolved cleanly and conveniently but what I want to impart is there’s always someone who’s trying to do the right thing. She may not always succeed, but the effort is always there.”