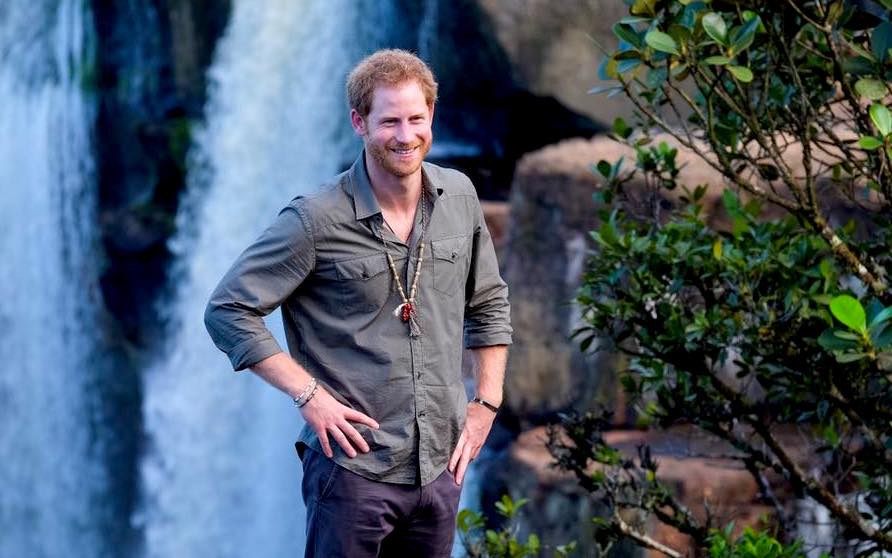 Even British royalty want to be rock stars too.

The Killers drummer Ronnie Vannucci Jr. revealed to The Sun that Prince Harry has been jamming with the band for the past ten years.

The sessions tend to be “long nights” and other royal cousins join in as well.

Being an American rock band meant the members weren’t familiar with the royal family or protocol, which allowed for a chill atmosphere.

“It’s safe to say we didn’t grow up with the sort of bedazzlement of having a Royal Family or anything, so I wasn’t educated in what it means to know these people first,” shared Vannucci, who has been drumming for the band since 2002.

“Maybe that’s what made things cool. It was just like, ‘Hey, man’,” he said in the report, and described the royals as “regular dudes.”

Prince Harry, 32, is known for his affinity for rock concerts, and books the biggest bands when he can to royal events: Coldplay has played at Kensington Palace for a benefit where Prince Harry went onstage to dance along.

For the Prince’s sports event for injured military personnel, Invictus Games, Foo Fighters frontman Dave Grohl said Harry would text him every day to confirm if they were going to play. Grohl, speaking at BBC’s “The One Show”, spoke about the prince: “He’s the nicest guy in the world. He was great, he was very cool.” Niña V. Guno/JB

Prince Harry says no one in royal family wants throne