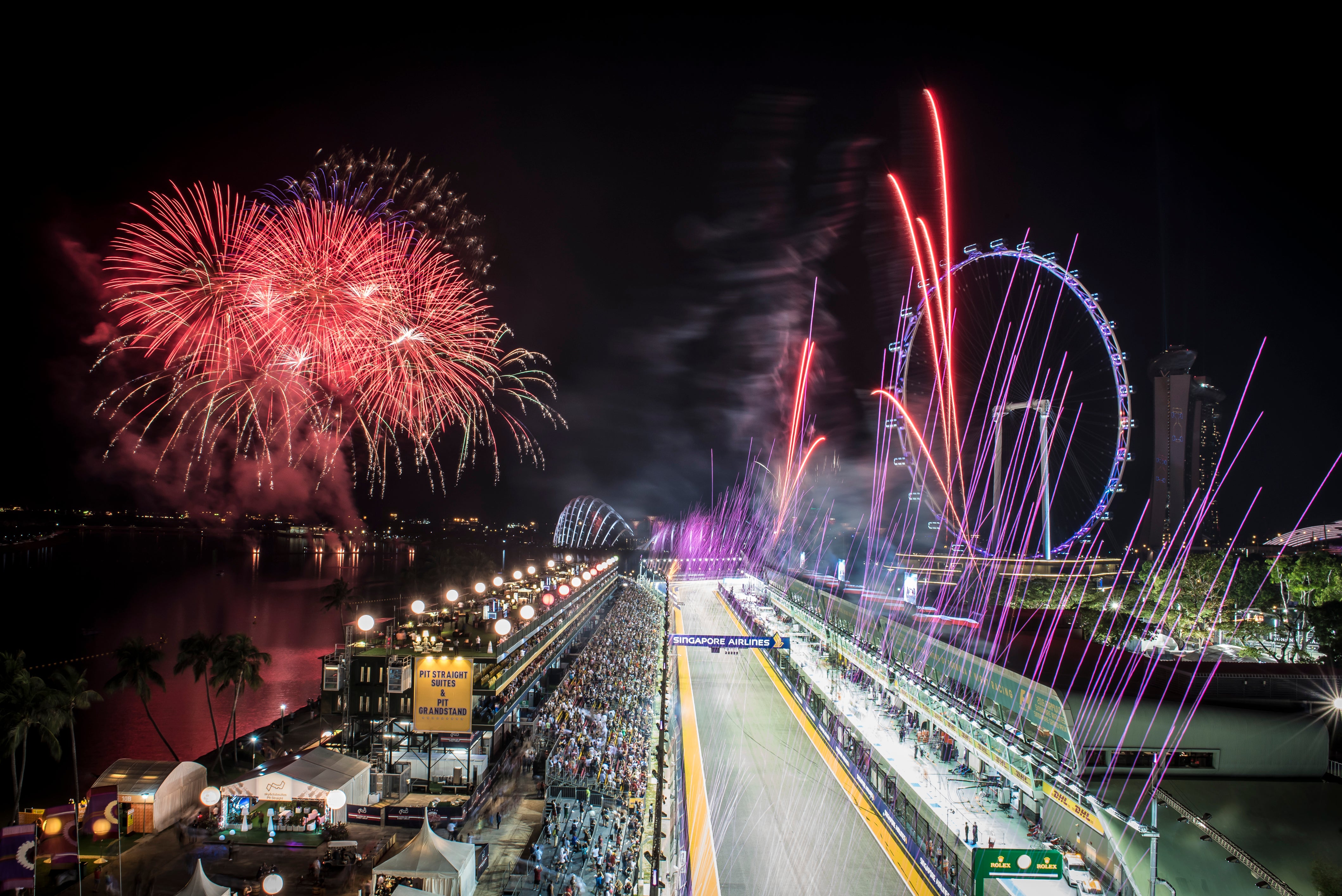 A festive Singapore event you’d love to be part of

MANILA, Philippines – You’ve never seen the best of Singapore festivities until you’ve been to a Singapore Grand Prix weekend.

Every year the Lion City lights up the Marina Bay for the most celebrated motorsports event in the country, the FORMULA 1 SINGAPORE GRAND PRIX or simply F1.

This three-day competition, to be held on September 15-17 this 2017, offers not only the world’s highest class of single-seat auto racing but also some of Singapore’s biggest music shows and busiest days.

Whether you’re into motorsports or not, the Singapore leg of the annual FIA FORMULA ONE WORLD CHAMPIONSHIP is sure to make you feel glad you’ve been there to witness the grand event.

The Singapore Grand Prix, which is now on its 10th year, is the only night-time race in the Formula One series. Held at the Marina Bay Street Circuit, the racetrack spans four zones that pass through picturesque lanes of the Lion City.

This year’s event will also feature the Porsche Carrera Cup Asia and the Ferrari Challenge Asia Pacific as support races.

Regardless of which zone you’re in, you’ll be treated to a majestic view of Singapore’s cityscape and to a dimension that can only be seen in movies and video games – the race of the grandest and fastest cars.

If you prefer to move around looking for the best view of the race, you may opt for a Walkabout pass, but if you prefer a seated section you may go for the Grandstand pass.

Among the highly anticipated parts of F1 are the music shows that follow before and after the F1 race. The best news is that the concerts are part of your race ticket, so you don’t need to pay extra to catch the international acts.

For a quick recap of the previous years, the Singapore-hosted race have seen performances from music icons like Bon Jovi, Jennifer Lopez, John Legend, Katy Perry, Kylie Minogue, Linkin Park, Mariah Carey, Maroon 5, Missy Elliot, Queen + Adam Lambert, Rihanna, Robbie Williams, and Shakira among many others; and this year’s line-up will be no less.

If you’re going for this, here is the schedule and location of the performances:

If you’re worried about running out of activities while waiting for the night race and the music shows, you’ll be happy to know that this will never be a problem.

Before the race gets down to business you can always indulge in shopping around the city, bookmark Orchard Road for this, and if you’re a foodie, food hubs are everywhere and the real ordeal will be what restaurant to choose.

Night parties are also another highlight of the F1 weekend. Amber Lounge and CÉ LA VI are some of the best places to be after the main events of F1, but clubs and pubs surrounding the Street Circuit are also open for exploration.

If you’re keen, go for the Singapore Pub Crawl, a pub-hopping activity that will let you enjoy even the hidden bars of Singapore, which usually only locals can find.

Indeed, the best time to book a vacation to Singapore is when the Lion City roars for the 2017 FORMULA 1 SINGAPORE AIRLINES SINGAPORE GRAND PRIX.

Some tickets are selling out fast so if you want to secure a pass to the 2017 Singapore Grand Prix visit: www.singaporegp.sg or http://www.singaporegp.sg/tickets/sales-channels/international, and you may also call +65 6738 6738.

For more information on the other exciting experiences that await you in Singapore, check out www.visitsingapore.com/ph! advt.