Loren is made a knight of the Italian republic | Inquirer Lifestyle ❮ ❯ 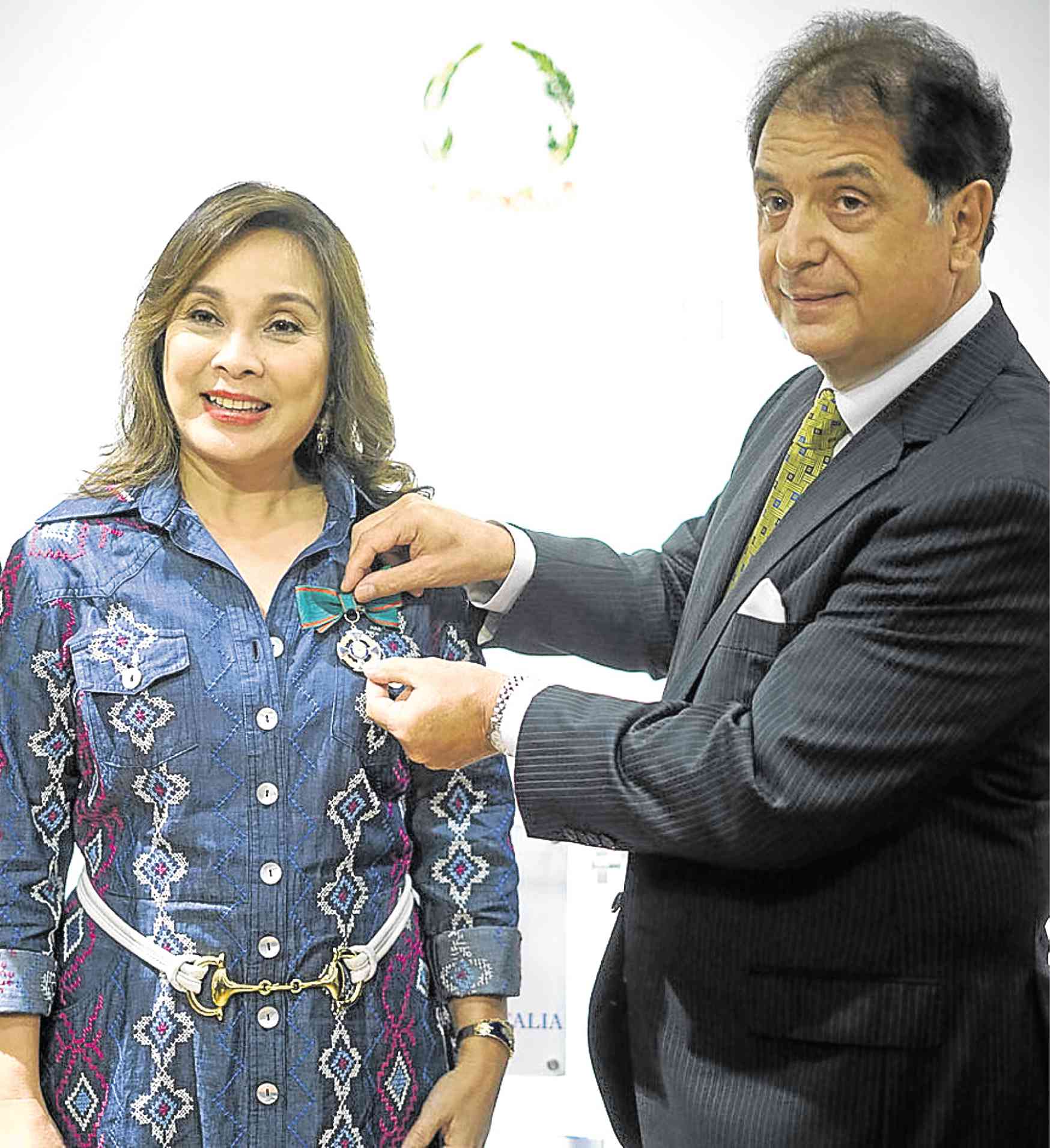 Loren is made a knight of the Italian republic

In case you’re wondering, palangga, the award is given by Italy to a noted individual in any of the fields of literature, arts, economics, public service, and social and humanitarian philanthropy.

“Senator Legarda was decisive in bringing again, after half a century of no participation, the Philippines to the Venice Biennale, thus giving a meaningful contribution to the strengthening of the bilateral relations between Italy and the Philippines,” Roscigno said.

“I am truly grateful and humbled; but more importantly, tremendously inspired to live up to the noble principles this award represents,” Legarda said in her acceptance speech. “I recognize that, as in any award, there are responsibilities. As a cavaliere, and in my capacity as chair of the Senate Committee on Foreign Relations, I will continuously pursue stronger cultural partnership between our two nations and tap other areas of cooperation.”

Among the installations: “Pinoy Kami, Bow”—30 bamboo poles topped by slightly bent salakot (native hat) painted in the colors of the Philippine flag;

“Hulog ng Langit,” an oval frame made of dried rattan sticks festooned with hundreds of fossilized leaves and flowers;

“Grande Flora,” a painting of orchid flowers with crystals, amethyst and jade in a chartreuse background.

Cuna’s love of Philippine arts and crafts and local materials was evident in his “Bulaklakan,” an installation of golden coffee branches abloom with large red hibiscus-shaped plates.

A project of the National Commission for Culture and the Arts (NCCA) and Filipino Heritage Festival (FHF) Inc., the exhibit brought together lovers of Filipino arts and culture.

The guest of honor, Singaporean Ambassador Kok Li Peng, crowned the bamboo poles with salakot to formally open the exhibit, with Armita Rufino and Araceli Salas of FHF, NCCA executive director Rico Pableo, as well as Millie Dizon and Perkin So of SM.

The event feted MediCard’s business partners, corporate clients and providers to a sumptuous banquet. Theme of the celebration was “Brave the World” to emphasize the company’s commitment to encourage Filipinos to mind their health to persevere, seize more opportunities, dare to make a difference, and successfully pursue a better future.

“Through the years, MediCard has put a premium on the well-being of our members,” said MediCard president Dr. Nicky Montoya. “We believe that giving our members a healthy mind and a healthy body empowers each of them to brave the world and be more productive members of our society.”

MediCard also launched its newest innovation, the MACE App, a powerful application that allows members to transact in a nonterminal-based mobile platform such as Android smartphones or tablets.

Setting the mood, palangga, for the special night was MediCard’s newest jingle composed by Louie Ocampo with lyrics by Jules Dacanay.