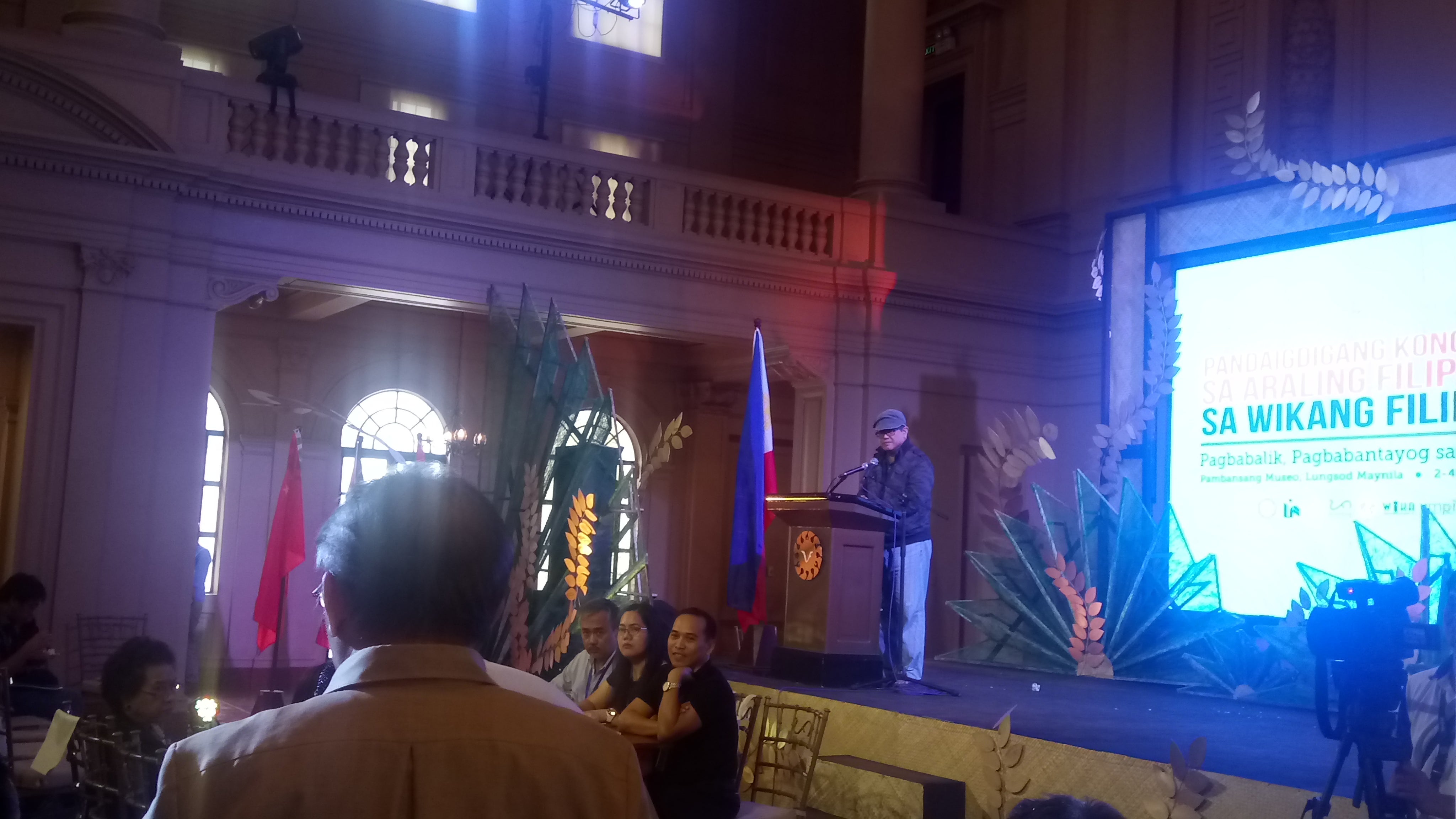 A speaker talks in the afternoon plenary session of the 'Pandaigdigang Kongreso sa Araling Filipinas' on Wednesday, Aug. 2, 2017. The congress which celebrates Philippine Studies will be held until Friday, Aug. 4, 2017, at the National Museum in Manila. INQUIRER PHOTO / MARIEJO RAMOS

As the country celebrates Buwan ng Wika this August, scholars and stressed the importance of using Filipino not only as a language in the streets but also in different fields of education, such as law, economics, business and science and technology.

In his message to participants of the “Pandaigdigang Kongreso sa Araling Filipinas” in the National Museum of the Philippines, national artist and National Commission on Culture and the Arts Chair Virgilio Almario said on Wednesday that it was paramount to make professionals comfortable in using Filipino for studies about the country.

In the University of the Philippines, he cited, Philippine Studies remain sidetracked by other fields, such as Asian Studies and Muslim Studies, who both have their own centers in the university.

The three-day congress, which will be held until Friday, aims to gather scholars, professors, teachers and students in different fields of Philippine Studies.

For Dr. Galileo Zafra, president of Wika ng Kultura at Agham (Wika), it is high time to “intellectualize” the Filipino language.

He explained that while Filipino is still widely used as a spoken language, the country lacks written and published works using the native tongue.

While universities are breeding grounds for a deeper level of use and appreciation of Filipino, achieving their full potential is often negatively influenced by policy changes, such as reducing the number of units needed for general education, which in turn limits the students’ access to subjects on Philippine studies.

“The youth need to discover the richness of our language, so that they will be able to acquire different concepts and perspectives about it,” he said. CBB